Can I sue Ngāti Toa for compensation for the storm damage incurred by their deity? 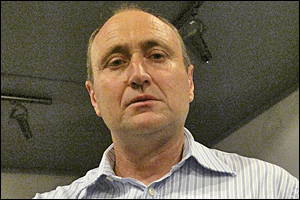 Wind To Be Subject Of Next Treaty Claim

As the Government prepares to negotiate with Maori over ownership of rivers, a Waitangi Tribunal claim is being finalised for Maori to earn a dividend for the use of wind for commercial electricity generation.

Ngapuhi political commentator and Hone Heke Foundation chairman, David Rankin, has been approached by a cohort of hapu representatives to act as spokesperson for the claim.

“I’m not yet convinced about the full merits of the claim,” says Mr Rankin, “but in my preliminary discussions with the hapu representatives, they make some good points and I am hopeful that they will be able to get their claim finalised over the next few months.”

According to Mr Rankin, the planned claim will insist that a pan-tribal body be established to manage shares in commercial wind-generated electricity, and to exercise a casting vote on where wind turbines can be located.

Mr Rankin says that Maori entitlement to the wind can be justified under article two of the Treaty of Waitangi, which guarantees Maori full and exclusive ownership of all their properties. “Traditionally, the wind was regarded as a deity in Maori society, and Maori do not consider the Crown have the right to use it without Maori consent.”

Mr Rankin is encouraged by the recent Tribunal claim for water, and believes that the claim to wind will lead on to other areas of property rights such as aerospace.

Everyone’s toil is for their mouth,
yet their appetite is never satisfied.
What advantage have the wise over fools?
What do the poor gain
by knowing how to conduct themselves before others?
Better what the eye sees
than the roving of the appetite.
This too is meaningless,
a chasing after the wind. (NIV)

One thought on “Chasing after the wind”