I found this piece on John Ansell’s blog. It’s been doing the rounds as “A German’s View on Islam” by Dr. Emanuel Tanay.

But truth matters. Although Emanuel Tanay is real and a holocaust survivor he did not write this article, nor is he German.

The original version is a blog post written by Paul E. Merek. Marek is a second-generation Canadian, whose grandparents fled Czechoslovakia just prior to the Nazi takeover. He is an educational consultant specialising in programs that—fittingly, in the present context—protect children from predatory adults. 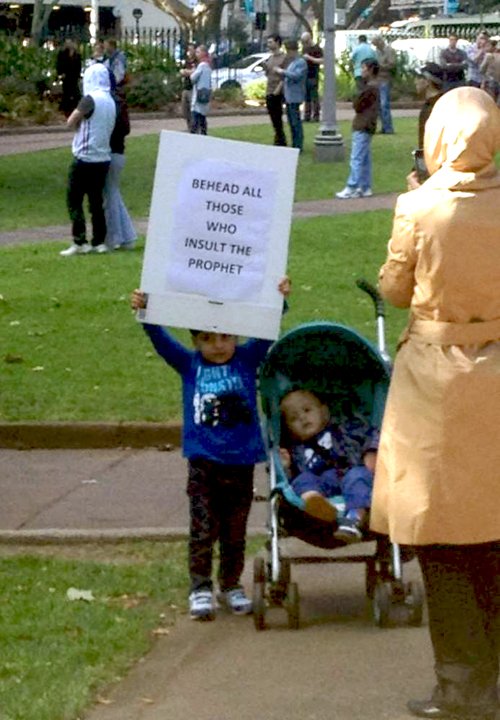 I used to know a man whose family were German aristocracy prior to World War II. They owned a number of large industries and estates. I asked him how many German people were true Nazis, and the answer he gave has stuck with me and guided my attitude toward fanaticism ever since.

“Very few people were true Nazis,” he said, “but many enjoyed the return of German pride, and many more were too busy to care. I was one of those who just thought the Nazis were a bunch of fools. So, the majority just sat back and let it all happen. Then, before we knew it, they owned us, and we had lost control, and the end of the world had come. My family lost everything. I ended up in a concentration camp and the Allies destroyed my factories.”

We are told again and again by experts and talking heads that Islam is the religion of peace, and that the vast majority of Muslims just want to live in peace. Although this unquantified assertion may be true, it is entirely irrelevant. It is meaningless fluff, meant to make us feel better, and meant to somehow diminish the specter of fanatics rampaging across the globe in the name of Islam.

Communist Russia was comprised of Russians who just wanted to live in peace, yet the Russian Communists were responsible for the murder of about 20 million people. The peaceful majority were irrelevant. China’s huge population was peaceful as well, but Chinese Communists managed to kill a staggering 70 million people. The average Japanese individual prior to World War II was not a war-mongering sadist. Yet, Japan murdered and slaughtered its way across Southeast Asia in an orgy of killing that included the systematic murder of 12 million Chinese civilians – most killed by sword, shovel and bayonet. And who can forget Rwanda, which collapsed into butchery? Could it not be said that the majority of Rwandans were “peace loving”?

Peace-loving Germans, Japanese, Chinese, Russians, Rwandans, Bosnians, Afghanis, Iraqis, Palestinians, Somalis, Nigerians, Algerians and many others, have died because the peaceful majority did not speak up until it was too late. As for us, watching it all unfold, we must pay attention to the only group that counts: the fanatics who threaten our way of life.

One thought on “Why the Peaceful Majority is Irrelevant”