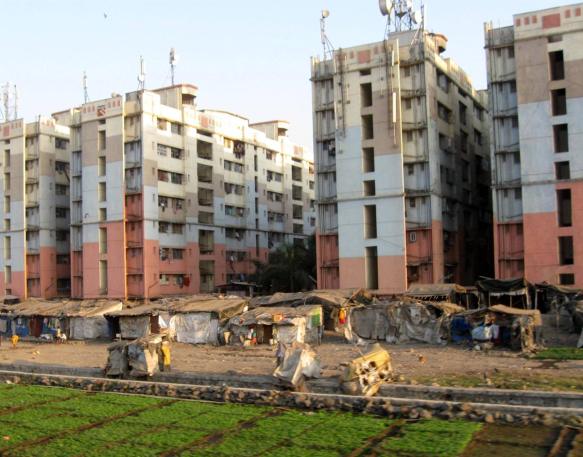 It looks as if Auckland is to become the most Un-livable City in the world.
Mayor Len Brown and his Socialist Council are orchestrating a Housing crisis via their refusal to allow the city to expand it’s boundaries so that much needed land can be developed to cope with increasing demand for New Homes.

“Property expert says up to 20 per cent of Auckland’s homes must go for infill and high-rise to cope with growth.

Between 50,000 and 80,000 Auckland homes have to be demolished and replaced with townhouses and apartments to create the world’s most liveable city, says a housing expert.

Martin Udale, ex-chief executive of McConnell Property, yesterday said that up to one in five of the city’s 385,000 existing homes had to be replaced with infill housing to accommodate an extra 1.2 million people over the next 30 years.” 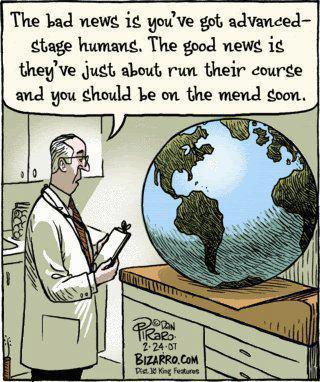 The Agenda.
Anyone who know anything about politics will recognize that like many cities around the country… around the Globe… The Super-city is being made to conform to the United Nations socialist Agenda 21 whereby the Communist Mankind hating, Nature worshipping, Control freak Green philosophy is to Force Populations to exist in ever increasing Density… the underlying idea being that this will force population growth to slow, and Preserve The Natural world from the Effects of the Human Contagion.

In the Minds of the Socialist Tree Huggers, This Tyranny is the Embodiment of Enlightenment… Caging Mankind…and thereby saving the Planet.
They seek nothing less than absolute control.
They believe owning your own home with a ¼ acre section and driving about in Greenhouse gas makers whereeva / wheneva you please… are Decadent extravagances… which they intend to take away!
And they are busy implementing these delusions as we speak!
This Socialist Movement and sycophant Media are busy undermining the Kiwi dream by making out that it is Greedy, and selfish… and evil. >>>”Urban sprawl“<<< And these delusions are shared by the City Councils everywhere, and around the globe they are attempting to force the Growth of High rise apartment buildings at the expense of the home and back yard. They're hoping that within a generation that the Kiwi Dream... for city folk... will be completely forgotten, and that High-rise ‘projects’ and ‘Ghettos’ will be thought of as ‘Normal city life’… and of course this congestion will exaserbate Traffic jams, inner city Parking costs will skyrocket… so why own a car? Why not ride *that train* which the council has conveniently built right next to your Building? Owning a Car and living in a single family detached home will become more and more the preserve of the upper class. 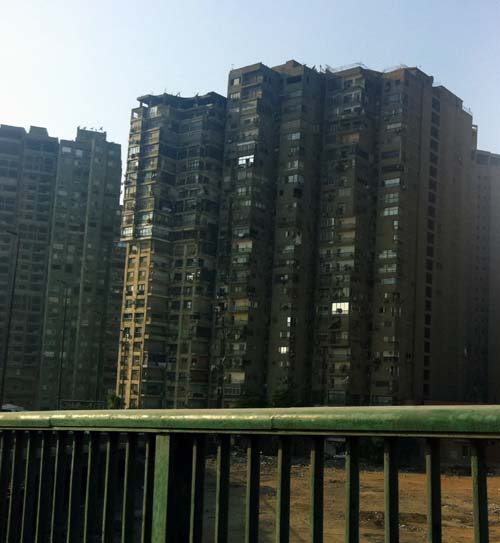 The UN agenda 21 is to force cities into high density vertical expansion.

Agenda 21 described…
“Agenda21 is global socialism directed through the United Nations. “Smart Growth” is doublespeak for planned communities. “Sustainable Development” means a centrally planned economy. “Industry Clusters” are government work factories. “Green Design” is the clustering of people in 700 sq/ft, 14 story “pack and stack” living quarters with your personal universe restricted to walking distance or light rail travel to your place of work. This is the reinvention of Mao’s China.”
Quoted from here:

The Platitude.
Yes To Live like Ants… Len Brown would have us believe… will make Auckland the most livable city on Earth!

Super City Councilor Dick Quax raised his concerns about this Diabolical Agenda recently at The Liberty Conference held earlier this month in Auckland.

Read about what he said here:
Now if you have read what Dick Quax said at the Liberty Conference, or are familiar with the goings on in Len Browns Council, you will be aware that to achieve his Socialist Utopia that Rates must increase at an annual rate of over 5%… which is 2.5 times current inflation, and despite this Revenue Grab, Mayor Brown will still have to borrow an extra 1 billion dollars per Year!

The Ploy….
Looking from his Ivory Tower Len Brown has already seen the stirring of a Plebs rebellion … as outraged Aucklanders vent their anger at their massive Rate hikes.

Election time is fast approaching (next year)… and so what do we see in today’s Herald?
Nek Minit….. An article appears in which Len claims he is attempting to trim his Rate hikes to 2%!
Herald Reading Jaffas may have exclaimed “What a relief!”
Sorry folks… This is Barefaced Machiavellianism!
In this article Mr Brown has the audasity to claim that up comming Elections has not been a factor in his attempts to reduce his sheduled rates hikes! 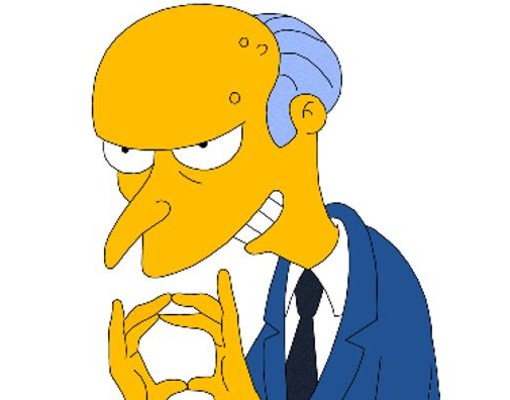 Schemer Auckland Mayor Len Brown.
Mr Brown said he was not giving any thought to next year’s election…

Ask yourself people …What Politician gives no thought to up coming elections?
One thing is certain. Socialist Powertrippers like Len Brown certainly think about elections… a lot!
Because they believe Political Power and coercion is essential to ‘save the world’, they have no sence of achieving goals in freedom, via voluntary community action.
Len Brown is straight out Lying!

Many Green fanatics wont care about the finacial or human costs of implimenting the UN Agenda 21.
They wont care that Len lies to get re elected… they are true believers!
I dont waste my breath attempting to reach such people.
Yet to those of you with even a modicum of rationality must realise that Len is not attempting to reduce his rate hikes out of any benevolent concern for Aucklanders!
He is doing this out of self interest.
He is posturing himself for Re-election!
And what he is not saying is that his reduction in Rate hikes will translate into even greater increases in city dept and interest payments!

because his juggernaut will not be stopped!

What Aucklanders need to ask themselves is why they would wish to Re elect such a heavy handed, deluded and, callous person… whom clearly does not have their best interests at heart, but puts his own megalomaniac schemes first… and expects Aucklanders to carry the costs?

Aucklanders Need to listen to what Councilors like Dick Quax, and how Auckland could be saved from this Socialist Nightmare, and the Kiwi dream restored by removing the Draconian restrictions on Land development… and allow the City to expand outwards. This will cause House prices to stabilize, and even make the construction of cheaper houses possible.
And with more space… everyone, esp the children will have a better quality of life than the Slum conditions, the heavy Rates bills, and the lack of personal transport which are all the inevitable consequence of Len browns implementation of Agenda 21.

Power crazy Len Brown and his UN Flunkies must be stopped!
Get involved with the development of a New Libertarian political organisation to get Libertarians into city council.
I will blog more on this New Organisation as things develop.
But don’t wait…Get involved!
Make submissions!
Oppose Len Browns Unitary plan!

The Herald finnishes…
‘How can the public have a say?
The Auckland Council is drawing up a rulebook, the unitary plan, for residents and developers. Discussions have started with local boards and some groups. The draft plan will be released in March.’