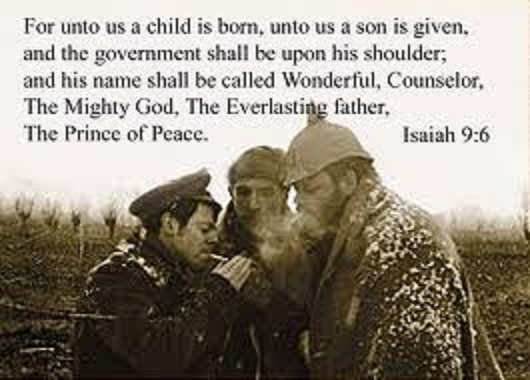 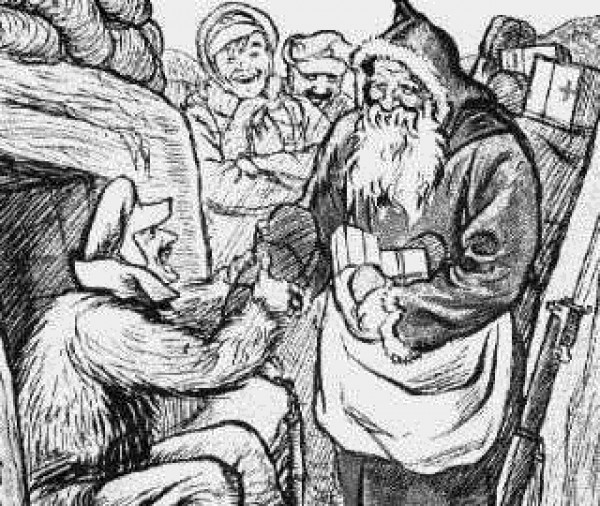 At Christmas, 1914, there occurred several informal truces at various points along the trench-lines of Northern France and Belgium. It may well be that there were other places where truces took place, but our precise knowledge of events is limited by the amount of direct, eyewitness testimony which has so far been discovered. Nevertheless, there are enough trustworthy reports (and even a few photographs) to convince us that something extraordinary happened that first Christmas of the war, and that it was not entirely an isolated happening.

The image of opposing soldiers, shaking hands with each other on one day and then deliberately trying to kill each other the next, is a powerful one, and one which is part and parcel of remembrance of the Great War. It was, perhaps, a last example of open-handed chivalry before the squalor and horror of the next three years changed the old world for ever. 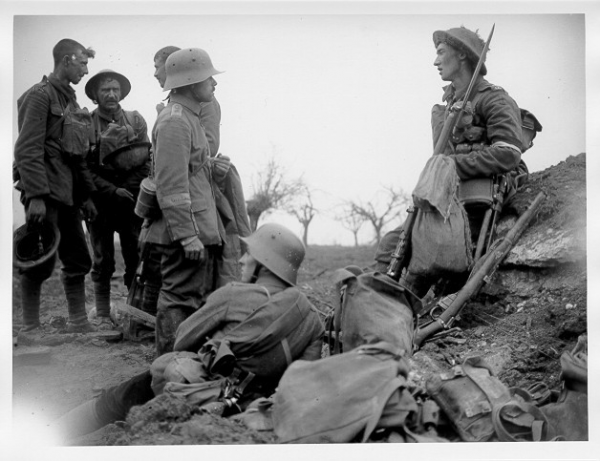 One thought on “Prince of Peace. Christmas Truce.”