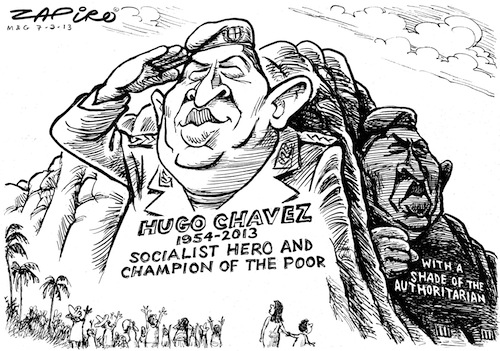 This is Great Legacy of Hugo Chavez … Socialism Sux Arse!
Same shit, Different town.
Socialism always leads to this!
According to some Migrant friends of mine, In Mugabe’s Zimbabwe, with hyperinflation it was/is cheaper to wipe your arse on their ‘ten dollar bills’ than on a square of dunny roll!
That anyone can still believe in Socialism defies rationality!
It’s Bat shit crazy!
Absolutely Disastrous!
Only Vain Powertrippers and Morons support Socialism!
Read this article… 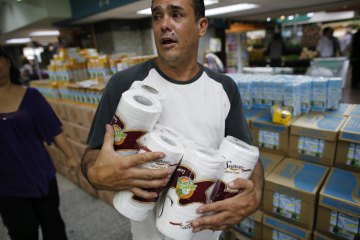 “Venezuelans are used to going without staples like milk, coffee and butter, thanks to the country’s frequent food shortages. But now they’re dealing with a much more urgent crisis: a lack of toilet paper.

Stores have run out, and each new delivery sees a rush on supermarkets. The demand is so great the government has now been forced to order 50 million rolls to appease desperate shoppers. One woman standing in line at a Caracas supermarket that received a fresh delivery told the Associated Press that she had been scouring the capital city’s shops for two weeks. “Even at my age, I’ve never seen this,” another, 70-year-old shopper told Sky News.”

5 thoughts on “Chavez Socialist peasants left wallowing in a puddles of their own filth.”