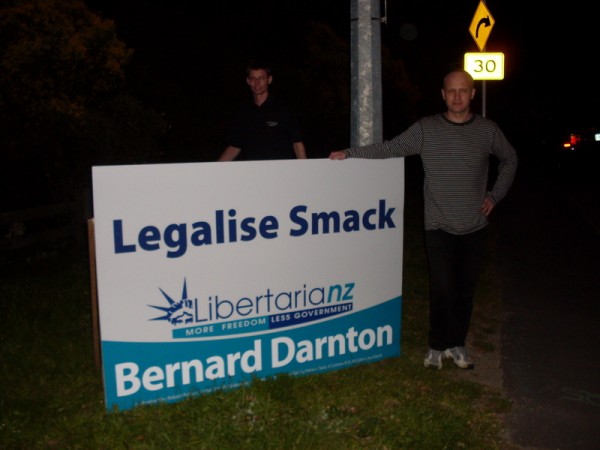 The Libertarianz Party today endorsed the candidacy of Aotearoa Legalise Cannabis Party leader Michael Appleby in the Ikaroa Rawhiti by-election, but labelled the continuing existence of Maori seats in Parliament as insulting and demeaning to New Zealanders of Maori descent.

Spokesman Richard McGrath, who works as medical officer at a drug and alcohol treatment clinic, said the ALCP and Libertarianz Parties share the core value of freedom of choice for adults and a policy of ending the expensive and fruitless war on people who use recreational substances.

“We are happy to endorse Michael in his efforts to stop the harrassment of peaceful New Zealanders,” said Dr McGrath.

“However, it is high time the Maori seats were consigned to the dustbin of history. There should be one law for all in New Zealand, with no room for the institutionalised racism and tokenism of Maori seats in the House of Representatives.”

“That we continue to tolerate this slight upon Maori people reflects badly on our politicians. Maori New Zealanders are just as capable as those of other ethnicities. To treat them as helpless cripples is disgraceful and a blight upon our electoral system.”