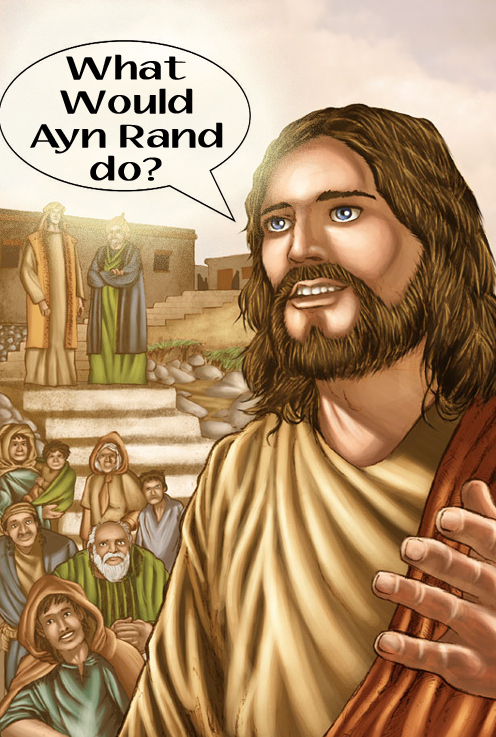 It’s not just a low blow. It’s lower than that. It’s a Facebook group.

I shall hasten to answer: “Yes”—then proceed to explain and qualify it. There are many confusions on these issues, created by the influence and implications of the altruist morality.

There is nothing wrong in accepting private scholarships. The fact that a man has no claim on others (i.e., that it is not their moral duty to help him and that he cannot demand their help as his right) does not preclude or prohibit good will among men and does not make it immoral to offer or to accept voluntary, non-sacrificial assistance.

A different principle and different considerations are involved in the case of public (i.e., governmental) scholarships. The right to accept them rests on the right of the victims to the property (or some part of it) which was taken from them by force.

The recipient of a public scholarship is morally justified only so long as he regards it as restitution and opposes all forms of welfare statism. Those who advocate public scholarships, have no right to them; those who oppose them, have. If this sounds like a paradox, the fault lies in the moral contradictions of welfare statism, not in its victims.

She regarded it as restitution and opposed all forms of welfare statism. Problem?

Since there is no such thing as the right of some men to vote away the rights of others, and no such thing as the right of the government to seize the property of some men for the unearned benefit of others—the advocates and supporters of the welfare state are morally guilty of robbing their opponents, and the fact that the robbery is legalized makes it morally worse, not better. The victims do not have to add self-inflicted martyrdom to the injury done to them by others; they do not have to let the looters profit doubly, by letting them distribute the money exclusively to the parasites who clamored for it. Whenever the welfare-state laws offer them some small restitution, the victims should take it . . . .

The same moral principles and considerations apply to the issue of accepting social security, unemployment insurance or other payments of that kind. It is obvious, in such cases, that a man receives his own money which was taken from him by force, directly and specifically, without his consent, against his own choice. Those who advocated such laws are morally guilty, since they assumed the “right” to force employers and unwilling co-workers. But the victims, who opposed such laws, have a clear right to any refund of their own money—and they would not advance the cause of freedom if they left their money, unclaimed, for the benefit of the welfare-state administration.

When it comes to slaggin’ socialists, Ayn Rand is unsurpassed.

Bow down before the Rand!

We are not worthy!