‘You will be next’: Hate preacher who recruited Nairobi mall massacre killers warns of attack on British soil 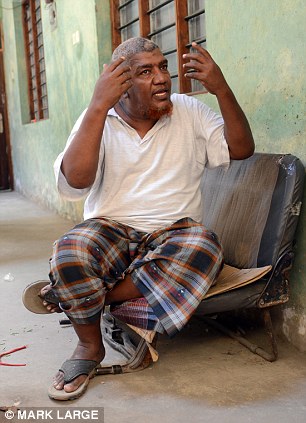 “Asked if terror would be brought to Britain, Makaburi said: ‘Yes. The British will be targeted personally. That means tourists on the streets will be killed. You will all die.”

This won’t be difficult given that England have allowed so many muslims(who subsequently become jihadists) to come and live in their country.

Read more >>>Here<<<< ******* The depth of Evil in this Hate Preacher is unfathomable! He is engaging in terrorism via his very words! Why do you think he is saying this stuff? Out of the goodness of his heart? Its not a warning.... *It is the terror at work!* If the West starts persecuting Muslims out of fear... in response to this sort of Fear mongering... they will be working in the terrorists favour. This Machiavellian devil actually hopes the British people will start to persecute Islamic migrants and Britons as he knows that such oppression will appear to legitimise his hatred, and give birth to the Jihadists he lusts for! I am not saying The West should pander to Islam. I am saying they must uphold Justice and equality.... not be driven by fear.... which is the chief power of the terrorists. Nor am I merely waving my hand at what this Devil preaches. Britian is vulnerable to such terrorism.... All western nations are vulnerable. what I am saying is that an oppressive fear driven reaction to such preaching is not the solution.... but part of the problem. Ie innocent people get oppressed simple because of their race or religion and this oppression generates real.... almost justifiable.... repercussions. It is only by upholding justice, Freedom and equality.... for all.... including Muslims... is the high ground is maintained... the very things which distinguishes Enlightened Civilisation from the Terrorists. That is what is at stake. Nothing less! The West must be brave and Endure! We must come up with more rational and just means of over coming the terrorists threats which dont involve compromises in the Rights and liberties of any portion of our Citizenry. Any simplistic compromise on this results in a victory for terrorism. The solution is far more complex. I urge my Christian brothers and sisters to preach the Gospel of God's grace through Christ! This is ideological struggle. Tim Wikiriwhi Christian Libertarian. Read more about how Terror is used to justify Power grabs >>>here<<< Read about how Hate generates hate >>>Here<<< Read about Terror and the Higher path >>>here<<<

2 thoughts on “You will be next! The power of the terror mongers. When fear dominates reason… evil prevails”