Dissimulation is the truth and nothing but the truth. But it’s not the whole truth. 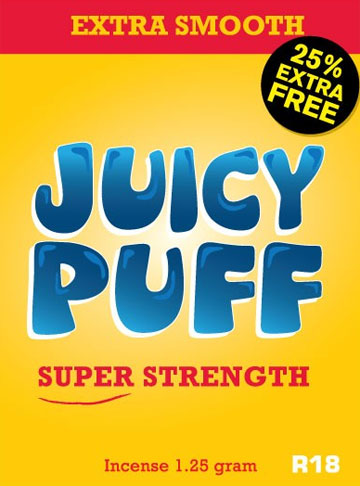 It is, or was, a Cosmic Corner brand of fake cannabis. It has an interesting history. Back in July 2011 it was suddenly ordered off the shelves by the government and removed from sale .

A company ordered by the Ministry of health today to remove a legal alternative to cannabis says it had no idea it contained a prescription drug.

The same medicine was found in Kronic Pineapple Express ordered off the shelves by the government on Thursday.

Dr Woods said phenazepam could only be legally supplied when prescribed by a doctor or other prescriber.

It was not available in New Zealand and used only in one country for the short-term treatment of anxiety and as an anticonvulsant.

Phenazepam is an obscure benzodiazapine. So obscure, in fact, that many countries have not gotten around to making it illegal. So it is readily available online from legal high suppliers. The same suppliers who supply the synthetic cannabinoid(s) that are the active ingredients in fake cannabis products such as Juicy Puff!

However, the company said it was only a retailer of the product and did not manufacture or import the product.

Company spokesman, Mark Carswell said Juicy Puff Super Strength was one synthetic cannabinoid blend out of the fifteen sold by Cosmic to have been contaminated by a small amount, 240 parts per million, of the prescription medicine phenazepam.

The product had been purchased in good faith from an Auckland firm, London Underground, he said.

“Juicy Puff Super Strength is not intended to contain phenazepam, and Cosmic was not aware that it contained phenazepam.”

Cosmic would cooperate with the Ministry of Health to ensure a safe and efficient recall, Mr Carswell said.

People should return all unused Juicy Puff Super Strength product to any Cosmic store and they would be given a store credit.

Industry leaders would meet on Monday to consider a code of practice incorporating a testing standards to ensure materials were screened for contaminants.

It was a clear case of contamination. (Warning: May contain traces of nuts phenazepam.) 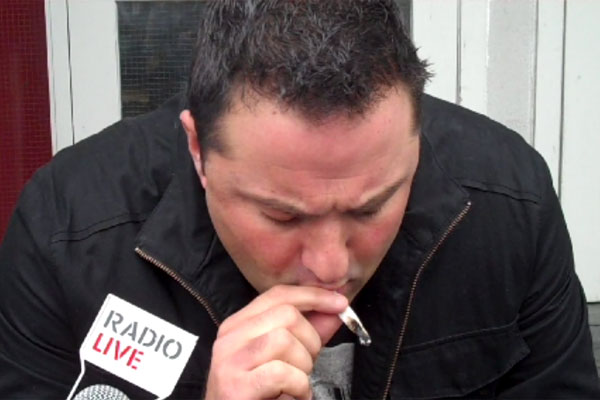 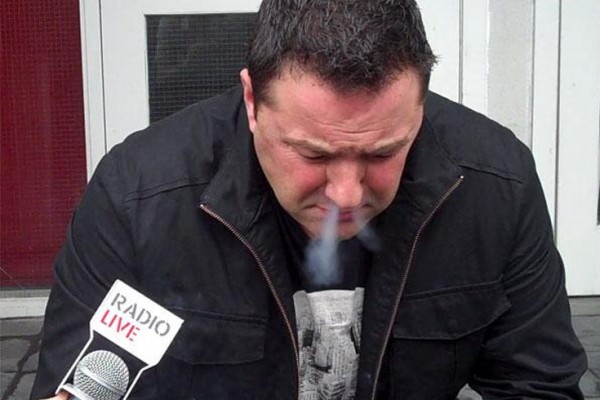 If the existence of idiots who ignore simple instructions, well-intentioned advice and plain old common sense is a sufficient reason to ban a psychoactive product, then Garner made a convincing case! Perhaps that was his intent. Duncan Garner is a prohibitionist. Whereas spokesman for the legal highs industry, Grant Hall, also smoked the product on camera at Radio Live. Recreationally. No worries.

That was back in May this year. By that time, and since, the active ingredient in Juicy Puff was, and has been, AB-FUBINACA.

Do I remember Juicy Puff?

I certainly do. It was one of my favourite fake cannabis brands. AB-FUBINACA is one of the best synthetic cannabinoids out there. It’s very trippy. You only need ONE toke of the stuff and you’re stoned as! (Someone should have told Duncan Garner.) In my experience, another couple of tokes will get you a bit more stoned, but after that don’t bother. The effects of the drug seem to have a ceiling. Also, tolerance builds very rapidly. And it leaves a truly disgusting chemical taste in your mouth. For flavour, the naturally occurring terpenes in cannabis can’t be beat. In fact, smoking herbal cannabis is a better, safer experience in all respects. 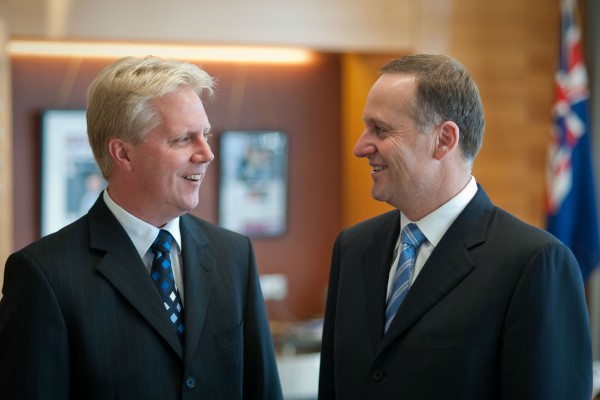 Does the Ministry of Health remember Juicy Puff?

I figured that if it had been banned, the Ministry of Health would have notified us of the fact on their Interim product approvals web page.

In the past, when products given interim approval have subsequently had their interim approvals revoked, they’ve been *cut* from the page section headed Interim product approvals and *pasted* into the page section below headed Interim product approvals refused and revoked. Minus the information about the identity of the now banned active ingredient and its quantity. Why would the MoH delete that information?

Do you think I’m being paranoid? Well, recently I’ve been worrying a lot that I’m being paranoid. I figure that means that either I’m paranoid or I have an anxiety disorder. Either way, I’m not a well man. But I digress.

It came to my attention recently that Juicy Puff has, in fact, been banned or discontinued. Well, it has according to the Dominion Post, and here’s why.

This is what the MoH tells us now about nine other products still on the market.

I put it to you that the Ministry of Dissimulation doesn’t want us to know that NINE products whose approval they haven’t revoked contain the very same ingredient—that purportedly causes UNCONSCIOUSNESS and SEIZURES—in amounts per gram greater than the one product whose approval has gone.

2 thoughts on “Ministry of Dissimulation”