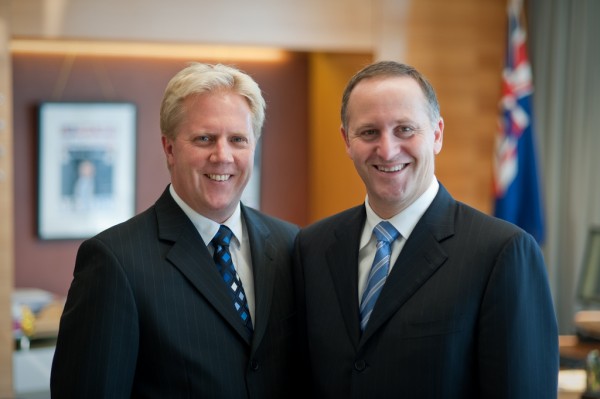 Yesterday’s post was about a Cosmic Corner brand of fake cannabis. Back in July 2011, Juicy Puff was suddenly ordered off the shelves by the government and temporarily removed from sale after it was found to be contaminated with phenazepam.

Here’s what Associate Minister of Health Peter Dunne had to say at the time. (Emphasis mine.)

DRUG REFORM ON THE WAY

Associate Minister Peter Dunne today said finding phenazepam in a second product within a week reinforced the problem of suppliers being able to put unregulated drugs on the market.

“The people in this industry are generally not trustworthy or reliable,” he said.

“They are fast-buck merchants who, on the one hand claim to be offering a legal and safe alternative to illicit drugs, then throw their hands in the air and say they do not know what is in their products when our testing catches them out.

“They cannot have it both ways.”

Dunne said restrictions that would curb the marketing and advertising of synthetic cannabis products were just weeks away, and would be made through amendments to the Misuse of Drugs Act.

“In the longer term the solution we are looking at is reversing the onus of proof and making the manufacturers and suppliers prove their products are safe before they get anywhere near the market.

Currently, authorities have to prove such products were unsafe before they could be taken off the market. “We are doing that successfully, but it is not an ideal process. It is cart before horse and the restrictions that will come in the next few weeks are an important step in addressing these issues.” 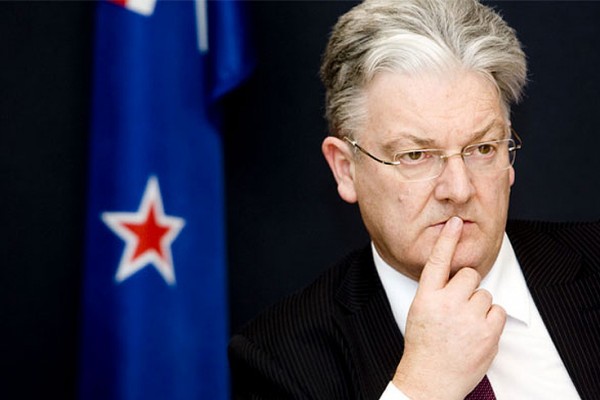 Here‘s what he told the United Nations Commission on Narcotic Drugs when he took the world stage in Vienna, Austria earlier in 2013. (Emphasis mine.)

While we have placed more than 30 synthetic cannabis-like substances under temporary bans, but we are aware that there are potentially hundreds more that could replace them.

Last month, the New Zealand Government introduced new legislation into our Parliament that will end the game of catch-up once and for all.

He said the same thing in 2012. It’s what he’s said all along, time and again. In his capacity as a Cabinet minister. On behalf of the New Zealand government. (Emphasis mine. Click the banner below for the official statement from the Beehive.)

None of these products will come to market if they have not been proven safe.

The National government is in breach of the Act. Someone should take these conscienceless psychopaths to court. They’re criminally insane.

What’s the damage? Kidney failure is the damage. A government approved product called Kryptonite has caused some test subjects to experience

Back when it was still on the official records, and approved for sale from approved outlets, this is what the MoH told us about Kryptonite.

What are SGT-7 and SGT-19? The Ministry of Health has never told us, and neither have the manufacturers or suppliers, even though Section 58 the Psychoactive Substances Act says

You’ve never previously heard of ADB-CHICA or 4-fluoro-AM2201, right? Well, neither have I, and neither has Google. We still don’t know WTF-7 and WTF-19 they are.

Suppose that someone other than the manufacturers and the Ministry of Obfuscation knew the chemical identities (structures) of these substances? Could they have reasonably guessed that they would cause serious adverse effects such as kidney failure? Well, it’s reasonable to think so. Indeed, I sounded the alarm here a few months ago.

The problem here is that XLR-11 has been linked to acute kidney injury in some users. Now the Ministry of “Health” has seen fit to approve an analogue of a suspected kidney toxin for human use. But it’s legal so it must be safe, right? Yeah right.

But it turns out there’s a problem in my reasoning. You see, we can take an educated guess that analogues of known nephrotoxins are quite likely unsafe. But we don’t know which structural similarities count. Some wise heads in the online drug-using community have suggested that the culprit is not the backbone of the XLR-11 molecule (i.e., the ring structures) but the fluoropentyl side-chain. And there’s at least three products with interim approval that contain a fluoropentyl side-chain, viz., 5F-PB-22, (S)-N-(1-amino-3, 3dimethyl-1-oxobutan-2-yl)-1-(5-fluoropentyl-1H-indole-3-carboxamide and 1-(5-fluoropentyl)-3-(4-fluoro-1-naphthoyl)indole.

However, in the event it’s none of the suspects above that have so far caused kidney failure in some users. It’s one or both of ADB-CHICA or 4-fluoro-AM2201. And what this means is that we cannot make a reasonable educated guess as to which synthetic cannabinoids are possible nephrotoxins. They’re all suspect.

The National government is conducting medical experiments on New Zealand citizens without their informed consent. Really, they’re only one step away from the Tuskagee syphilis experiment and two steps away from the Nazi human experimentation of Josef Mengele.

The National government is criminally insane. And must be stopped.

15 thoughts on “The National government is criminally insane”