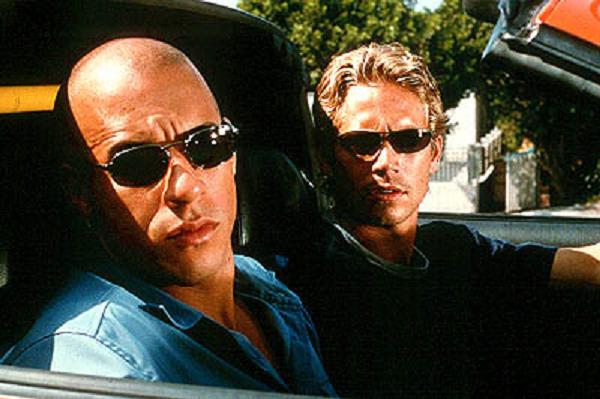 News of Paul Walker’s death has flooded the net and facebook, and I must confess to being cynical about all the fuss.
Not knowing that much about him, and not really being all that much of a ‘Fast and Furious’ fan, I was thinking that all this hype was kinda silly, and that he died being a bit of a stupid bugger… just another Hollywood.

I was thinking that the prime mover of what fans were really upset about was not that a person was dead, but that they were driven by *Envy*… they were pissed that *Someone who had the world at his feet*… some one with Money, Fame, and Sex Power was dead…. so young… so many Babes left unslayed…. so many bags of blow left un-snuffed.
Yes…. most of these bleeding hearts change the channel when ever their local news reports about ‘ordinary folk’ dying in their own towns and villages.
Fickle as.
Paul Walker…. Just another Norma Jean. 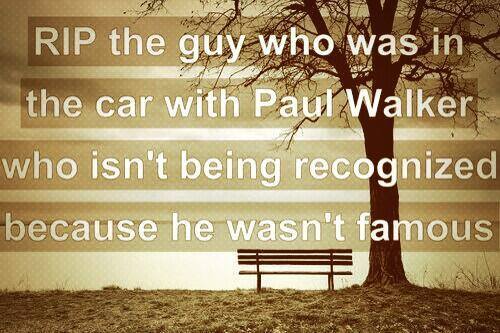 I should not have been so jaded…
The truth is…. for better or worse Movie stars and Rockers do play a significant roll in ‘us plebs’ lives… they enrich our sometimes mundane existences … they add poetry and dramatic effect to our experiences, and they give us visions and dreams.
And personal success and beauty are indeed things to be admired and enjoyed.
Most importantly I forgot that Famous people are ordinary people too… 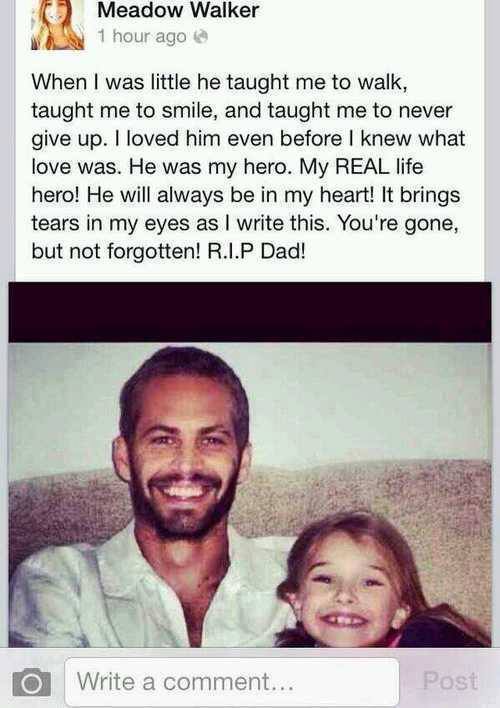 Paul Walker has left behind a grieving Daughter….

The more I think about this the more I begin to see that it is more likely my cynicism which is germinated from envy.
Maybe it is because it’s easier to appreciate the value of human life …the waste…. the loss… the tragedy when a Rich, beautiful, and famous person dies…. than when a Starving Ethiopian dies many people probably think they are better off! ???

What I now want to talk about is an Irony.
It’s both a great pleasure, but something that also adds extra grief… there was more to Paul Walker than merely Looks, Talent, fame, fortune,…
Indeed he was *the Full package*…. he was not only outwardly handsome …. he had depth of soul… he was a caring, charitable, Christian.
Praise the Lord… this makes his death even more tragic…. the world needs people like him.
He died while engaged in charity work for the Philippines Typhoon relief.
Which in itself is a testimony of a humanitarian.
What-more… according to Ray Comfort…. Paul was also a man who shared the Good news of Salvation and Eternal life through Jesus Christ!
He was a cool Christian!

“Many people know Paul, but not everyone knows his story. Paul Walker has traveled around the world helping those in need after natural disasters. He was one of the few celebrities to donate over $2.5 million dollars to people who were in need of shelter and food. He was a true hero.
Share To Show Respect –> R.I.P Paul Walker ” 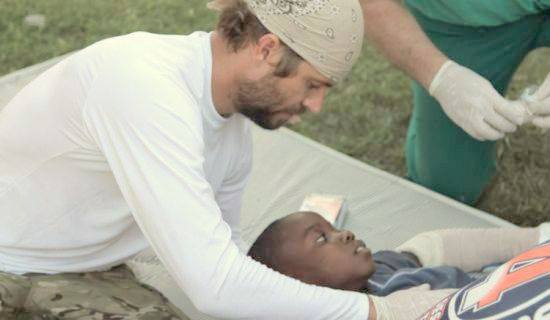 Paul Walker, on atheism (source IMDb):
“I’m a Christian now. The things that drove me crazy growing up was how everyone works at fault-finding with different religions.” 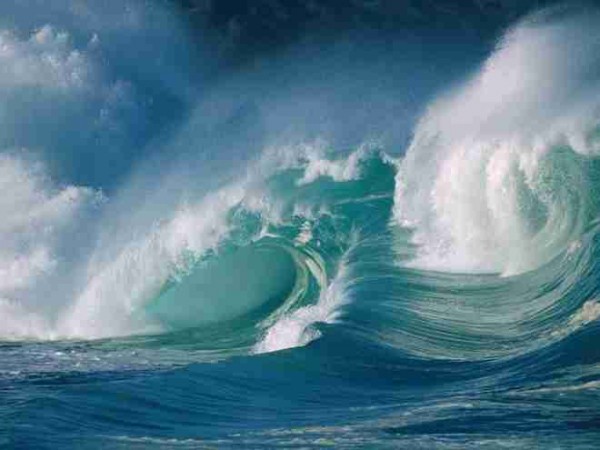 “The people I don’t understand are atheists. I go surfing and snow boarding and I’m always around nature. I look at everything and think, ‘Who couldn’t believe there’s a God? Is all this a mistake?’ It just blows me away.” 150,000 people die every 24 hours. Those who repent and trust alone in Jesus have everlasting life.”
Paul Walker.

Paul’s testimony is for mortal sinners to trust in Jesus! 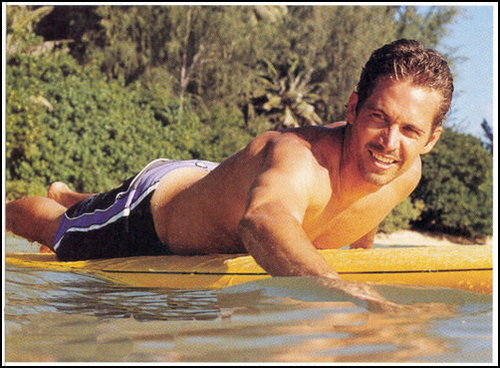 Now when I contemplate all his achievements…. his testimony, and charity…. I am humbled.
Paul Walker truly was a man to be admired.
He’s not even dead!

Update: You gotta check out this link below!

From Tinseltown to tsunami-zone: Moving never-before-seen images of Paul Walker’s inspirational charity work across the globe

11 thoughts on “Paul Walker. Not just another Norma Jean.”