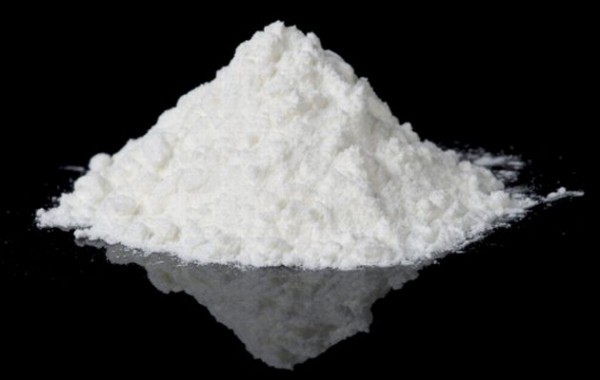 There are two kinds of recreational drug in this world.

In the year 1900 there were no illegal drugs in New Zealand but lots of anti-Chinese racist sentiment.

Here’s the story of the ascent of prohibition. (Partly told by the government funded Law Commission in Chapter 4 of the Law Commission’s Issues Paper on Regulating and Controlling Drugs.)

4.7 [The Opium Prohibition Act 1901] contained New Zealand’s first prohibition on drugs. It seems to have been directed primarily at Chinese immigrants. The Government at the time was concerned that the practice of opium smoking by Chinese migrants would spread if it was not banned. The Opium Prohibition Act prohibited the smoking of opium. It also prohibited the importation of opium in a form that was suitable for smoking. Although it did not prohibit other imports of opium, a permit issued by the Minister of Customs was needed before any opium could be imported or exported.

4.8 The Opium Prohibition Act discriminated against Chinese. Firstly, they could not obtain permits to import or export any opium at all. Secondly, the Act allowed the police to search premises occupied by Chinese without a warrant if they had reasonable cause to suspect that opium was being smoked in those premises. In contrast, the police had to obtain a search warrant before they could search other premises. After 1910, a Chinese person could not lawfully buy any opium at all without a doctor’s prescription or an authority from the Minister of Customs, while other people were still free to purchase opium without these restrictions.

4.9 The development of New Zealand’s drug law during the 20th century has largely been shaped by international drug conventions. International action aimed at controlling the distribution of opium and later other drugs began with the Shanghai Declaration in 1909 and the first Opium Convention at The Hague in 1912. New Zealand, along with many other countries, acceded to the Opium Convention after the First World War. The Opium Convention required parties to regulate the importation and distribution of opium and certain other drugs. New Zealand had already consolidated earlier legislation relating to opium in the Opium Act 1908, and implemented the Convention by extending the controls in the Opium Act to the importation and distribution of morphine, heroin, codeine and other opium preparations, and cocaine.

4.10 Later New Zealand also acceded to the International Convention relating to Opium and Other Dangerous Drugs 1924 and subsequent amending protocols. These required parties to impose controls on the manufacture, importation and exportation, sale and distribution of a growing range of drugs. In 1925, cannabis, which was known then as Indian hemp, was added to the list of drugs which countries adhering to the 1924 Convention agreed to control. Further international agreements and conventions during the subsequent years extended the range of substances that parties were required to control.

“The development of New Zealand’s drug law during the 20th century has largely been shaped by international drug conventions” is a very good summary, and so is “a growing range of drugs.”

We’ve suffered under the Misuse of Drugs Act 1975 ever since. The trend in the number of prohibited drugs has ever been to increase.

The Misuse of Drugs Act 1975 lists illegal drugs in three main schedules, the First Schedule (Class A), the Second Schedule (Class B) and the Third Schedule (Class C). As new recreational drugs came to market, they were added to the schedules. The number of prohibited drugs continued to increase.

However, the scheduling of drugs in the Misuse of Drugs Act bears little relationship to their actual risks.

4.31 As has been noted, the Blake-Palmer Committee recommended that drugs controlled by the Act be allocated to schedules that broadly reflect their relative potential to cause harm. Accordingly, drugs controlled by the Act have been classified as Class A, B or C and listed in Schedules 1, 2 or 3 respectively. An amendment to the Act in 2000 clarified that substances classified as Class A drugs are considered to pose a very high risk of harm, while Class B drugs pose a high risk, and Class C drugs a moderate risk. Another amendment in 2000 established the Expert Advisory Committee on Drugs, with the mandate to evaluate substances, assess their potential for harm against criteria set out in the Act, and recommend appropriate classifications.

4.32 Despite the changes in 2000, the classification of most controlled drugs already under the Act has never been reviewed. Only drugs that have been classified or reclassified since the Act was amended in 2000 have been assessed against the criteria for determining harm. Consequently the current classifications of a number of drugs may not accurately reflect current knowledge and understanding about their risks.

The last sentence is an understatement. There is little rhyme or reason to the scheduling in the Misuse of Drugs Act. For example, one of the safest known drugs is psilocin. It’s Class A.

Let’s be clear. Our political masters have never scheduled drugs according to their potential for harm. We know this, because no drug whose harms are known has ever been classified as posing less than a moderate risk of harm. No drug that poses a demonstrable low risk of harm has ever been classified as such. (Except, briefly, BZP.) Our political masters’ intent in the past has always been to schedule drugs – as A, B or C – regardless of their harm.

In 1986, the designer drug MDMA (the original “ecstasy”) was added to Class B. MDMA was by no means the first designer drug, but it became popular during the mid-’80s when the term ‘designer drug’ was coined. But, with the upsurge in the number of new designer drugs becoming available, legislators realised that they couldn’t keep up.

The Law Commission has this slightly wrong. Analogues were not specifically listed in Schedule 3. Rather, a formula was provided. For example, amphetamine analogues were covered by listing a number of chemical groups, such as bromo-, iodo-, methyl- and methoxy-. Attaching any of the specified groups at any position on the benzene ring of the amphetamine backbone automatically creates an amphetamine analogue. But what about unusual groups that aren’t listed?

… A subsequent amendment in 1996 amended the definition of Class C drug to include all controlled drug analogues, which dispensed with the need to list them in Part 7.

4.42 This amendment was made to address the emergence of new synthetic designer drugs that had been developed by subtle chemical changes to prohibited drugs as a way of avoiding the provisions of the Act. The definition of analogues has caught a number of substances that would otherwise have had to be separately scheduled.

There are two methoxy groups attached to the benzene ring, but also a propylthio- group which wasn’t specified in the 1988 amendment. So, is 2-CT-7 a scheduled amphetamine analogue, or not, according to the 1988 formula? Is it a controlled drug analogue, or not, according to the 1996 amendment? 2-CT-7 certainly seems structurally similar to amphetamine, but is it really? In 2007, the Ministry of Health

suggested that it would be useful to amend the Misuse of Drugs Act by adding “and/or alkylthio radicals” to sub-section (d) under “Amphetamine Analogues”. Such an amendment would include 2C-T-7 in the definition of an amphetamine analogue.

Why go to the trouble of doing that? Just to make sure? The amendment was made.

4.43 While the inclusion of analogues addresses the issue of subtle changes in a drug’s chemistry, it does not address the emergence of new synthetic drugs with distinct chemistry. Such substances need to be separately assessed and classified before they come under the Act.

Peak prohibition. Are we there yet? You’re no doubt familiar with the concept of peak oil.

Peak oil, according to M. King Hubbert’s Hubbert peak theory, is the point in time when the maximum rate of petroleum extraction is reached, after which the rate of production is expected to enter terminal decline.

By any yardstick, New Zealand reached peak prohibition in July 2013 with the passing of the prohibitionists’ ultimate wet dream, the Pyschoactive Substances Act. This Act criminalised the importation, manufacture and sale of all recreational drugs not otherwise already prohibited (or otherwise regulated)—thereby addressing “the emergence of new synthetic drugs with distinct chemistry.” In one fell legislative swoop, such substances no longer need to be separately assessed and classified before they come under legislative control.

The legal definition of psychoactive substance pretty much covers everything—including any “article, device, or thing”—that gets you high. Including brain implants, iPods and Bibles.

For about a week in July 2013, the only legally available non-prescription drugs in this country were

and a tiny handful of obscure foods that can get you high (e.g. nutmeg).

About a week after the Pyschoactive Substances Act passed, the first interim product approvals were granted. (See here for more.)