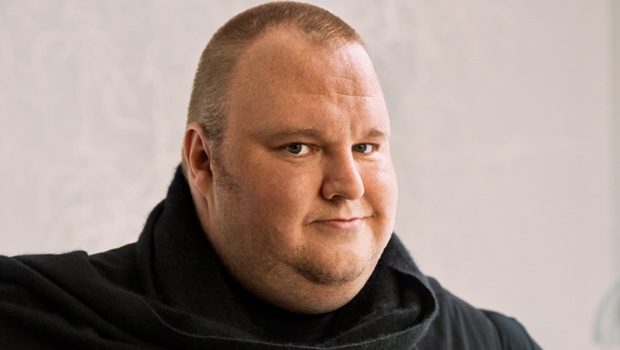 My new political party won’t be named Mega Party. We are the Internet Party. Here’s our logo for the first time.

I find it ironic that the initials of the new party are IP, given that Dotcom is fighting extradition to the US on internet piracy charges. (Perhaps that’s why he neglected to register the domain name ip.org.nz. Instead, the party’s soon to be unveiled website is to reside at internetparty.org.nz.)

Like most of Dotcom’s all-too-frequent narcissistic antics (only yesterday, Dotcom gets jail apology was splashed all across the front of the Dominion Post), this latest one annoys me. Sure, he’s been treated very badly by the New Zealand government, and the US government unjustly wants his scalp, but that’s no excuse to lash out and create a new political party.

Without a doubt, Dotcom’s party will leach votes from other smaller parties with legitimate reasons to exist. I’m thinking in particular, of course, of the Aotearoa Legalise Cannabis Party, but also of the Pirate Party which is already well established and likely has near identical policies to those of the new party. (We don’t know what the new party’s policies actually are yet, of course, but I expect one of them will be not extraditing Dotcom to the US.)

Here are my predictions for the party’s fortunes. They’ll peak about election time, possibly giving the Internet Party seats in Parliament, then plummet soon after Dotcom’s extradition to the US. 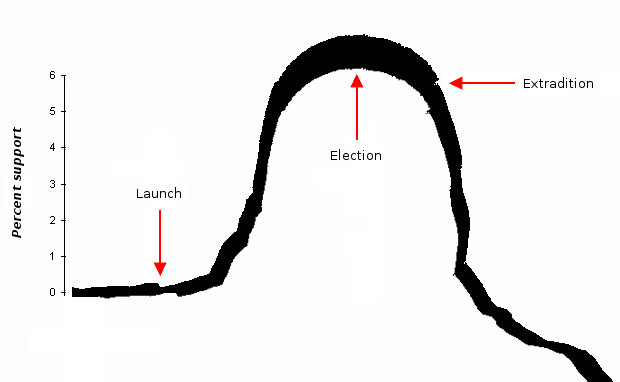