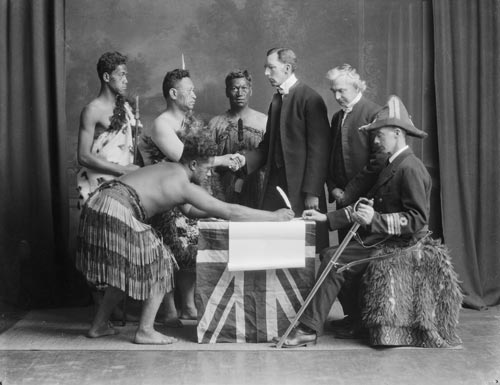 The more I think about the Treaty of Waitangi the more morally wrong and irrelevant it seems.

Consider Artical 3 of the Treaty:

Artical 3
For this agreed arrangement therefore concerning the government of the Queen, the Queen of England will protect all the ordinary people of New Zealand and will give them the same rights and duties of citizenship as the people of England.

Compare this with the US Declaration of Independence:

The Treaty presumes all men are subjects – Maori presumed to be subjects of Maori Chiefs – and everyone became subjects of the Crown at the signing of the Treaty whereas the Declaration of Independence states that all men are equal.

Also the Treaty presumes that the Crown and Maori Chiefs have the authority to grant rights and assign duties to individuals whereas the Declaration of Independence states that men’s rights are “unalienable”.