The nationwide rally against the Trans-Pacific Partnership Agreement is today. Details here.

Why won’t the government release the full text of the agreement?

Here‘s Labour’s position on the TPPA.

Labour MPs recognise there are potential risks as well as potential benefits in the TPPA, but we do not know what is in the text. That’s why the Government must release the text before it is signed, so Kiwis have a chance to decide for themselves what is in our people’s interests.

And so that each individual Kiwi has a chance to decide for him/herself what is in his/her individual interest. (Never mind our people’s bogus collectivism.) 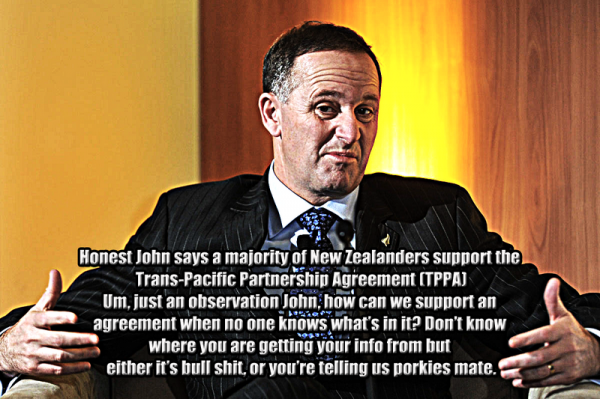