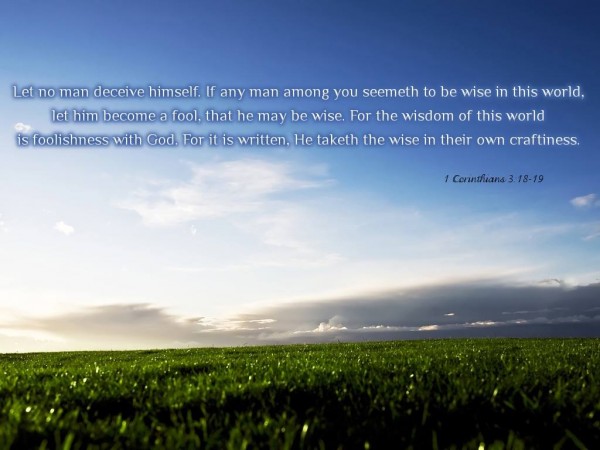 What is rationality? The truth is, it’s something that most of us don’t actually have.

Here’s a quote I saw on Facebook from someone called Deidra Mae Ryan.

I’ve been thinking a lot lately that a lot of homosexuals and their supporters consistently state that God made them this way and that it isn’t a biblical or church issue its a human rights issue.

Personally I believe people get so steeped in their sin that they have blinders on and refuse to see the truth. I see it over and over, not just with sexual sins. They don’t want to see and admit that they are wrong. What’s more, is that it’s our human nature to justify all our wrong choices, even if that means we make up our own truth…case in point – Homosexuals and their supporters coming up with every excuse in the book to justify the choice of homosexuality.

We all do it with our own individual sins.

Please note that this is not a judgement on homosexuals and homosexuality. I’m also not convinced that Ryan’s logic is sound. I post this for her conclusion, “I believe people get so steeped in their sin that they have blinders on and refuse to see the truth …” This is so very true.

And why beholdest thou the mote that is in thy brother’s eye, but considerest not the beam that is in thine own eye?

Or how wilt thou say to thy brother, Let me pull out the mote out of thine eye; and, behold, a beam is in thine own eye?

Thou hypocrite, first cast out the beam out of thine own eye; and then shalt thou see clearly to cast out the mote out of thy brother’s eye. (KJV)

It’s also very true that people get so steeped in their own particular worldview and its presuppositions that they have blinders on and refuse to see the truth.

For a long time, I accepted the tenets of atheistic materialism. They seemed obviously true. And I rejected the tenets of Christianity. They seemed obviously false. And I had plenty of arguments with which to ably defend my worldview. But then I thought about what I was doing. Doing exactly that. Using rational argument to defend a worldview I already had. As opposed to putting all my presuppositions aside and taking all the arguments, both for and against theism, together and on their own merits, to see where they would lead (if, in fact, they lead anywhere).

[People] don’t want to see and admit that they are wrong. What’s more, is that it’s our human nature to justify all our wrong choices, even if that means we make up our own truth.

I acknowledge that I am generalising from my own intellectual habits to those of others, but I think that it’s legit to do so. I figure that other people have corrupt minds like mine.

I suggest that for the most part we all believe our own bullshit. Unashamedly.

I strive for intellectual honesty. I’ve recently reviewed many of the arguments for and against God’s existence, and tried to leave my ideological baggage at the door. I used to find the Design Argument unsatisfying inconclusive. Now I find it disconcertingly suggestive! I used to have serious doubts about God’s existence. Now I have serious doubts about his non-existence!

My Humean scepticism has stood me in good stead. I realise that man can truly know nothing based on reasoning from his limited sense data alone, unless he posits the existence of a guarantor, e.g., God. This was Descartes’ way out of radical scepticism. God’s existence is taken to be axiomatic. Yes, it’s a bootstrapping method of escape. But so are all the others, e.g., positing a uniform and self-sufficient Nature, which is one of the methodological axioms of science and a metaphysical axiom of scientism.

How’s that for a rationalisation of my religious conversion? 😉

See also What is rationality (Part 1)

One thought on “What is rationality? (Part 2)”