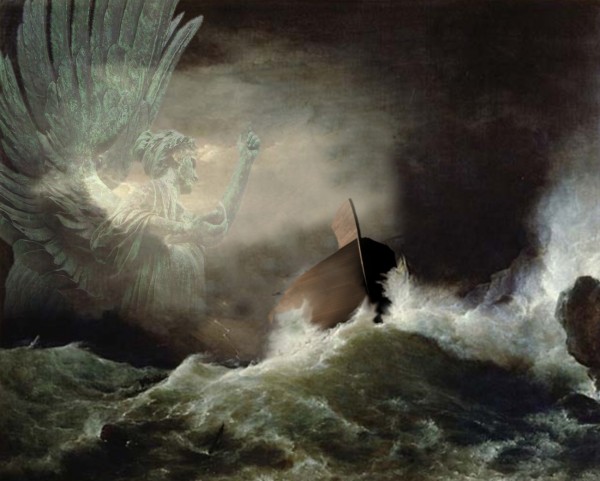 Noah’s Ark could have floated even with two of every land animal in the world packed inside, scientists have calculated.

Although researchers are unsure if all the creatures could have squeezed into the huge vessel, they are confident it would have handled the weight of 70,000 animals without sinking.

A group of master’s students from the Department of Physics and Astronomy at Leicester University studied the exact dimensions of the Ark, set out in Genesis 6:13-22.

According to The Bible, God instructed Noah to build a boat that was 300 cubits long 50 cubits wide and 30 cubits high – recommending that it be constructed from gopher wood. The students averaged out the Egyptian and Hebrew cubit measurement to come up with 18.98in, making the Ark around 472ft long – about 328ft shorter than the Navy’s recently scrapped aircraft carrier Ark Royal.

Using those dimensions, the Archimedes principle of buoyancy and the approximate weight of various animals, they were surprised to discover that the Ark could have floated.

Benjamin Jordan, 21, a student from Bury St Edmunds, Suffolk, said: “Using the dimensions of the Ark and the density of the water, we were able to calculate its buoyancy force, which, according to Archimedes’s principle, is equal to the weight of the volume of fluid the object displaces. This meant we were then able to estimate the total mass the Ark could support before the gravitational weight would overcome the buoyancy force, causing the Ark to sink.”

…Thomas Morris, 22, from Chelmsford, Essex, said: “You don’t think of the Bible necessarily as a scientifically accurate source of information, so I guess we were quite surprised when we discovered it would work. We’re not proving that it’s true, but the concept would definitely work.”

Read more >>>here<< So despite what the Naysayers say.... the Genesis Math/ science of Noahs Ark is Good! Bible believers.... 1. Infidels........... 0. The bagging of the latest Russell Crow Movie based Upon Noah, by so-called Christian Fundamentalists like Ray Comfort.... because in their opinion... it does not accurately portray the historical Noah I think is very short sighted because the movie *makes people think.* I grantee this movie stimulates millions of people to contemplate this historical Epic.... many of us not expecting Hollywood to do anything less than embellish the truth! The above article is an example of the Media jumping on the Populist bandwagon because Holywood has made Noah... a Topic of interest. I personally cant wait to see it! Tim Wikirwihi

3 thoughts on “Noah’s Ark given the seaworthy seal of approval by physicists. NZ Herald”