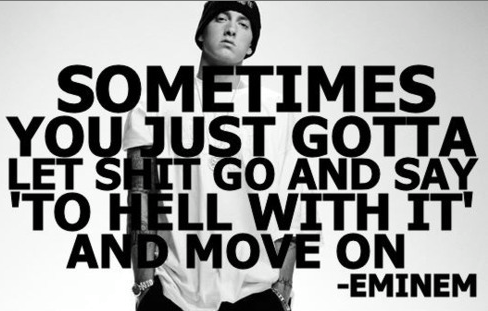 Eminem is onto something here.
I have been thinking about this sort of thing lately, and how it appears to not only futile to discuss points of difference with people whom have no interest in dialogue for the sake of finding the truth via reason, but can in fact make things worse because their irrationality sticks like mud to everything in the vicinity.
It is obvious that we should not argue with fools… yet it is less easy to walk away from defending your values from someone whom may not be a fool… yet is stubbornly refusing to see reason. 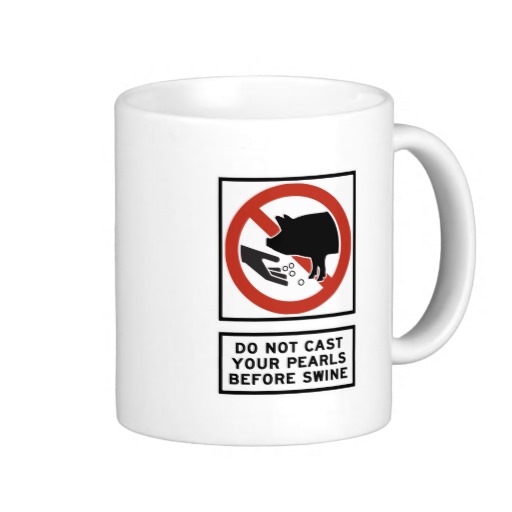 As a person whom holds ‘Unorthodox’ Religious and Political views which are at variance with the Status quo, I live in a world in which my rationale bounces off walls to a far greater degree than it is received with thanks giving.

So often I make valid points in defence of my position, and yet it is as if I have fired a blank… my antagonist simply carries on with their Tirade without even flinching.

I am beginning to realise that once I have stated my position, that I must look for signs that any further discussion is truly rational…. to be on guard that I am not wasting my time talking to a brick wall. 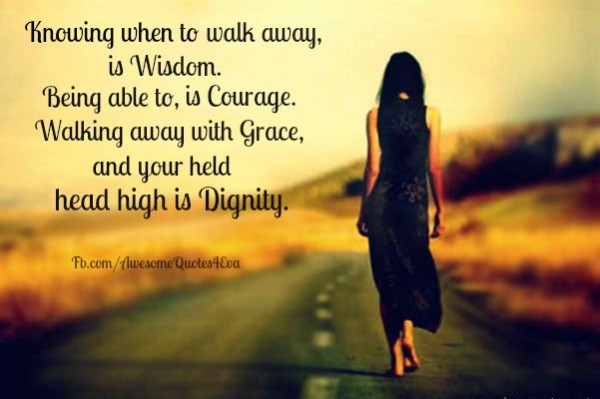 This can even be true with Friends and family.
You ought not to need to Triumph your adversary beneath the Yoke.
Sometimes Its more important to ‘let it go’…. if you value their friendship.
And lets be honest…. ‘Let he who is without sin caste the first stone’… we all can be stubborn fools at times, and it is nice when other people cut us some slack.

I believe one way Satan works to destroy Christians and prevent them being victorious advocates of God’s truth is by pricking our pride, and having us waste time and energy on issues which are less essential than the Gospel, and Biblical truth.

Every time Christians argue over trivial things…. Satan Laughs and spreads his wings. 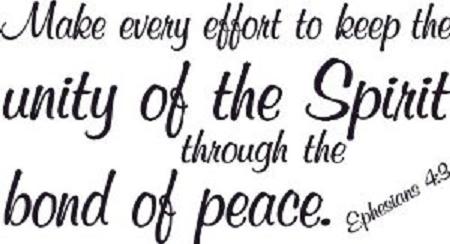 The Darkness. Then the Dawn.

The World is a Vampire.

One thought on “Pearls before Swine.”