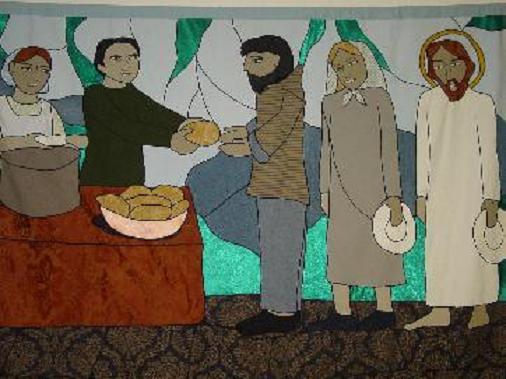 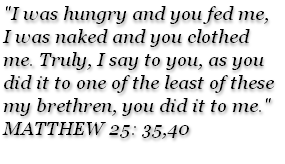 Over the last few months I have written several blogposts about a fledgling voluntary charity which has begun operating in Hamilton City, Waikato, New Zealand, attempting to embody the Christian principle of Loving our neighbor as ourselves.
Hamilton Homeless was started by a small group of Mormons concerned about the growing number of Homeless people living in the Central City.
They saw their plight and felt a Religious Humanitarian obligation to do something about this unfolding tragedy, and rallied Hamiltonians to start providing free meals, clothing, and Love to the many people in desperate need.
And caring Hamiltonians of all shades of Religious and cultural backgrounds put aside their doctrinal differences, and in the spirit of Good will and co-operation have been working together in this Righteous endeavour. 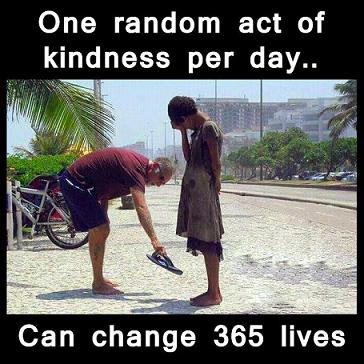 Despite these obviously noble and selfless ambitions aimed at helping the most needy sector of our society, and the fact that all this Charity work is being done voluntarily and without any politically imposed burden on Hamilton residents and ratepayers, ‘Hamilton homeless’ has nonetheless become the target of what can only be described as an orchestrated and on-going campaign of oppression at the hands of the City Council, in whose warped minds… it is more important to foster a commercially and Politically aesthetic façade of Hamilton’s CBD a place of glamour and affluence, than any concern about the *Real World* Poverty which is growing there… a reality they intend to shove into a dark corner…. Away from the public view.
‘Out of sight…. out of mind’.

There can be no doubt that the Council is behaving in a malicious and oppressive manor…. abusing it’s political power to violate the rights of the citizens of Hamilton to exercise their Religious convictions in a peaceful manor, …. having threatened the Land lord of a property ‘Hamilton Homeless’ have rented for the purposes of avoiding City Council threats of arrest for feeding the Poor on public spaces… without a permit.

Council staff have put pressure on the Landlord demanding he insists Hamilton homeless immeadiately stops feeding the poor from their rental property.

It appears that even though Hamilton homeless have acquired their own private property… quite a distance from any commercial interests whom might complain about poor people ‘loitering’ in front of their businesses, that the Council is determined to shut this Charity down. 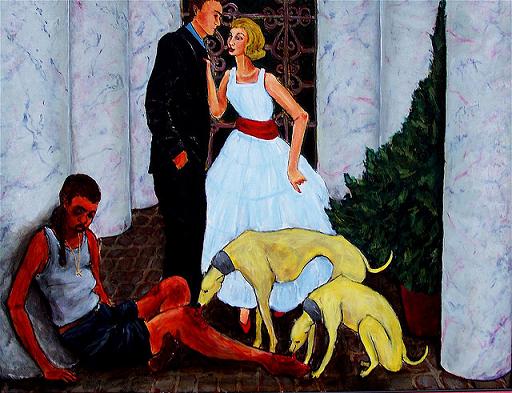 I personally believe the Council is in serious violation of Private property rights, and intend to investigate whether or not the laws of our Nation protect our private property rights, and religious liberty, or in fact sanction such vile abuses of political power!
On top of this wicked agenda, It is of course truly heartbreaking to the compassionate members of Hamilton Homeless that the Poorest members of our community… the people whom they seek to serve… are in danger of loosing this loving support.

This really is a question of our rights to peacefully practice our religion, and follow our own conscience.

Private property rights are not merely a Legal protection against theft…. Not merely a foundation for establishing and exchanging ownership and legitimizing trade, it is fundamentally a principle which establishes *a space* …. *a place*… where citizens can worship their God/God’s, and peacefully practice their beliefs.

This function of private property is a fundamental corollary of our inalienable rights as individuals to Religious liberty, and is why we live in a society which is to great extent a testimony to Religious tolerance and peaceful co-existence.
We as individuals have the inalienable Right to form voluntary associations, and to function as a group, from private property… and it is a measure of the Justice of any society to the degree that such Freedom is protected from molestation and any potential violence of intolerant bigotry at the hands of other citizens, or from political oppression from the powers that be. 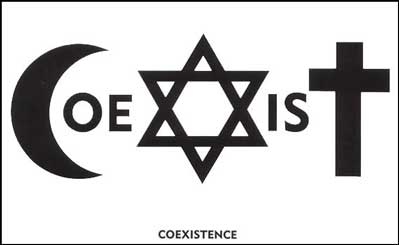 And the glory of these principles of Rights….Freedom, Equality, and Private property is why here in New Zealand that within the space of a few kilometres you can have a Catholic church, an Islamic Mosque, and a Mormon Temple… with virtually zero religious conflict!
This is truly a wonderful testament to the virtues of a society which has respect for these principles, and All New Zealanders should be Eternally Vigilant… watching politicians and Public servants, that they don’t start to undermine our Rights and Liberties… and to be always ready to Rally in defence of *Any voluntary association* whom has become the victim of political oppression.

Real Christians, and Patriots ought to rally in defence of Muslims, or Hindus… should it become apparent that their Religious liberty is being violated.
All our rights are equal.
When government threatens the freedom of anyone, they are in reality a danger to every ones freedom.
It is only the foolish and ignorant that don’t appreciate this… and the Nasty Bigots whom enjoy watching people whom hold different beliefs being suppressed.

Socialist Governments and Councils love to try and divide our society into separate groups and to systematically oppress these sub-sections, and it is appallingly far too often that New Zealanders go along with such corrupt political agendas instead of unifying for the sake of the principles of Freedom, equality, and Real justice… realizing what really is at stake… ie either maintaining a system of justice and freedom, or allowing the government and city councils to start telling us what peaceful religious beliefs we are allowed practice on our own property!

And Private property rights, in regards to religious liberty also exist on rented properties as long as all activities are kept within any caveats that may have been conditional upon agreement to lease.

Hamilton Homeless was doing exactly that.
It is not a commercial enterprise.
It is not a Community house.
It was not even cooking food, and therefore is not subject to Health department regulations which apply to such things as Restaurants, Cafes, etc.
It is a privately rented house in which invited people in need to come and enjoy food which was being cooked in other private homes… the very same way that we all cook our own Kai… and all this was done peacefully, quietly, and in love… the same way that is very common in Communities of strong communal bond… for example in many Christian, Indian and Maori homes the front door is always open, People come and go at leisure, They sing songs and enjoy fellowship… nothing at all strange or evil about it.
This may not be everyone’s ‘cup of tea’… there are of course millions of Kiwis whom shun such openly communal living… enjoying their own privacy and insulation, yet I would hope that such people are still tolerant of their neighbors whom have much larger community involvement. 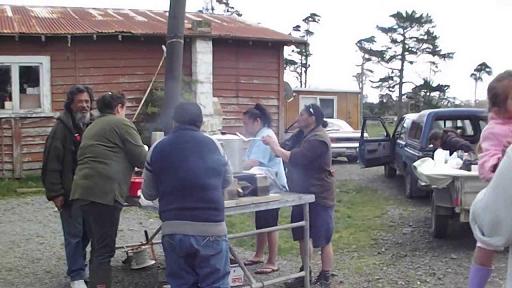 It is truly tragic when small minded prudes allow their own closeted ways to become motivation for making complaints against their neighbors more open enjoyment of their properties… and lobby the Government and Councils to generate and impose heavy restrictions which violate Freedom and equality.

That is the road backwards towards societies of Intolerance and conflict.

Thus I fervently argue that Hamilton homeless has become the target of political oppression and abuse of power.
I hope to be invited to attend any meeting of the Hamilton homeless executive to discuss how to move forward and fight this council injustice.

I hope to inquire what legal grounds, if any the Council staff had in approaching Hamilton homeless’s Land Lord as I believe they have seriously overstepped their duties as servants of Hamilton ratepayers and residents.
I hope to inquire what legal right, (if any) the Land lord has to insist Hamilton homeless cease to feed the poor from that address, or whether in fact he is in breach of their tenancy rights.
Did their Landlord know what purposes Hamilton homeless intended to use the property for when he rented them the house?
I will be asking these sorts of questions.
I do believe everyone should respect their landlords reasonable requests, yet It is a very poor show if the Landlord is simply bucking under the duress of a Bully Council which is out of control…. Esp to detriment of the Poor, Cold, and Hungry!

I will report back as things run their course…. For good or ill.

It may amaze some readers to realize just how uncaring and Nasty Hamilton City council is behaving on this matter, yet a quick Google search will reveal to any inquirer just how common this sort oppression is meted out by Heartless Councils around the globe upon Charities whom care for the Needy.

Eg>>>> Here <<<< The difference being how the various communities respond… to the knowledge of how their elected officials and paid City staff treat the most vulnerable and exposed members of our community! How will you Hamiltonians and Kiwi’s respond to this local crisis? Will you rally in defence of voluntary charity and your poor neighbours? 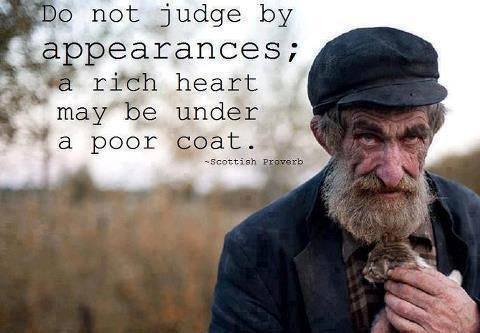 I am reminded of a homeless Beggar whom not so long ago was found dead in the Waikato River after being thrown out of his hovel by a Hamilton City Ticket Warden whom had no business doing so!
He was not on council property, but had found a corner somewhere along the Riverside on Private land where he had lived in squalor for some time, yet had not caused any one any real harm.
The Council worker went out of his way to take away the smallest comfort this poor soul had in this world… and he died.
I think this story is a exemplar of just how Cold hearted, and indifferent to the plight of others some Public servants can be.
Vicious and tyrannical.
Poverty is happening not only in Africa… but is growing here in God’s own!

This sorry tale also shows the sort of Dire straights many people are finding themselves, and the urgency with which the down and out need the care and compassion of people like Hamilton homeless.

This is a matter of Religious Conscience.

Will You readers spread the word and rally in defence of this Noble charity?

As a Libertarian I will be doing my best to guide ‘Hamilton Homeless’ to remain fully private and voluntary so as to maintain it’s moral stature as true charity in the Christian sense of the word… rather than becoming another burden upon the backs of struggling ratepayers and renters.
As far as I am concerned…. we just want The Council to ‘Bugger off’ and leave us Hamiltonians to take care of business ourselves.
Tim Wikiriwhi.
Christian Libertarian. 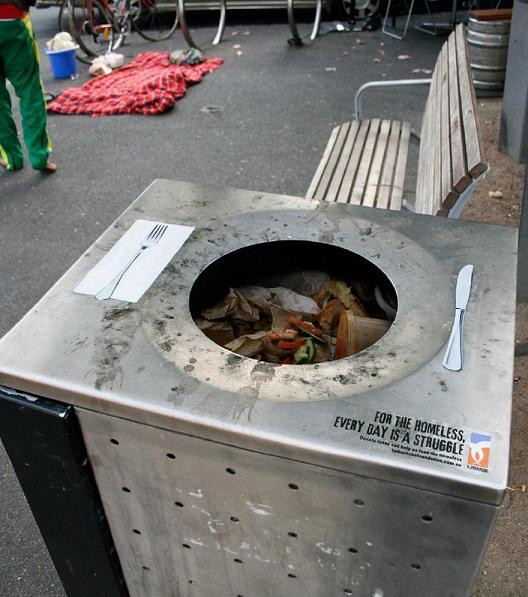 Read more from me about Charity, and Hamilton homeless…

Hamilton Homeless Meet and Greet… The Lords feet and hands working in the trenches.

7 thoughts on “Hamilton City Council’s relentless agenda to starve out the homeless.”