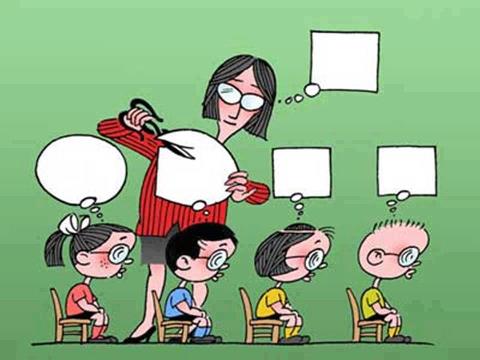 As a Libertarian, I have many concerns about ACTs policy for Charter Schools, that they are still funded by Taxes being number 1.

Number two is just as important… watching the video Jamie Whyte﻿ was careful to avoid discussing the reality that Charter Schools will still be dictated as to *Content*/ Curriculum, and as such they will still be indoctrination centres of the Socialist Political Status quo… ie Charter schools will still be forced to teach the Revisionist lies of Waitangi separatism, the theory of Evolution, and the lies of Fascist economic theory (that Laissez faire is unworkable and that State Regulation and micro-management of the economy is essential).

Another unmentioned issue is zero reform in what qualifications are required to be employed as a teacher.
It has been said that Albert Einstein would nor have the requisite qualifications to be employed as a physics teacher in a modern Socialist institution, nor would Bill Gates be qualified to teach Computer studies.
Credentialism, is a growing evil which is locking out liberty of employment opportunities, blocking people from transferring across trades, etc and is a return to Guildist protectionism.

What I see in this ACT policy on Schooling is a similar *Failure to make fundamental/ *real reforms* as was the case with the Super City… Both these policies looking at ‘efficiency’ while retaining all the old tyrannical restrictions and regulations.
Acts policies in both counts dont result in any Tax/ rates reductions, and if you look at the Super city under Brown… It has resulted in a Rates/debt Crisis… and an increase of Race based favouritism/ separatism.

The advantage of what ACT are offering…. apart from introducing more flexibility of delivery, and a level of ‘market competition’, is that Teachers may begin to appreciate just how backward the current Collective of the Teachers Union really are…. and via this avenue start to really question the idea that The State ought to run the Education system.

I will say however that if ACT are successful in the long term at establishing their policy of ‘One country… One Law’, and are able to ensure the State starts to apply the principle that it is not the States proper function to promote ‘Culture’ that via this avenue we may see the current State indoctrination about Revisionist history and Waitangi separatism being thrown out of State Schools.

Currently Trainee Teachers whom reject the current Waitangi Separatism, or the theory of Evolution, or Socialist economic theory are ‘weeded out’ …. leaving the teaching fraternity a nest of Socialist Atheist supporters of Apartheid, and is why there is almost zero vocal resistance to Waitangi apartheid policies from Educationalists…. inspite of the fact that Racist Law and Government is such an abomination that such a situation is unforgivable!
Such is the depth of Corrupt Politicised Socialist ideologies within the education system.
This is a system which employs the likes of Pita Sharples, Margret Wilson, and thousands more of their Socialist racial separatist ilk.

*******
Update: Read about PREPARING THE PARROTS: A TRAINING COLLEGE GRADUATE ON THE CULTURAL CORRUPTION OF TEACHERS by John Ansell. >>> Here <<< ******* On top of that, though ACTs Charter school policy is very moderate, The Teachers and their Union know this Act policy attacks the collectivist foundations of their 'department'.... esp their collective agreements, and this the biggest reason why Jamie should brace himself for 'Cries and Howls' against him in following weeks from this quarter! More calls to front up on State TV 🙂 What is Nuts is that Charter Schools could mean better individual contracts for excellent teachers. It's only the Dead wood whom will not have a future... and that is as it should be... market forces at work.... destroying the Socialist *guild protectionism* 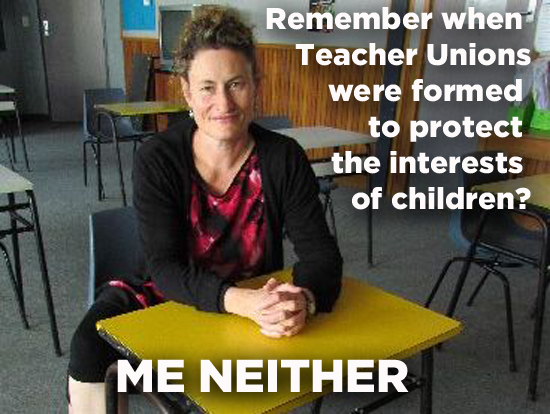 When Teachers Unions organise Protests or go on strike its *always* about their own Pay, or supporting political agendas which maintain their virtual monopoly in education.

Read about how socialism has destroyed the concept of ‘Vocations’ >>>Here<<< Socialist Teachers are protecting their own 'Racket' and are Ideological'Bullies' vehemently opposed to freedom in Education, and the teaching of Ideas contrary to their own warped opinions. The fact that such indoctrination is going on is of course a perfect example of why the Government cannot be trusted with the minds of our Children and young people and that State education should be abolished, and replaced with a Private education free marketplace in which Parents have full control over what their children get taught, and that individual Schools either flourish or fail based upon how New Zealanders choose to purchase/ or run the Education of their Kids. 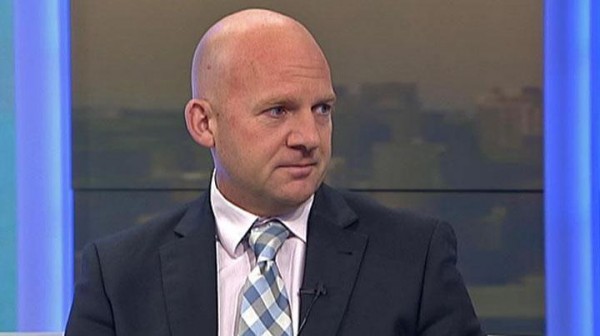 Do I Think ACTs policy is an improvement on the status quo?
I think the response it receives from the Commy fascists Teachers Union is evidence enough that it is a small step in the right direction.

Jamie Whyte is a clever advocate for ACT Policies.
What I mentioned as *weaknesses from the Libertarian perspective*… will be most likely considered it’s ‘virtues’ by the Status quo, meaning ACT’s policy for Charter Schools are more palatable… easier to swallow for ‘mainstream’ contemporary thinkers than my personal ‘Fringe dweller’ opinions.