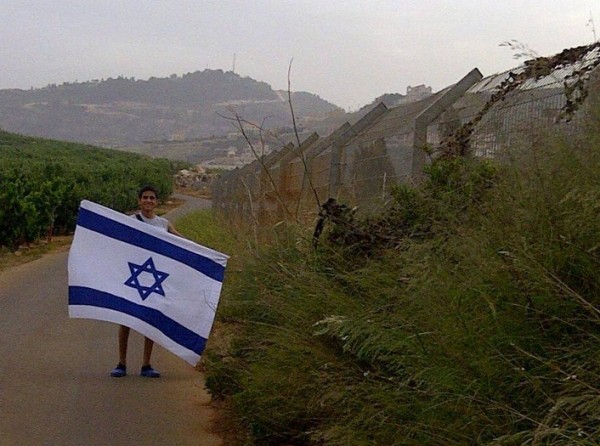 DIRECT FROM THE FACEBOOK PAGE OF MOHAMMAD ZOABI:
As an Israeli Muslim Arab, I was subjugated to brainwashing against the Jews while i was growing up. I was taught that we should hate them because they took our land, and that no Jewish person should be
living here. I was told by a few of my own family members that the Jews were planning to throw us into the sea and until that happened I would be suffering in Israel because I was an Arab.
I decided to explore the situation on my own, I went out and started meeting new people, I met a lot of Jews… What struck me at first is that they didn’t hate me like I was taught to hate them, but rather I felt care, respect, love, and a want to co-exist.
I began to realize how lucky I was to be born in Israel, to live in a free, democratic, and first world country with lots of opportunities.
Its not easy to be an Israeli Arab Zionist in an Arab Society. I was attacked physically several times, and insulted a lot.
But with the support of my amazing mother and my friends in the only country in the entire Middle East where freedom of speech is allowed, I will continue to speak out for what is right. I know that there are other many other Israeli Arabs that feel the same because almost 90% of us said that they would rather remain an Israeli than become a Palestinian citizen, but they are afraid of being hurt. That is why I am asking the world to please listen and protect the truth about Israel.
The world needs to wake up.
I see myself as a lucky Arab for being born in Israel.
I am lucky to be born in a democratic country like Israel.
I have an opportunity to live as an equal human being who lives in the 21st century.
Though, anti Israel still accuse Israel for being an aparthiehd state, ignoring the true apartheid of the Arab world’s views against the Jews and Zionists like myself of Israel. All these talks of peace will only come true when the Arabs will stop educating their children to dream about killing and eliminating the Jews.
Peace with will be achieved only when the arabs will start loving their children more than they hate us.
World wake up. Shame on you for being anti hope, democracy, and freedom in the middle east. Shame on you, to be anti Israel.
Am Yisrael chai

******************
^^^ an Awesome, brave testament from a voice for Peaceful co-existence.
It is esp pertinent for New Zealanders to understand how Race hatred is being propagated by the Radical separatists who claim exactly the same thing has happened to them re: the Land, and injustice.
The Maori separatist movement and the Political doctrines/ lies of ‘treaty partnership’ are toxic and evil, and it is up to brave New Zealanders and Maori who know the truth to speak out against it… just as MOHAMMAD ZOABI has done above for the Jews in Israel.
I pray for his, and his Families Safety.
May the Good Lord keep him safe, and lead him into the Light of Truth.
In Christs name I pray.
Amen.
Tim Wikiriwhi
Christian Libertarian

The Diabolical tactics of Hamas: What the IDF is up against.

Insidious Evil . When ethics are used as a weapon against you.