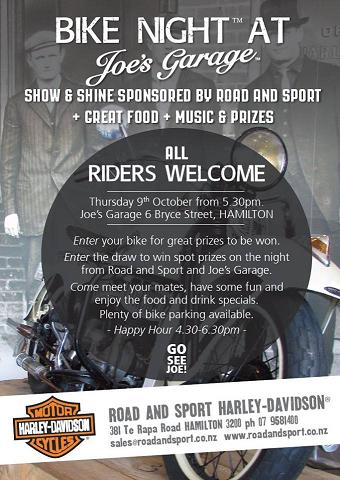 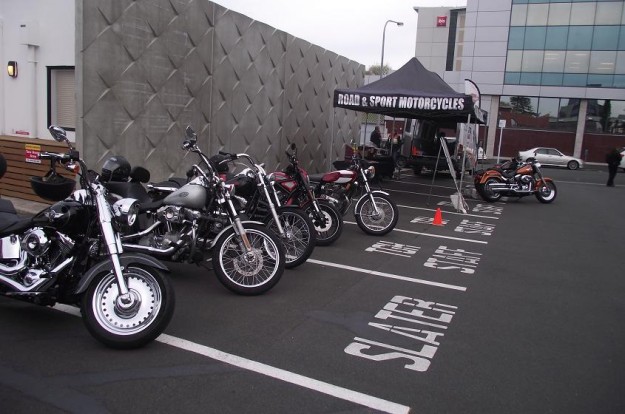 Fellow Engineering Contractor and Triumph Brother Clark and I thought we would check out this ‘Bike nite’.
Got down town about 6pm, and grabbed myself a Black Monteiths, and went for a wander around the bikes.
Road and sport had a Van and Gazeebo set up in the car park and there were bikes displayed in several groups.
Because of Bureaucratic ‘issues’ regarding drinking alcohol in the Car park we had to leave our drinks in the garden bar area of Joe’s while we scoped the bikes… and then trundle back for another swill.
Road and Sport dished out Prizes… HD torches… Talisman Bells… 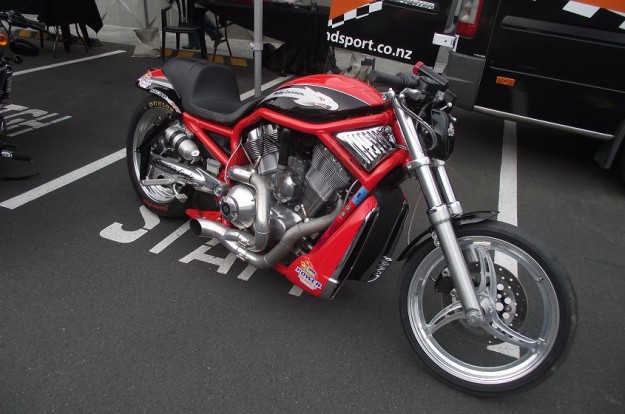 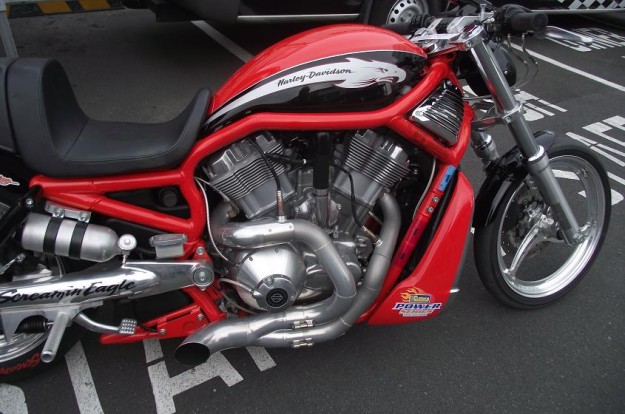 Road and Sport had this V Rod Drag bike there on display…. did not look street legal, and sounded bloody awesome when they fired it up.
Cant help but wonder what it’s like to ride when you throw open the NOS! 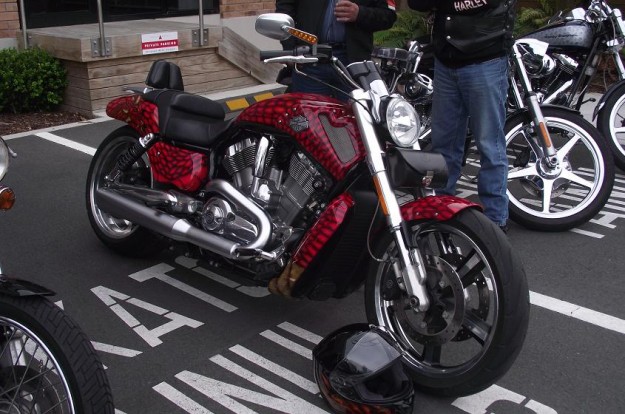 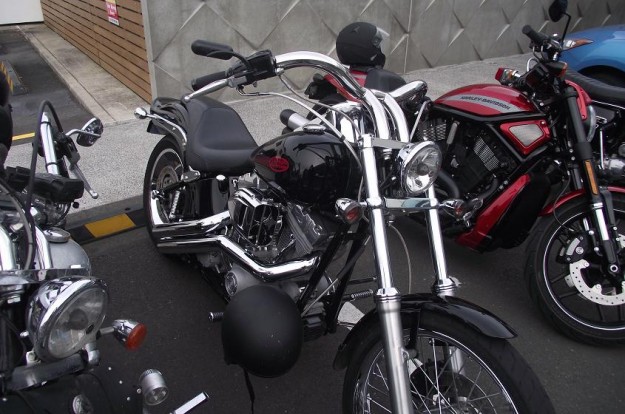 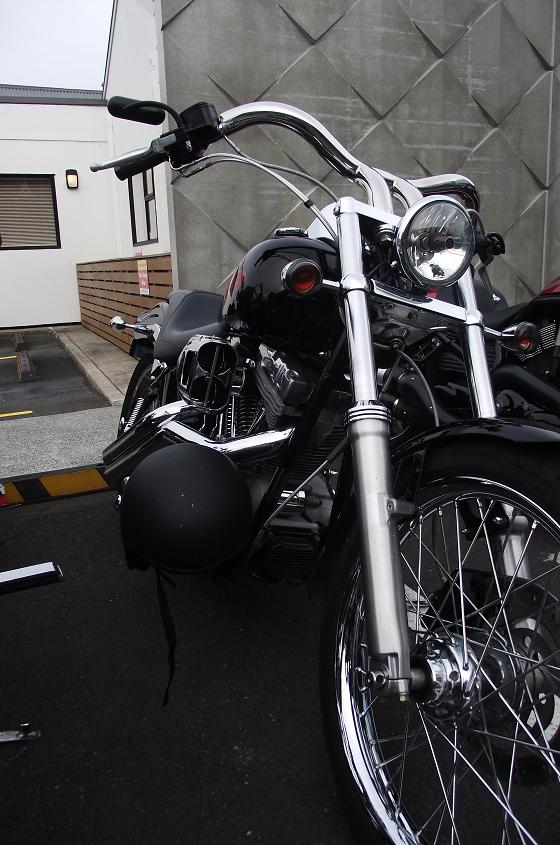 There was a good variety of Hogs on display.
I cant tell you what models these are… yet I will add descriptions later as Peeps in the know are sure to correctly identify them. 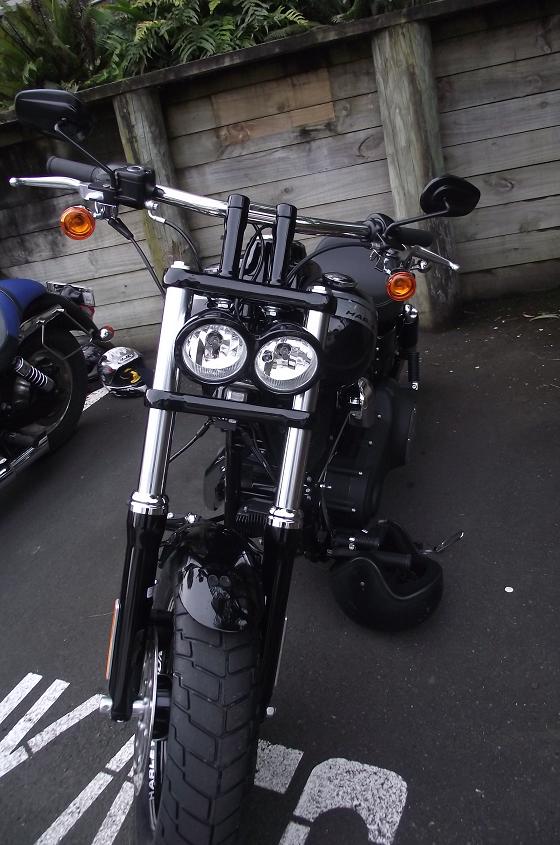 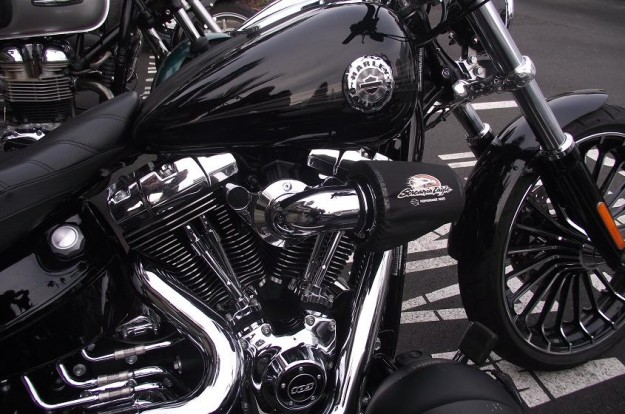 Judging by the Fancy LED tail lights, this Harley above was probably the latest model bike on display…. or it could be this Sporty… (below) 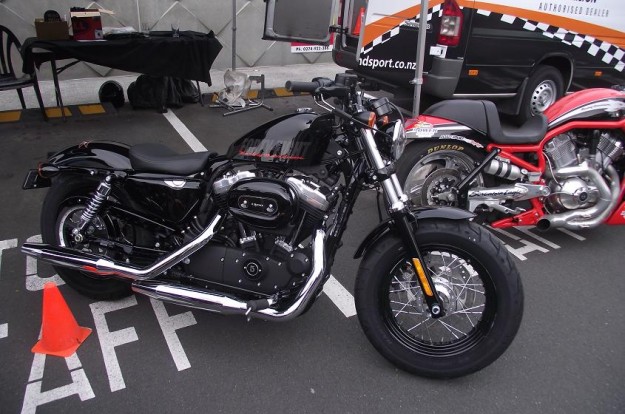 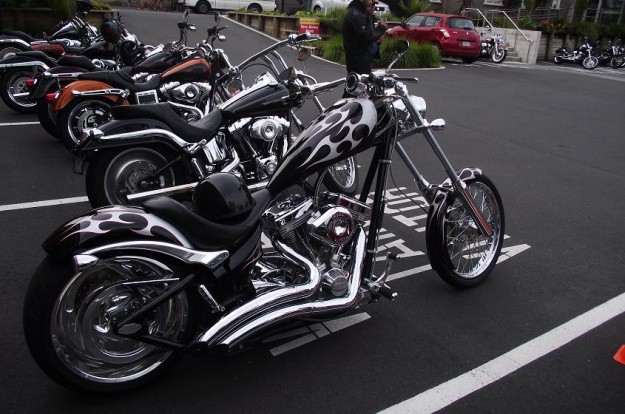 I’m not a huge fan of Choppers mostly because they cost a fortune, are impracticable on NZ roads, and many look like they belong to David Bowie, or the Village people…. 🙂 yet I really liked this one.
And it’s a real beast… apparently the motor is 117 CI. 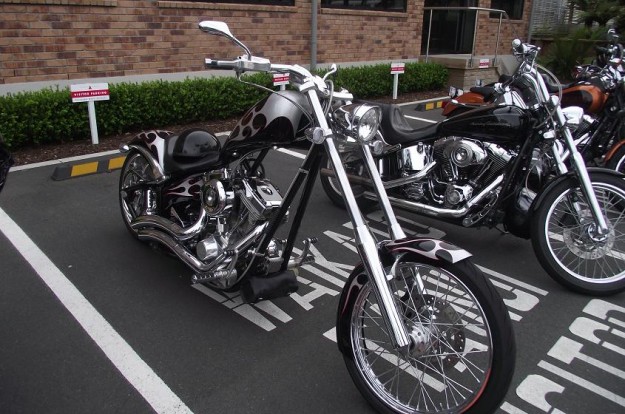 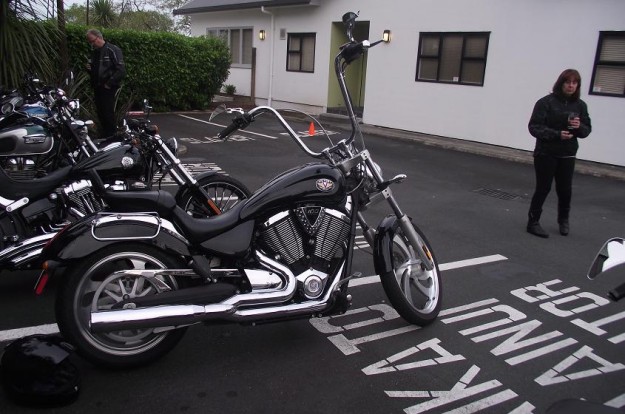 There was just this 1 Victory…. very nice.
It’s a Vagas owned by ‘Shayne’. 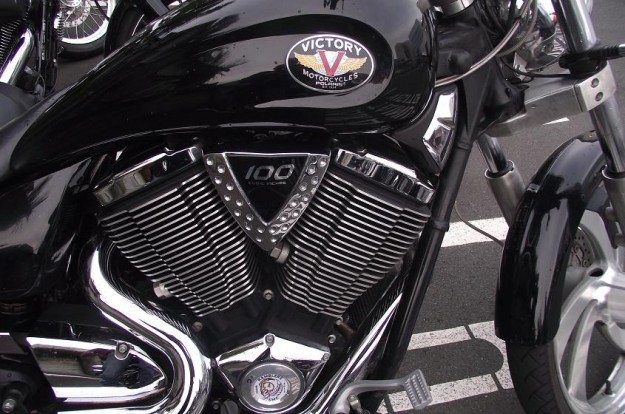 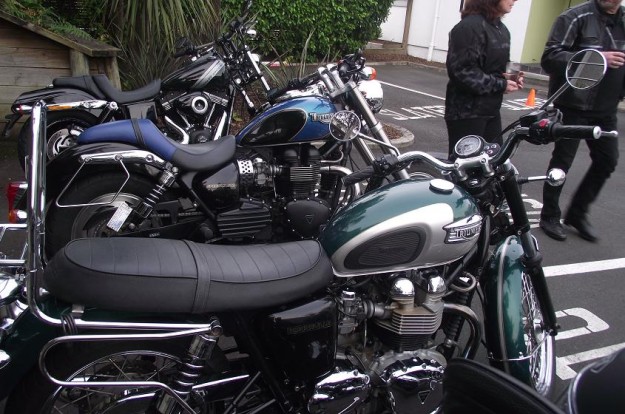 There were 3 Triumphs. A Speedmaster… owned by fellow ‘New Zealand Biker @ Facebook’ Cloudy McLeod, a Bonnie (owned by Cloudy’s wife!), and a 70s Trident in very smart condition (below) 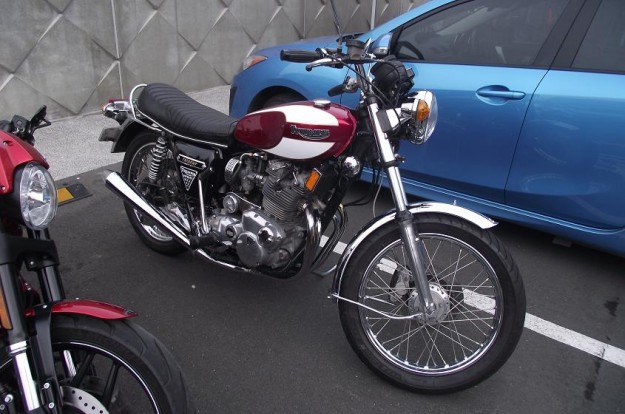 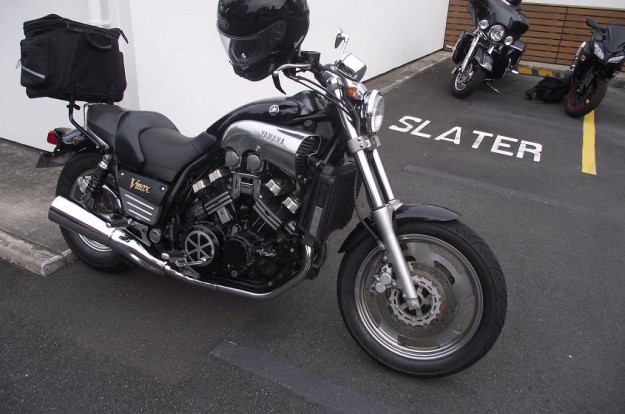 There was even this Yamaha V Max. 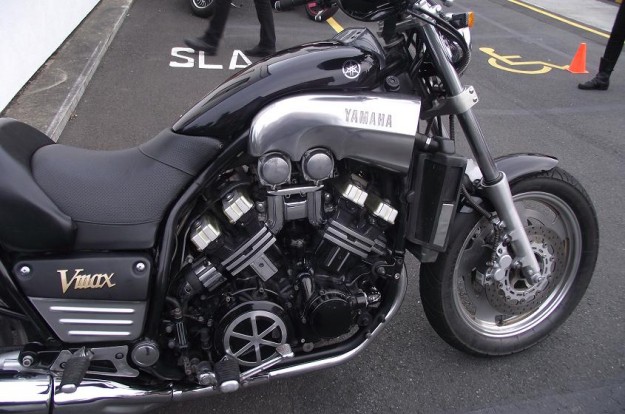 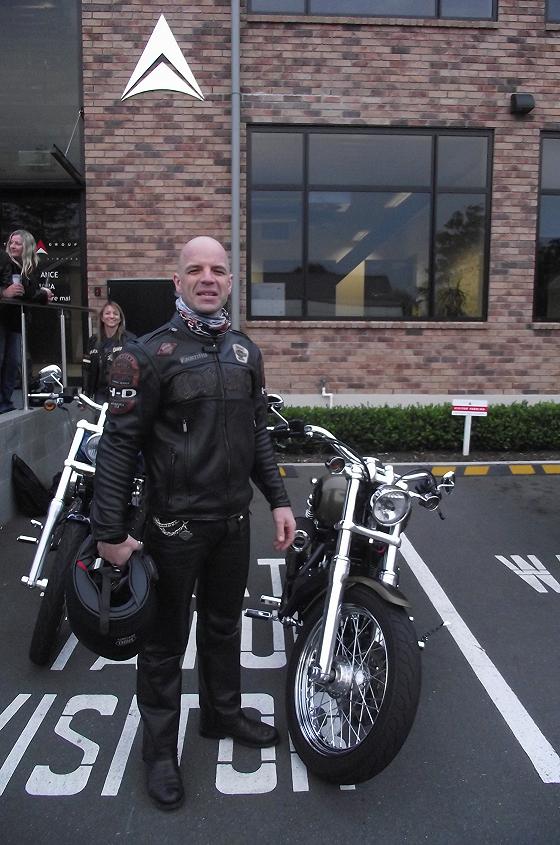 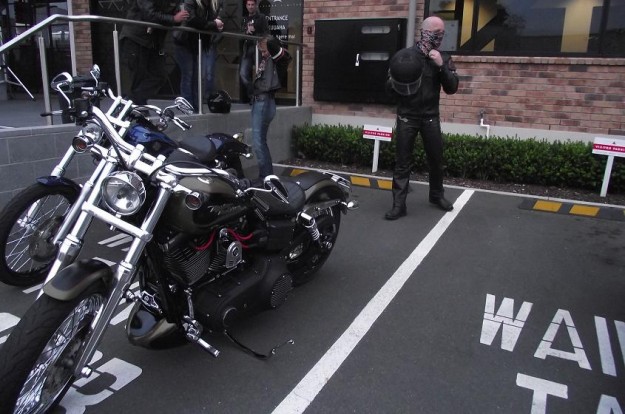 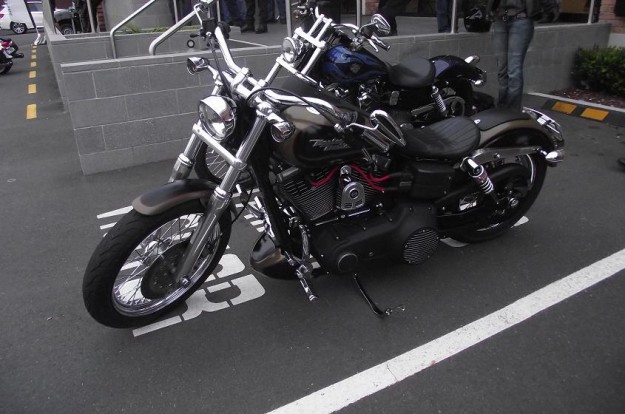 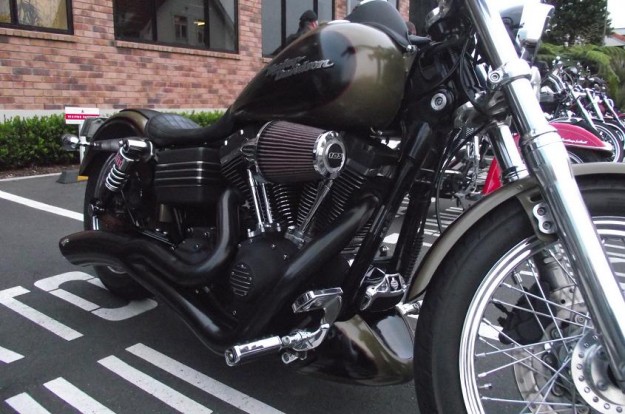 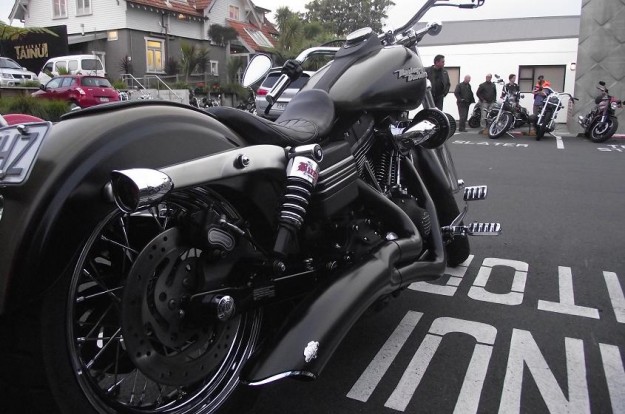 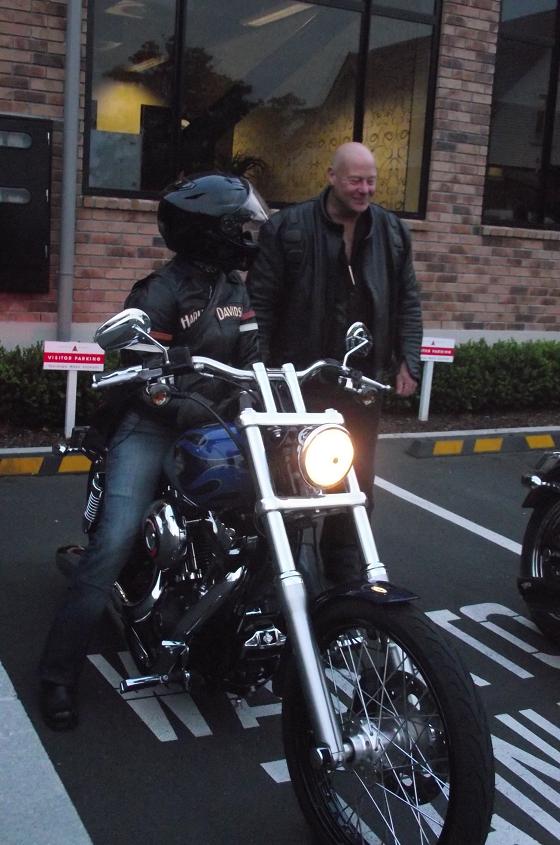 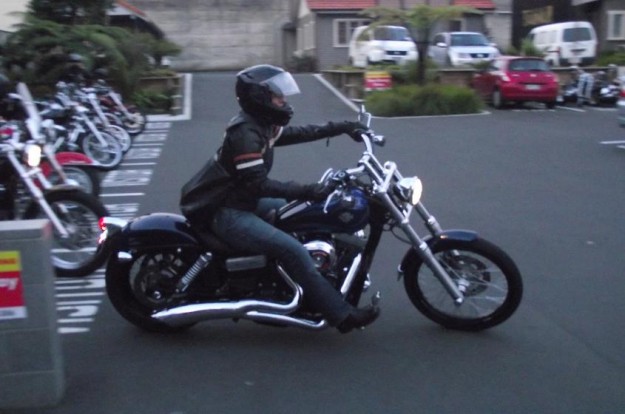 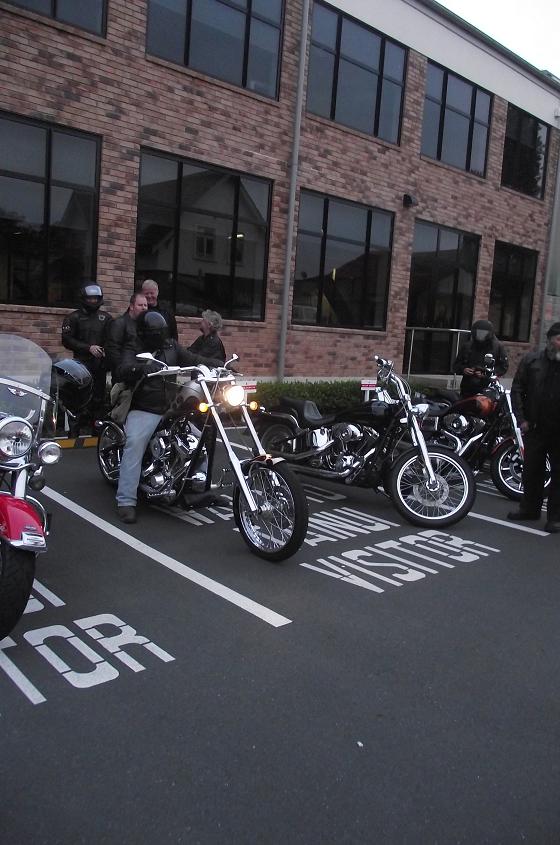 The whole deal was finished as the Sun was setting… probably around 7.30, so Clark and I dropped by Biddy Mulligans Irish Pub as it was the monthly Hamilton Blues Club nite.
I got myself a Guinness and kicked back for another hour listening to Local Blues talents Jammin.
I then left Clark there as It was time for me to get back to the Missus and kid.

I had a good nite.
it was particularly good fortune that the bike show was on the same nite as the Blues Club… and Road and Sport said they were keen to put on more shows… What a good excuse to head into the City for an Ale… or 5. 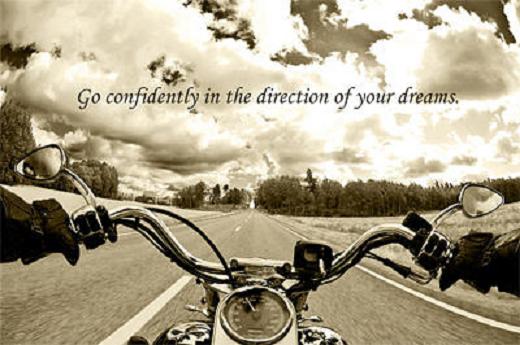