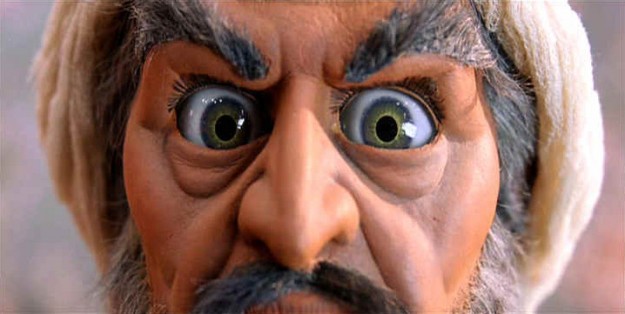 Where are the moderate Muslim voices condemning the violence?

That’s what the likes of Fox News ask whenever masked terrorists shouting “Allahu Akbar” fire shots with automatic weapons killing swathes of innocent Westerners before departing the scene shouting, “We have avenged the Prophet Mohammed,” as happened in the recent Charlie Hebdo shooting in Paris.

Fox’s own Monica Crowley, for example, said that Muslims “should be condemning” the attack and that she hadn’t “heard any condemnation… from any groups.” Fox News’ America’s Newsroom guest Steve Emerson complained, “you don’t see denunciations of radical Islam, by name, by mainstream Islamic groups.” Bob Beckel, a host of Fox News’ The Five host said Muslims were “being quiet” about the shooting and accused the Council on American-Islamic Relations (CAIR) of keeping “their mouth shut when things happen.”

Wait, what? Only 46 examples? A good many of the cited condemnations of the violence are tweets from individuals on Twitter. There are a handful from the foreign ministers of Muslim countries. Only a dozen or so statements are from representatives of large Islamic organisations. But there are between 1.5 and 2 billion Muslims in the world, depending on who’s counting. 46 out of billions isn’t very many. It’s near silence from the so-called moderate Muslim majority over this outrage!

Or so it might seem to someone predisposed to blame Islam, rather than Islamic extremism, for the all-too-frequent acts of Islam-related terrorism in today’s world. But the sad truth of the matter is that we simply don’t know how many moderate Muslims condemn durka durka Mohammed jihad. And we don’t know whether they’d be reported doing so by the MSM if they did.

I posted a couple of pictures of moderate Muslims demonstrating for peace before. Clearly one of them is photoshopped, but which one? (Perhaps they both are. I forget.)

Will the real Islam please stand up? Are the masked homicidal gunmen who stormed the offices of Charlie Hebdo the true representatives of Islam? Or is the hard-working and law-abiding Muslim family who own and run your corner store the true faces of the religion of peace?

Seriously, folks. Can’t you see that there’s an epistemic problem here? Is Islam the root cause of the problem? Or something else? I don’t really know and, may I respectively suggest, neither do you. 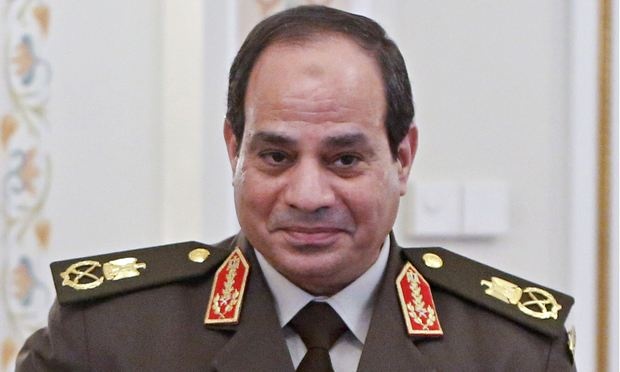 Credit where it’s due says blogger Brendan McNeill, upon whom I rely to keep tabs on what Mohammed’s followers are up to.

I have previously reflected that nothing short of a reformation of Islam will ever allow its followers to co-exist peacefully with other faith communities. It seems the Egyptian President Abdel Fattah al-Sisi, who is himself a Muslim, agrees and is apparently unafraid to say so.

Speaking before Al-Azhar and the Awqaf Ministry on New Year’s Day, 2015, and in connection to Prophet Muhammad’s upcoming birthday, Egyptian President Abdel Fattah al-Sisi, a vocal supporter for a renewed vision of Islam, made what must be his most forceful and impassioned plea to date on the subject.

McNeill then quotes from al-Sisi’s speech in which the Egyptian President declares that Islam “is in need of a religious revolution,” before concluding

President Sisi is a brave man. Normally, to utter these words would be an automatic death sentence. It may still prove to be.

Is al-Sisi’s speech a reason for optimism? Perhaps, but there’s a bigger problem than that which already makes al-Sisi’s future assassination a very real possibility. A further epistemic problem to exacerbate the one we already have.

I’ve previously blogged on tawriya which is the Muslim doctrine of double entendre.

Now here’s Wikipedia to say a few words about taqiyya, the Muslim doctrine that allows lying in certain circumstances—primarily when Muslim minorities live under infidel authority.

In Shi’a Islam, taqiyya (تقیة taqiyyah/taqīyah) is a form of religious dissimulation, or a legal dispensation whereby a believing individual can deny his faith or commit otherwise illegal or blasphemous acts while they are in fear or at risk of significant persecution. The corresponding concept in Sunni Islam is known as idtirar (إضطرار) “coercion”. A related concept is known as kitman “concealment; dissimulation by omission”. Also related is the concept of ḥiyal, legalistic deception practiced not necessarily in a religious context but to gain political or legalistic advantage.

Can we trust any of the moderate Muslims condemning violent jihad? Can we even trust al-Sisi? A friend on Facebook thinks we can’t. He says

be in no doubt it was a very brave thing for Sisi to say unless of course he is practicing Taquiyya which is the islamic doctrine of being able to lie or decieve to protect or further islam.

I don’t know if we can trust al-Sisi or not. How could I know? (He’s a politician, after all.)

Christianity does not permit lying. Not even white lies. We are called to worship God in spirit and in truth. The fact that Islam does permit lying in certain circumstances and even has a name for the practice is of the utmost concern.

Not least because it gives anti-Islamic factions in Western society a free pass to practise a modern-day form of medieval witch dunking, also known as ordeal by water.

Ordeal by water was associated with the witch hunts of the 16th and 17th centuries: an accused who sank was considered innocent, while floating indicated witchcraft. 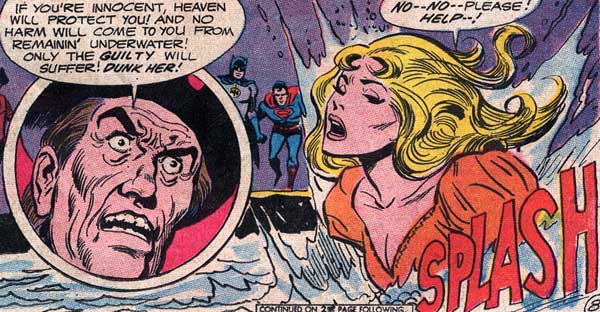 Muslims who don’t protest the violence of their extremist co-religionists are accused of condoning terrorism by not speaking out. Muslims who do protest are accused of committing taqiyya. Thus, in the eyes of many, there are no moderate Muslims, just as there were none left living among those women of medieval times accused, rightly or wrongly, of witchcraft.

(Point illustrated. In fact, with respect to dunking, “the notion that the ordeal was flatly devised as a situation without any possibility of live acquittal, even if the outcome was ‘innocent’, is a modern elaboration.”)

Lying is wrong. And the fate of all habitual liars is that eventually no one believes them. That Muslims are so widely regarded with suspicion is a fate that Islam has wrought upon itself.