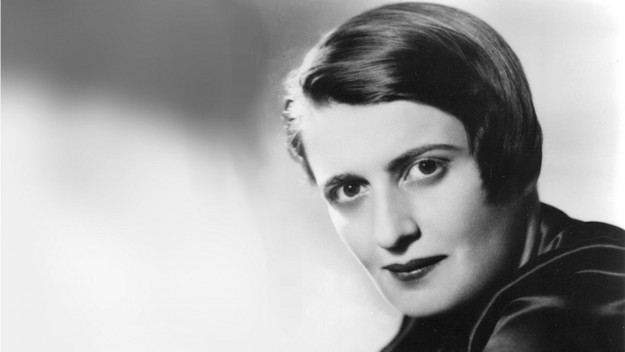 I love Ayn Rand’s essay, Racism. Here are some excerpts.

Racism is the lowest, most crudely primitive form of collectivism. It is the notion of ascribing moral, social or political significance to a man’s genetic lineage—the notion that a man’s intellectual and characterological traits are produced and transmitted by his internal body chemistry. Which means, in practice, that a man is to be judged, not by his own character and actions, but by the characters and actions of a collective of ancestors.

Racism claims that the content of a man’s mind (not his cognitive apparatus, but its content) is inherited; that a man’s convictions, values and character are determined before he is born, by physical factors beyond his control… Racism is a doctrine of, by and for brutes. It is a barnyard or stockfarm version of collectivism, appropriate to a mentality that differentiates between various breeds of animals, but not between animals and men.

Like every form of determinism, racism invalidates the specific attribute which distinguishes man from all other living species: his rational faculty. Racism negates two aspects of man’s life: reason and choice, or mind and morality, replacing them with chemical predestination.

The respectable family that supports worthless relatives or covers up their crimes in order to “protect the family name” (as if the moral stature of one man could be damaged by the actions of another)—the bum who boasts that his great-grandfather was an empire-builder, or the small-town spinster who boasts that her maternal great-uncle was a state senator and her third cousin gave a concert at Carnegie Hall (as if the achievements of one man could rub off on the mediocrity of another)—the parents who search genealogical trees in order to evaluate their prospective sons-in-law—the celebrity who starts his autobiography with a detailed account of his family history—all these are samples of racism, the atavistic manifestations of a doctrine whose full expression is the tribal warfare of prehistorical savages, the wholesale slaughter of Nazi Germany, the atrocities of today’s so-called “newly emerging nations.”

The theory that holds “good blood” or “bad blood” as a moral-intellectual criterion, can lead to nothing but torrents of blood in practice. Brute force is the only avenue of action open to men who regard themselves as mindless aggregates of chemicals.

Modern racists attempt to prove the superiority or inferiority of a given race by the historical achievements of some of its members. The frequent historical spectacle of a great innovator who, in his lifetime, is jeered, denounced, obstructed, persecuted by his countrymen, and then, a few years after his death, is enshrined in a national monument and hailed as a proof of the greatness of the German (or French or Italian or Cambodian) race—is as revolting a spectacle of collectivist expropriation, perpetrated by racists, as any expropriation of material wealth perpetrated by communists.

Even if it were proved—which it is not—that the incidence of men of potentially superior brain power is greater among the members of certain races than among the members of others, it would still tell us nothing about any given individual and it would be irrelevant to one’s judgment of him. A genius is a genius, regardless of the number of morons who belong to the same race—and a moron is a moron, regardless of the number of geniuses who share his racial origin. It is hard to say which is the more outrageous injustice: the claim of Southern racists that a Negro genius should be treated as an inferior because his race has “produced” some brutes—or the claim of a German brute to the status of a superior because his race has “produced” Goethe, Schiller and Brahms.

These are not two different claims, of course, but two applications of the same basic premise. The question of whether one alleges the superiority or the inferiority of any given race is irrelevant; racism has only one psychological root: the racist’s sense of his own inferiority.

To ascribe one’s virtues to one’s racial origin, is to confess that one has no knowledge of the process by which virtues are acquired and, most often, that one has failed to acquire them. The overwhelming majority of racists are men who have earned no sense of personal identity, who can claim no individual achievement or distinction, and who seek the illusion of a “tribal self-esteem” by alleging the inferiority of some other tribe. Observe the hysterical intensity of the Southern racists; observe also that racism is much more prevalent among the poor white trash than among their intellectual betters.

Historically, racism has always risen or fallen with the rise or fall of collectivism. Collectivism holds that the individual has no rights, that his life and work belong to the group (to “society,” to the tribe, the state, the nation) and that the group may sacrifice him at its own whim to its own interests. The only way to implement a doctrine of that kind is by means of brute force—and statism has always been the political corollary of collectivism.

There is only one antidote to racism: the philosophy of individualism and its politico-economic corollary, laissez-faire capitalism.

Racism was first published in the September 1963 issue of The Objectivist Newsletter. Click here to read the essay in its entirety.