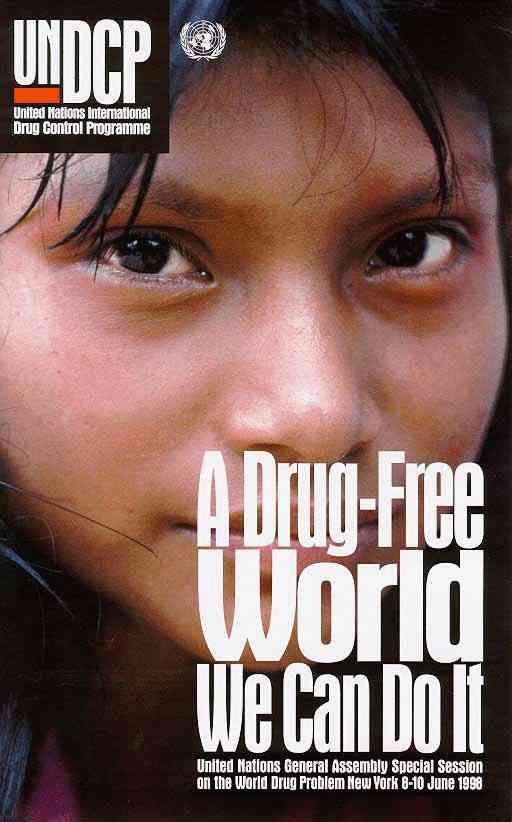 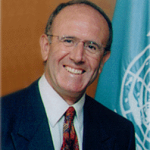 The world is at a crossroads in the fight against drugs. We can stay put—or we can, as the American poet Robert Frost said, “take the road less travelled”. It is time for a step forward along the path of international cooperation, writes our guest blogger. It is his belief and ours that the future is now. The price of a Drug-Free World is Eternal Vigilance!

Sometimes large events mark the end of social movements. Other times they signal a beginning. The Special Session of the General Assembly on Countering the World Drug Problem is a point in between. It is a kind of light house – or a beacon – in the world’s fight to eliminate the abuse and production of illegal drugs. It is a guiding step.

When the nations of the world come together in New York in June, it is important to pause and think about how far we have come in controlling and understanding illegal drugs since the first international conference on the issue almost 90 years ago.

Delegates from a handful of countries met in Shanghai, China in 1909 to discuss an outbreak in the use of opium, but they had no authority to sign an agreement. Now, nearly 90 years later, in New York, Heads of State and Government from many countries will be in attendance. The 185 Members of the United Nations will examine a wide variety of subjects directly related to controlling illegal drugs and hopefully adopt the most innovative strategies to decrease their supply and demand.

Together, they will decide upon adopting a series of action plans, including: stemming the flow of stimulants and their precursors; judicial cooperation; countering money laundering; and cooperation on eradication and alternative development. It will be a time for Governments to look back on the successes of the past and look forward to future goals.

However, the power of positive thinking must play a role. If the international community can come away from the meetings in New York with a sense that this was the turning point – the place where the world went forward with a renewed sense of energy in the fight to control illegal drugs – then we will have accomplished a great deal. It is not the end of a process; it is the next step ahead.

There are naysayers who believe a global fight against illegal drugs is unwinnable. I say emphatically they are wrong. Our slogan for the Special Session is “A Drug Free World – We Can Do It!” The United Nations and the International Drug Control Programme (UNDCP) will help lead the way.

More than 21 million people around the world use cocaine and heroin, over 30 million abuse amphetamine-type stimulants, and an estimated 140 million uses cannabis. Up until now, the world has done its best to combat the drug control problem at the national and regional levels, and the frontlines remain at the grass-roots level. But it’s clear that something more must be done.

The time is now to take the challenge to the next stage. The adoption of UNDCP’s concept of a global strategy is pivotal if we are to meet the challenges of eliminating or significantly reducing the use and production of illegal drugs by 2008.

For the first time, we have concrete requirements based on lessons learned at the local, national and regional levels. They are factored into our vision: a unique global system to monitor illicit cultivation and prevent the “balloon effect” (this would make sure drugs eradicated from one area would not reappear in another nearby), a participatory approach involving local communities, and a balance between law enforcement, alternative development and demand reduction. Each is critical to our ultimate success.

The international community is committed to the elimination of all illegal drugs. However, the drug control landscape has changed dramatically in recent years. The ground rules of the past no longer exist and that’s why, now more than ever, we need to learn from each other. Countries which used to have problems with the production of illegal drugs today have to face the dilemmas of abuse. Other countries which used to only deal with demand for drugs now must cope with the problems of illicit cultivation.

Supply and demand are two equal sides of the drug menace. Demand reduction is a flail partner in our strategy UNDCP’s country-level projects are almost evenly divided between demand, supply and law enforcement.

Delegates to the Special Session will have the chance to adopt the Declaration on the Guiding Principles of Drug Demand Reduction. It would be a dynamic step, establishing for the first time a common denominator of measures. The standards that have been set for drug-producing countries for years would now be mirrored in places where there is a demand for illegal drugs. We must look into the future and set realistic goals, both as individual nations and for the world.

President Bill Clinton has set a target for 50 per cent demand reduction in the United States during the next ten years. Many political leaders at the highest level are planning to come to New York in June. The leaders who gather there and make similar pledges will have the eyes of the world upon them, and their words will carry an even greater significance. However, there are times when words get lost in the translation to actions. How then do we know that the international community is moving in the fight direction?

UNDCP supports the call for the establishment or strengthening of regional mechanisms to share experiences and results of national strategies. We will continue to take an active role in supporting the work of these regional mechanisms, ensuring thereby a comprehensive analysis of the effectiveness of drug control policies.

The fight must be taken to the next stage – the global level. We must adopt a universal plan of action. The perfect place to show our commitment to the international fight against illegal drugs is at the Special Session of the General Assembly.