There needs to be a better plan than currently appears Europe is mobilizing, lest things get way out of control and chaos and disorder ensues.
This is exactly the scenario that underpins the hysteria of the xenophobia mongers and Cold hearted who want Donald Trump to become President of the USA, and the more troubles that eventuate will give the the Anti-Refugee Rightest something to crow about.

“The mayor of Cologne has summoned police for crisis talks after about 80 women reported sexual assaults and muggings by men on New Year’s Eve.
The scale of the attacks on women at the city’s central railway station has shocked Germany. About 1,000 drunk and aggressive young men were involved.
City police chief Wolfgang Albers called it “a completely new dimension of crime”. The men were of Arab or North African appearance, he said.
Women were also targeted in Hamburg.
But the Cologne assaults – near the city’s iconic cathedral – were the most serious, German media report. At least one woman was raped, and many were groped.
Most of the crimes reported to police were robberies. A volunteer policewoman was among those sexually molested.
Read more >here< *** Because the mainstream media was slow to confirm early reports of this trouble, I was hesitant to accept their validity. I condemn the mentality of those who fed their paranoia on a diet of unsubstantiated tripe, yet I equality condemn anyone who would seek to turn a blind eye to inconvenient and reprehensible truths once they have been established as fact. The net is filled with phobia mongering lies that feeds the paranoia so that we must be wary not to buy into falsehoods. It is easy to summon to the surface latent prejudice by posting a picture of a group of strange looking scruffy men... nonetheless it would also be absolutely naive to think there would be no problems at all developing from such massive movements of desperate and traumatized populations into countries in which they are alien. 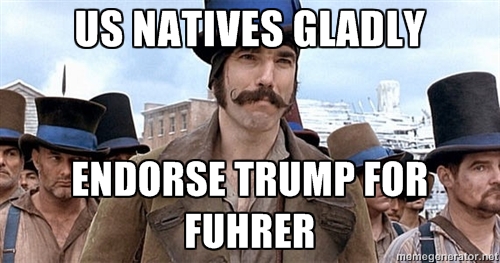 There is a natural propensity in these situations to think in terms of ‘Us’ vs ‘Them’.

If we do the math… that 1000, or even 2000 unruly migrant men and refugees were involved in this New Years Eve violence in Germany, we will find that this equates to a mere 0.2% of the 1 000 000 people whom Germany has given refuge… yet this in itself demonstrates how tiny minorities can cause troubles far in excess of their numerical significance, and cause massive problems for the total social demographic for which they are associated.
And this appears to be the general rule for Islam in general.
A Billion Muslims have been made to carry the scorn that Non Muslims should be directing only to that small portion who support Isis and other atrocities that are committed in the name of Islam.

Time was of the essence to save these people, yet these despicable episodes prove that time is now of the essence for decisive actions in quelling Lawlessness, and keeping the peace.

Events like this challenge the Humanitarian ideals of people like myself who have actively spoken up in favor of allowing more Syrians refugees into western nations, and plays directly into the hands of those whom out of fear, indifference, and hatred would leave them all to Starve or Drown.

Leaders Like Angela Merkel whom have heroically championed the Liberal Humanitarian cause, need to formulate ‘An Art’ of managing this Mass Refuge crisis via processes in which having opened the doors to save countless innocent lives… that now they are safe out of immediate harms way… these refugee populations must now be systematically ‘processed’ ‘vetted’ ‘sworn in’, and ‘instructed as to the terms and conditions of them remaining in their host country.

The leaders, and best of these Refugees need to play an active roll in this process, being employed with ‘natives’ in the ‘management and ‘acclimatization of their countrymen, to harmonize with the Laws and cultures of their hosts.

I am not talking about forcing them to abandon their beliefs, but that they must show appreciation and gratitude.
They must behave and respect* the laws of their hosts.
Peaceful Civility and cooperation are the bottom line conditions of their welcome and continued stay.

Any trouble makers must be singled out and publicly punished/ exiled, so that Law and order prevail and the host countries don’t become the victims of their own benevolence because of arrogant ingratitude from the refugees.
The refugees need to know on no uncertain terms that misbehavior will not be tolerated, and that the strong hand of the Law will keep the peace.
That it is a grave mistake to think their hosts are weak and powerless to prevent any mob lawlessness.

Situations as have been reported to exist in sections of French cities where migrant gangs are said to run amok and seek to impose sharia Law *Cannot be allowed* to be replicated elsewhere.
Strong… yet principled measures must ensure the Rule of Law and civil society is maintained.

This is a problem which vexes me greatly… Wisdom and decisive action must prevail so that such great humanitarian aid proves to be a benefit to everyone… not a disaster.

The future of Humanitarian Aid in times of Crisis depends on mutual Good will, and wise management prevailing over the troublemakers, and cowardly Doomsday Sayers whom would prefer oceans of Corpses rather than deal with the manifold problems Mass Refugee intakes of alien populations present.

A joint effort must be made to stop troublemakers from turning the host nations against immigrants and refugees… giving the Right wing anti -immigrant factions the ‘ammunition’ they need to stop the humanitarian effort and to crush liberty and equality.

Libertarians like myself know that in the long term receiving migrants and refugees tends towards greater wealth and prosperity, yet also appreciate that in the short term, clashes of culture and unrest are almost inevitable, and that the degree to which these problems manifest themselves will be to a large degree determined by the prudent actions and plans of the leaders of both the hosts, and the guests… or the lack thereof.

These problems and dilemmas will be the focus of much of my thought for the foreseeable future.

And there needs to be a hell of a lot more thinking about the Events and conflicts that led to this mass exodus from the East… about preventing repetitions, and also about restoring peace and safety in these waste lands of death and destruction, so that they can be rebuilt and re-inhabited.

What hope does Mankind have?
We seem hell bent on War…. Nation against Nation…. Brother against Brother.
Paradise lost.
Maybe we can never hope for lasting peace… yet still maybe this fact in itself shows that the world will always require Humanitarians to boldly act, and to triumph over the Fear mongers and the haters.

From above God watches.
Everything is being recorded for the day every one of us will be summoned to give an account for ourselves before his throne of Judgement.

I admit that these moral dilemmas test my courage and conviction, and I pray for wisdom and for Goodness to prevail over Evil.
Amen.

Please share this post and get everybody on the same plan,.. for Freedom and peaceful co existence…

More on The Refugee crisis from Tim….

Anti-Terrorism at its finest. The Road out of darkness into the light.

4 thoughts on “The Art of Assimilation. Culture shock, Lawlessness, and the challenges facing humanitarian good will”