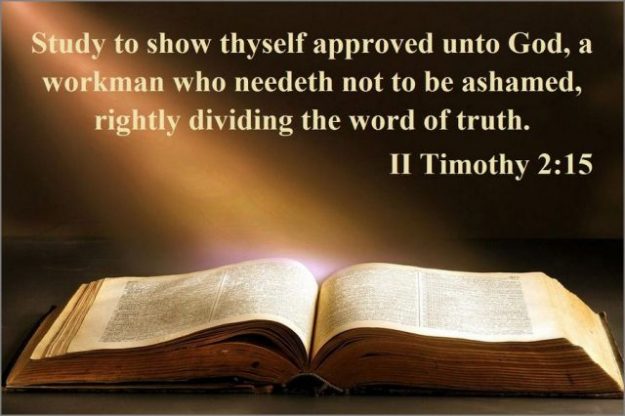 Ignorance of Dispensationalism can be Deadly.
It can also Damn your soul.
The Bible is The Sword of the Spirit!
It carries the weight and authority of God Almighty Himself!
It ought to be not only revered, but handled with Great Fear and trembling!

With this in mind and taking opportunity to discuss the Importance of dispensational truth, I have been soliciting responses from both Christians and Atheists in respect to a news article (posted below)
and the responses from all quarters have been telling … We live in a world of delusion.

Here is the story… 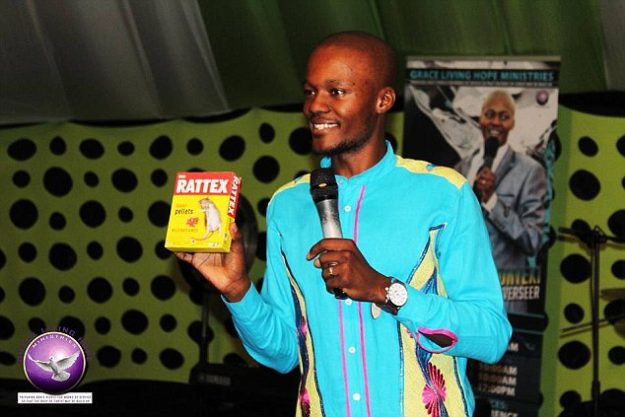 ‘Priest Feeds Congregation Rat Poison To Prove They’re Above Death… They All Die’
BY : HANNAH WATTE…

Priest Light Monyeki from Soshanguve, South Africa, took it upon himself to prove his follower’s were superhuman and immortal, with a seriously dangerous stunt.

The priest declared to his congregation they should not fear death, as they will not die, before proceeding to pour bottles of water contaminated with rat poison into their mouths…

Horrifyingly, many of his followers ran forward to take a fatal drink from the treacherous bottle.

The priest took a swig from the poison fluid before pouring it down the throats of his loyal congregation.

Disastrously, yet predictably, the members of his church started to complain of stomach pains and by the evening, five of them were tragically dead.

A further 13 more were taken to hospital for the ingestion of the lethal drink, but despite all of this Monyeki allegedly denied responsibility.

Now some of you readers may be wondering why this Priest would dare to do something so insane?

Jesus said…
” Go ye into all the world, and preach the gospel to every creature.
He that believeth and is baptized shall be saved; but he that believeth not shall be damned.
And these signs shall follow them that believe; In my name shall they cast out devils; they shall speak with new tongues;
They shall take up serpents; and if they drink any deadly thing, it shall not hurt them; they shall lay hands on the sick, and they shall recover…” Mark 16vs15-17 KJV.

In the light of these Biblical promises… Was this Priest ‘Evil’ to do what he did… and why did his congregation die?

The silliest response I received was from a deeply deluded soul who though claiming to be a Christian wallows in confusion… just as this South African Preist does… He blamed the poisoning on a lack of Faith!
As if these people willingly drank poison… not believing they would be Divinely immune!
That’s just Dumb… They obviously were sincere enough in their belief to risk death… unfortunately their faith was … for some reason… misguided… misplaced.

Does the fact that no miraculous protection from poisoning occurred… but that as was to be expected… people got sick and died prove that Miracles never happen, and that the Bible is only believed by Fools?

Are the Atheists correct in their assertions…. “This is a perfect example of what Hitchens meant when he subtitled one of his books with “Religion poisons everything”… as one militant Atheist claimed.
At face value… looking at the sequence of events…it may appear that the atheists have a sound case!
I will deal with this assertion shortly.

An answer that was not put forward… yet might be considered to be plausible is the argument Christ used when Satan told him to throw himself from the temple spire… contending the Bible said God would protect him… to which Christ responded “Thou shalt not tempt the Lord thy God”.. inferring that the promise of divine protection from poisoning was only against *accidental or malevolent poisoning*… yet this answer will not work either… as Christ said the miracle *Was a sign*… ie was something that was supposed to convince people of the truth… just as Jesus intentionally did signs and wonders to prove he was the Messiah. 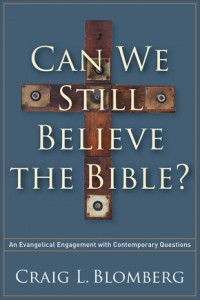 Another seemingly plausible explanation to deal with this problem was proposed by ‘Mike’ who claimed … “Most Biblical scholars think those verses in Mark are forgeries. They don’t exist at all in the oldest copies…”

My Rebuttal to this assertion that our modern Bible contains Fraudulent Texts that have been added with the process of time, and my overall Bible believing solution follows… and it is an answer that few people today apprehend… Christians or otherwise…

Mike…. These verses are in my King James Bible, and therefore in my view Authoritative… The translators of the King James being *Greater Scholars* than any of its critics… whom are applying *Bad Human reasoning*.

In the book of Acts, and the letters of Paul, we read that *Straight away* … in the very times of the apostles…the forces of evil were at work in the fellowship of Christ… Wolves in Sheeps clothing were busy Perverting the scriptures… teaching heresies… etc,… yet all this while God promised to Keep his word pure and available… ie the doctrine of preservation…. so Like today… we have The King James AV… and a whole raft of modern perversions.

The King James was translated from the Received Text… which has by far the greatest historical validation, whereas the modern wolves have used the lesser texts… the perverse texts… some of which will *not have the last portions of Mark 16*… as you have asserted.

Now of course *Dating evidence* is a dubious enterprise at best… Dates given being prone to ‘favour’ the bias of those doing the dating…. yet even if it is true that the earliest fragments found dont contain these verses… this cannot be rationally seen an unquestionable proof that these final verses of Mark 16 are a later fraud.
Such older manuscripts are just as likely to be the fraud itself!

… as Paul and others said this was going on from the Earliest of times… and here’s the real Jam… Christopher…. *When you understand the dispensational aspects of the scriptures *these later verses in Mark 16 Dovetail perfectly with the program that was going on at that time*.

All this is clearly expounded in the scriptures…. yet so few Christians understand any of this… and that is why you get so much foolishness going on… like this misguided African Priest…

Thus the doctrine of these portions of Scripture are being misused and abused…. they do not apply to our Age… our dispensation… which is a completely different program from what is being taught in Mark 16… these verse contain *many doctrines* that are not applicable today… such as Baptism being necessary for salvation… speaking in tongues… etc

So far be it from being a Fake… later edition… or some ridiculous pre-scientific Religious mumbo jumbo… When you understand the context of the verses… everything is perfectly in order.
So…. despite such silly notions that ‘you cant use the bible to prove the bible’…. you can… and these stumbling blocks that Atheists like both Christopher Hitchens and the Chris who mentioned him think of as being evidence that ‘ Religion poisons everything’… simply demonstrates their willful ignorance… their need to stumble over things that are at first glance… hard to believe… which is not surprising given their dire need to vindicate their faith in Materialism…. which of course deems *any super natural claims as automatically being *Fraudulent*…
****

This sorry story is perfect example of how people whom are ignorant of the dispensational nature of the Bible mishandle the scriptures and are blinded by their own delusions..
Such mishandling has the added disastrous affect of leading Atheists to reach and maintain false conclusions… that the whole bible is Full of lies and foolishness… because no miracle was forth coming.

Christians start doubting portions of their scriptures… or start critisizing the faith of people whom if anything show fanatical zeal in the extreme!

All this because Christians today wallow in Doctrinal apostasy… failing to heed Pauls injunction to Rightly divide the word of truth, 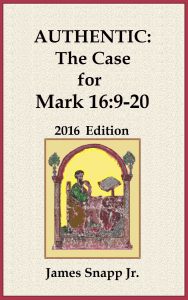 (Note: I have not read this book, or ‘Can we still believe the Bible’so I can neither endorse or warn against them… I have simply inserted these pictures as pertinent to my discussion. They look interesting.)

Rediscovering Dispensational Truth…Exposing the Frauds of Orthodoxy one Fallacy at a time… Part 1. Christ’s Gospel.

4 thoughts on “Failure to understand Dispensational Truth can be Deadly!”