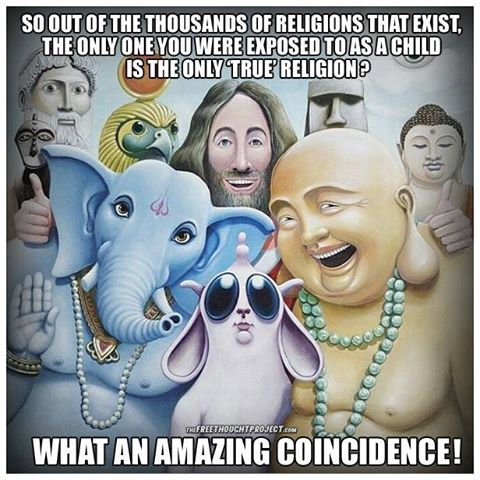 We all are responsible for what we believe… whether truth or lies.

That Large sections of Humanity are lazy when it comes to some of the most important questions about our existence is without doubt true.

“Enter ye in at the strait gate: for wide is the gate, and broad is the way, that leadeth to destruction, and many there be which go in thereat: ”
Jesus Christ. Matthew 7:13.

Yet I want to look at the claims of the meme above and share an important observation.
The Atheists who made this meme, and make this sort of argument (Richard Dawkins for starters) typically forget it equally applies to their *own beliefs* too!
They may retort… “I was raised in a Christian home… yet I broke free… because I’m smarter than my silly parents … I became an Atheist because of Reason…”
*This is pomposity*.
They have contradicted themselves… that just because many people *Automatically*… unthinkingly…. slavishly …. adopt the religion of their parents… when it is just as likely for Children raised *By atheists* to sheepishly become Atheists *Or* like they claim for themselves… to reject the beliefs under which they were raised… and adopt a theistic faith… thus rendering the entire claims of this meme moot at best… and seriously erroneous as applied by the Atheists. 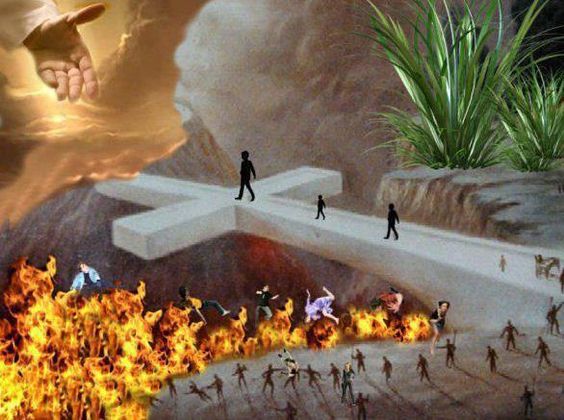 The truth is *Some people of every age…unthinkingly adopt the religions of their elders… some… many… do so with sound reasoning… some chose to abandon the faith of their parents… for good reasons… or Bad.

Life and cultures are in constant flux … once upon a time in the West Christianity was in the ascendance… and It may be reasoned that therefore the sheepish minds of such an era will unthinkingly embrace the Common ideas of their age… Christianity… yet times have changed… *Today* in the West… our culture has for the past 100 years been saturated in the delusions of Materialism … and so the sheepish minds of our era *are most likely to sheepishly… unquestioningly adopt atheist materialism.
So in light of this it is the atheist who especially needs to ask themselves… are they really free thinkers… or are playing the role of ‘Sheep’ today?
Have they stopped to question their own beliefs and why they believe them?
For many the unthinkable yet honest answer is *no*.
For all their Zeal… they are just sheep… because they have been unwilling to seriously contemplate the possibility that their Beliefs are merely a product of the fashions of our day.

Read My Testimony Here> The death of an Atheist.

And Rapturous Amazement! The Advance of Science Converts The High Priest of Atheism to Deism. A Flew.