Note: This post is not about Peaceful Muslims who practice their faith without a desire to impose their values upon others by force.
Its about *Radicalism*. 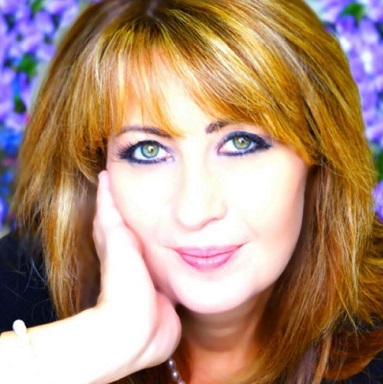 Please watch her video (below)

I hear this woman’s cries!
Radical Islam is a kissing cousin of Socialism… both are a threat to our Life, Rights, and liberty.
Religious liberty exists within strict Moral limits… yet both socialists and Radical Islamic want totalitarianism and must be resisted at all costs.
Radical Atheism… Radical Christianity… *Extremism* that is intolerant of the liberty and rights of others and desires power to impose their beliefs upon everyone by force… they are the enemies of humanity… the enemies of justice.
The answer *is Libertarianism*
Look it up folks!
Under Libertarianism you are free to peacefully follow your own conscience … be an atheist… be a Muslim… be a Christian… even be a socialist… and propagate your values via free speech… yet *not* impose your beliefs by force of the Law.
For our Rights are *equal*

The God of Confusion reigns down here… anyone doubt this?
for example… most of us recognize the fact that opening the port callus to allow mobs of Radical Islamics to just walze in and set up shop is a recipe for self destruction! and yet we dont seem to appreciate the fact that letting in Socialists is just as insane… for the very same reason!
Why?
Because we have become acclimatized to living with extremist socialists who have no regard for our rights…. shame on us.
Because the media does not alert us to this danger and we are such sheeple as to not contemplate this truth for our selves… shame on us!
Having Open Boarders is a Libertarian ideal… for sure… yet it is not something that can be achieved overnight… it is an ultimate goal… so too is having well defended boarders…. The difficultly is in transitioning from the status quo to the ideal without being foolish… but also by being brave enough to avoid inhumanity towards the needy (like real refugees)
To those paranoid about allowing foreign refugees to stay here.. yet dont apply the same concern for social Democrats who want to stay here… I say you are either foolish and dont appreciate the equivalent risks involved to our country’s Liberty and justice,… or deceitful… because you yourself are a socialist with zero respect for the Freedom of others.
It Acient times, there was noting Evil about having a walled city to keep the barbarians out and the existence of strict terms and conditions for entry (keeping the peace, and respecting the rights and liberties of the inhabitants)… those that enter must consent to minimum standards of conduct that are universally applicable… even outside the walls…

3 thoughts on “Radical Islam is like Socialism… Neither are Religions of Peace.”