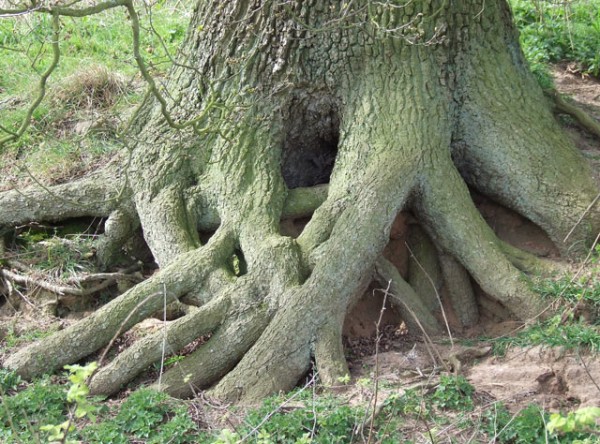 A man lived in the Great Plains, many years ago. He had only one source of wood for all his needs: a beautiful large oak tree growing behind his cottage. Anyone passing by could see that this was truly a beautiful tree, and of course it was an oak tree so it must be strong. It would protect him from the prairie’s storms and provide shade from the sun.

This man was very happy about his tree. It was really all he had ever wanted to meet his many needs. It was large enough to provide firewood from its fallen branches, its many limbs could be cut as he needed them for building furniture. The man was very happy.

One day the man decided to make a chair, so he took his saw and went out to his tree. He climbed onto one of the lower limbs and began to saw it off. As his saw bit into the wood, the man got a funny feeling. Something just didn’t seem right. As he finished sawing the limb suddenly snapped as if it were brittle, shooting splinters into the man’s eyes. He was surprised and hurt, but he managed to clear his eyes and slid down to where the limb had dropped to the ground.

He looked at the end where he had made his cut and to his amazement he saw not the solid, gleaming bands of a healthy oak, but a pithy, brittle mass riddled with holes. The limb would not serve for furniture – no way. And the man realised that something was amiss. He began having suspicions about his beautiful tree.

The next day the man tried again, for life presses on, and he really needed a chair. So he climbed again to another limb, and began cutting. And again, just as he was about to complete his task, the limb shattered and sprayed him with sharp splinters. This time he was prepared, and managed to turn his head, but the splinters were sharp and they hurt him nonetheless. Again he climbed down, and discovered the same pithy, brittle mass.

With this the man realised that his precious tree was not well. It was diseased. It was infested with an insect, the prairie oak flea, which was known to cripple trees, but not to kill them.

As the disease progressed, the man realised that he was not getting from his tree the things he counted on for his safety and comfort. The leaves became thin and scattered, and the tree could not provide the shade that he needed from the hot sun. When storms came, instead of the sheltering buffer he had hoped for, the tree would yield its weakened limbs to the winds and they crashed down on his cottage roof. Once a limb broke right through in the midst of a storm and the man spent a cold wet night waiting for daylight so he could close the hole.

But still, the man loved his tree. It was a beautiful tree. And it was an oak. It was HIS oak. “I love my tree,” said the man. “I know it has a disease, but I love the tree nonetheless. I chose to build my home in its shelter and I am committed to staying with it.”

One day a passing wagon stopped, and the man in the wagon asked, “Why do you stay under this sick tree? It’s causing you so much pain, and there are things you need that it doesn’t give you?”

“But look,” said the man in the wagon. “Its wood is rotten. Its shade is useless. It harms you in storms when it should shelter you. And you have no furniture because its wood is brittle and pithy.”

“Oh, no,” said the man. “You must learn to separate the disease from the tree. Otherwise you’ll become embittered.”

“Well,” said the man in the wagon, “if the disease is separate, then where is the tree without the disease? I don’t see a healthy tree standing next to a disease. All I see is a pithy, bug-eaten tree that can barely stand on its own. If your tree is such a good provider, why is that you have so little, and what you have is patched and leaking?”

The man thought for a while, and then said, “You know, maybe you are right. No matter how much I say I love that tree, it will never give me the things I need from it. I guess you’re right. The TREE and the DISEASE are all the same thing. I don’t have a tree and a disease. I have a DISEASED TREE. And the longer I hang out under this tree, the longer I’m going to live without the shade and the wind shelter and the furniture that I need, and the more likely I’m going to be conked on the head by a falling limb. Maybe I need to start looking for another tree that can give me what I need…”

The man thought about it, and a little later he decided to look around for another place to have his home. And the man found a spot, even better than the one he had been living in, with a healthy maple growing nearby.

He hated to think of building his home all over again, but he was, at heart, a courageous man, and he decided to try. In a few months he had a new home, shaded in the summer, shielded from the wind, safe during storms, and he was able to build beautiful furniture for his study. He lived there, mostly happily, writing to his many friends who also had problem trees.

His old tree continued to grow in its same spot, and continued dropping limbs during every storm, just as before. 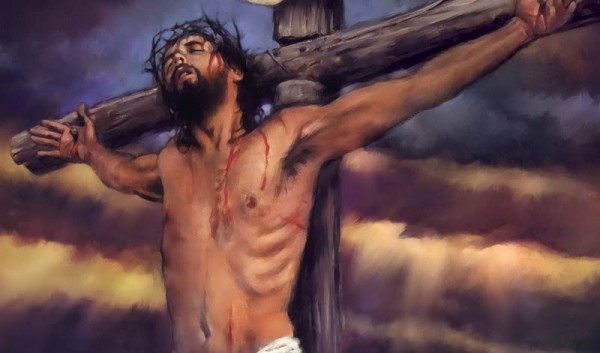 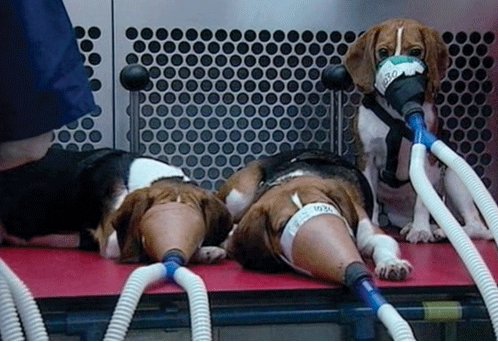 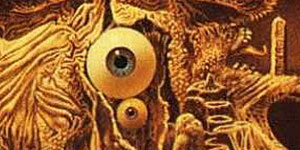 Surely God is good to Israel,
to those who are pure in heart.

But as for me, my feet had almost slipped;
I had nearly lost my foothold.
For I envied the arrogant
when I saw the prosperity of the wicked.

They have no struggles;
their bodies are healthy and strong.
They are free from common human burdens;
they are not plagued by human ills.
Therefore pride is their necklace;
they clothe themselves with violence.
From their callous hearts comes iniquity;
their evil imaginations have no limits.
They scoff, and speak with malice;
with arrogance they threaten oppression.
Their mouths lay claim to heaven,
and their tongues take possession of the earth.
Therefore their people turn to them
and drink up waters in abundance.
They say, “How would God know?
Does the Most High know anything?”

This is what the wicked are like—
always free of care, they go on amassing wealth.

Surely in vain I have kept my heart pure
and have washed my hands in innocence.
All day long I have been afflicted,
and every morning brings new punishments.

If I had spoken out like that,
I would have betrayed your children.
When I tried to understand all this,
it troubled me deeply
till I entered the sanctuary of God;
then I understood their final destiny.

Surely you place them on slippery ground;
you cast them down to ruin.
How suddenly are they destroyed,
completely swept away by terrors!
They are like a dream when one awakes;
when you arise, Lord,
you will despise them as fantasies.

When my heart was grieved
and my spirit embittered,
I was senseless and ignorant;
I was a brute beast before you.

Yet I am always with you;
you hold me by my right hand.
You guide me with your counsel,
and afterward you will take me into glory.
Whom have I in heaven but you?
And earth has nothing I desire besides you.
My flesh and my heart may fail,
but God is the strength of my heart
and my portion forever.

Those who are far from you will perish;
you destroy all who are unfaithful to you.
But as for me, it is good to be near God.
I have made the Sovereign Lord my refuge;
I will tell of all your deeds. (NIV)