Copying is not theft and copyright is not a property right.

Here are some other things which aren’t theft.

And here are some other rights which aren’t property rights.

Copying is not theft and copyright is not a property right. It baffles me that so many libertarians (Objectivists, especially) don’t seem to get this. Perhaps it’s because anarchists release viral videos like this one which confound two distinct claims, viz., copying isn’t theft and copying is fun.

Copying isn’t theft, but neither is rape. And rape isn’t fun. So perhaps copying isn’t good, clean fun, either, even though it’s not theft. 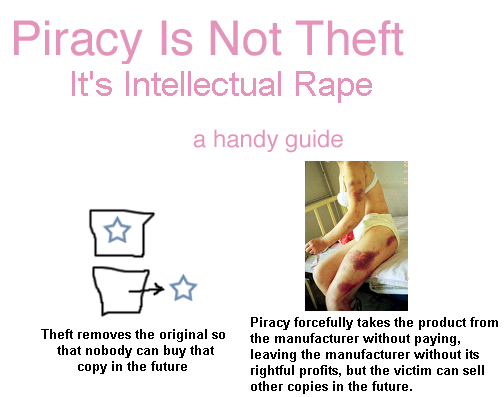 5 thoughts on “Copying is not theft”