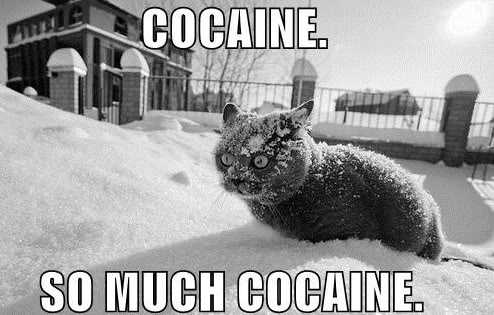 Yes, folks, January is my month of self-imposed moral tyranny. But it’s for my own good! And, anyway, abstinence makes the heart grow fonder.

Do not suppose that my January regime is any less tyrannical for being self-imposed. No, sir, this ain’t a democracy. The party of my mind is a hoi polloi of hapless homunculi. It’s a rabble. It’s a rabble that needs to be told what to do (or, in this case, told what not to do). A rabble that must be roused or doused. By dictators. By benevolent dictators. With drugs.

The King James Bible translates the Greek word λόγος (‘Logos’) as ‘Word’. Although ‘Word’ is certainly close enough, and an excellent choice, there is no exact translation. These days, I think, we might just as well translate λόγος as ‘Information’, ‘Reason’, ‘Algorithm’, or ‘Code’. In other words, software.

And the Word was made flesh, and dwelt among us. (KJV)

Where were we? The rabble has rambled. Well, never mind… my mind? Where is it? Hahaha! Yes, I know what you’re thinking. You’re thinking I’ve been taking too many drugs! You’re thinking … drug-free January, Richard?! Good call!! Well, in the words of Malaclypse the Younger

‘Tis an ill wind that blows no minds.

And that’s one thing that drug-taking does teach you. It teaches you that consciousness is chemical. And that the mind is modular.

One thought on “Drug-free January”