We know through painful experience that freedom is never voluntarily given by the oppressor; it must be demanded by the oppressed. Frankly, I have yet to engage in a direct action campaign that was “well timed” in the view of those who have not suffered unduly from the disease of segregation. For years now I have heard the word “Wait!” It rings in the ear of every Negro with piercing familiarity. This “Wait” has almost always meant “Never.” We must come to see, with one of our distinguished jurists, that “justice too long delayed is justice denied.” 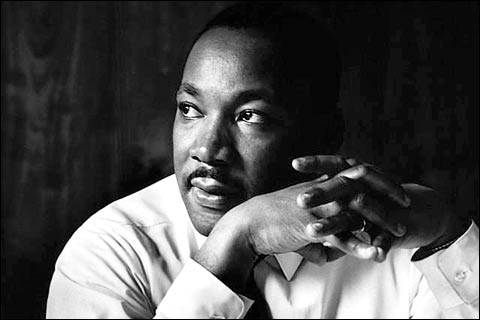 We have waited for more than 340 years for our constitutional and God given rights. The nations of Asia and Africa are moving with jetlike speed toward gaining political independence, but we still creep at horse and buggy pace toward gaining a cup of coffee at a lunch counter. Perhaps it is easy for those who have never felt the stinging darts of segregation to say, “Wait.” But when you have seen vicious mobs lynch your mothers and fathers at will and drown your sisters and brothers at whim; when you have seen hate filled policemen curse, kick and even kill your black brothers and sisters; when you see the vast majority of your twenty million Negro brothers smothering in an airtight cage of poverty in the midst of an affluent society; when you suddenly find your tongue twisted and your speech stammering as you seek to explain to your six year old daughter why she can’t go to the public amusement park that has just been advertised on television, and see tears welling up in her eyes when she is told that Funtown is closed to colored children, and see ominous clouds of inferiority beginning to form in her little mental sky, and see her beginning to distort her personality by developing an unconscious bitterness toward white people; when you have to concoct an answer for a five year old son who is asking: “Daddy, why do white people treat colored people so mean?”; when you take a cross county drive and find it necessary to sleep night after night in the uncomfortable corners of your automobile because no motel will accept you; when you are humiliated day in and day out by nagging signs reading “white” and “colored”; when your first name becomes “nigger,” your middle name becomes “boy” (however old you are) and your last name becomes “John,” and your wife and mother are never given the respected title “Mrs.”; when you are harried by day and haunted by night by the fact that you are a Negro, living constantly at tiptoe stance, never quite knowing what to expect next, and are plagued with inner fears and outer resentments; when you are forever fighting a degenerating sense of “nobodiness”—then you will understand why we find it difficult to wait. There comes a time when the cup of endurance runs over, and men are no longer willing to be plunged into the abyss of despair.

Before closing I feel impelled to mention one other point in your statement that has troubled me profoundly. You warmly commended the Birmingham police force for keeping “order” and “preventing violence.” I doubt that you would have so warmly commended the police force if you had seen its dogs sinking their teeth into unarmed, nonviolent Negroes. I doubt that you would so quickly commend the policemen if you were to observe their ugly and inhumane treatment of Negroes here in the city jail; if you were to watch them push and curse old Negro women and young Negro girls; if you were to see them slap and kick old Negro men and young boys; if you were to observe them, as they did on two occasions, refuse to give us food because we wanted to sing our grace together. I cannot join you in your praise of the Birmingham police department.