A mash-up is a combination of existing texts, graphics, audio or video files or animations that create a new work. Here’s the first draft of one I hastily mashed up … the Gospel of Ayn the Apostle. 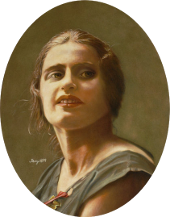 And God saith unto Moses, ‘I AM THAT WHICH I AM; A IS A.’ There is only one fundamental alternative in the universe: existence or non-existence. Through him all things were made; without him nothing was made that has been made.

It is only a living organism that faces a constant alternative: the issue of life or death. For God so loved the world, that he gave his only begotten Son, that whosoever believeth in him should not perish, but have everlasting life.

It is only the concept of “Life” that makes the concept of “Value” possible. Jesus answered, “I am the way and the truth and the life. No one comes to the Father except through me; apart from me you can do nothing.”

Jesus said unto her, I am the resurrection, and the life: he that believeth in me, though he were dead, yet shall he live: My morality, the morality of reason, is contained in a single axiom: existence exists—and in a single choice: to live.

It needs work … but in a nutshell, Ayn Rand chose life; and, in so doing, yes! Rand chose Jesus! 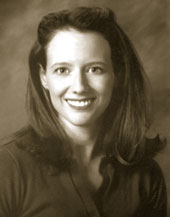 One of the hallmarks of Rand’s Objectivist philosophy is the supremacy of an individual’s capacity for logic and reason. Those two words, logic and reason, appear over and over again in all of Rand’s writings. Here is a quote from Rand herself, emphasis mine:

My philosophy, in essence, is the concept of man as a heroic being, with his own happiness as the moral purpose of his life, with productive achievement as his noblest activity, and reason as his only absolute.

In John’s creation narrative, he immediately identifies and establishes Jesus Christ as divine, co-eternal with God the Father, begotten, not made. Today, we simply say that Jesus Christ is the Second Person of the Holy Trinity. But what we must focus on in terms of this discussion is the word that John uses to name and identify Jesus: John calls Him “the Word.” In the original Greek, the word John uses is “Logos.” The word “logos” in Greek is the same word used for the concepts of logic and reason. This Greek root is indeed the etymological source for the modern English word “logic.” What John did in the very first sentence of his Gospel is to specifically identify Christ, the Second Person of the Trinity, as Logic and Reason Itself. Logic and reason are intrinsic, constitutive qualities of God. They are His essence. They are who He is. This is why Christ identified Himself as “The Truth.” Logic and reason are the process and mechanism by which statements are determined to be either true or false. A true statement is simply a statement that is aligned with God. 1+1=2. True. Why is this true? Because it is in alignment with the existential reality that is God Himself. Or, for you math buffs, consider Euler’s Identity, which I and many, many others consider to be the very thumbprint of God:

Here are the five great constants of mathematics: e, the base of natural logarithms; i, the imaginary number which is the square root of negative 1; pi, the ratio of the circumference of a circle to its diameter; the number one — the multiplicative identity; and the number zero, the additive identity. Now look at how simply and beautifully these numbers combine to form a true statement. That, dear readers, is God winking at us. Rand was right — reason is our only absolute, because Reason is God Himself. If one re-reads Rand making this simple, conceptual substitution, it will literally knock you to the floor.

Knock yourself out. Ayn Rand was a Christian!