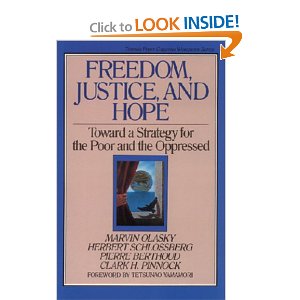 This is a very interesting Christian Libertarian Book.
It discusses the failure of Socialism and promotes Free Market economics.