Suppose that in 2014 a new libertarian party gets seats in New Zealand’s Parliament and becomes a coalition partner in government. Suppose that, as part of a coalition agreement, the new party gets to implement its transitional welfare policy.

There’s to be a cap on the total number of beneficiaries!

Benefits across the board are to be slashed by 10% per year! 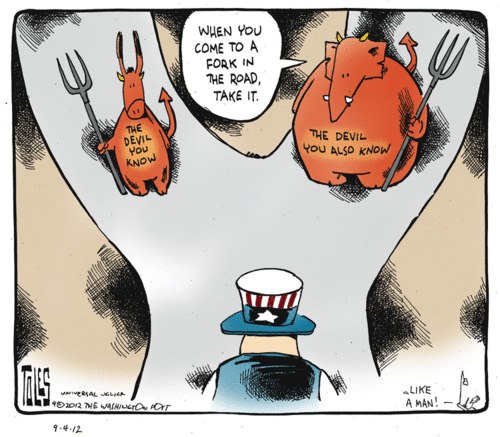 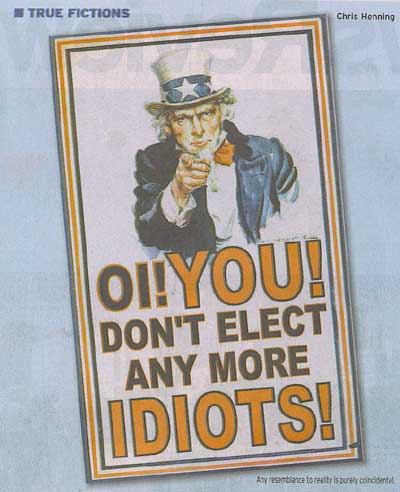 At the end of the first year, total welfare spending has increased!

Far from being part of a balanced budget, welfare spending is even more out of whack!

The Law of Unintended Consequences has reared its ugly head, again. Although the total number of beneficiaries hasn’t increased, and all benefits pay 10% less than they did, the new Invalids Benefit still pays substantially more than the old Unemployment Benefit. Beneficiaries have proved themselves able to move to not find work. There are now less unemployed and more invalids.

This particular case of the Law of Unintended Consequences has a name, viz., Simpson’s Paradox.

One of the best known real life examples of Simpson’s paradox occurred when the University of California, Berkeley was sued for bias against women who had applied for admission to graduate schools there. The admission figures for the fall of 1973 showed that men applying were more likely than women to be admitted, and the difference was so large that it was unlikely to be due to chance.

But when examining the individual departments, it appeared that no department was significantly biased against women. In fact, most departments had a “small but statistically significant bias in favor of women.”

The research paper by Bickel, et al. concluded that women tended to apply to competitive departments with low rates of admission even among qualified applicants (such as in the English Department), whereas men tended to apply to less-competitive departments with high rates of admission among the qualified applicants (such as in engineering and chemistry). The conditions under which the admissions’ frequency data from specific departments constitute a proper defense against charges of discrimination are formulated in the book Causality by Pearl. 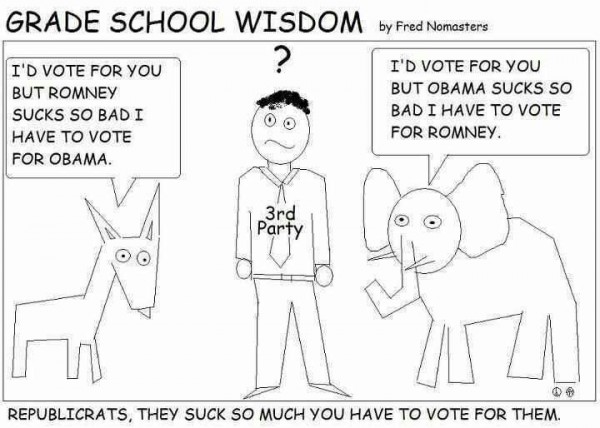 I believe that Simpson’s Paradox, or a phenomenon very much like it, spells inevitable doom for two-party democracies. Unfortunately, there are too many people who vote on the basis of the fact that the lesser of two evils is the lesser evil. There are too many like the otherwise rational man who said

In any event, nothing is more important in the short term than ejecting The Filth from the White House, even if that means voting for Milksop Mitt. Certainly, a vote for some Saddamite masquerading as a libertarian [i.e., Gary Johnson] is just another vote for Obamarx. 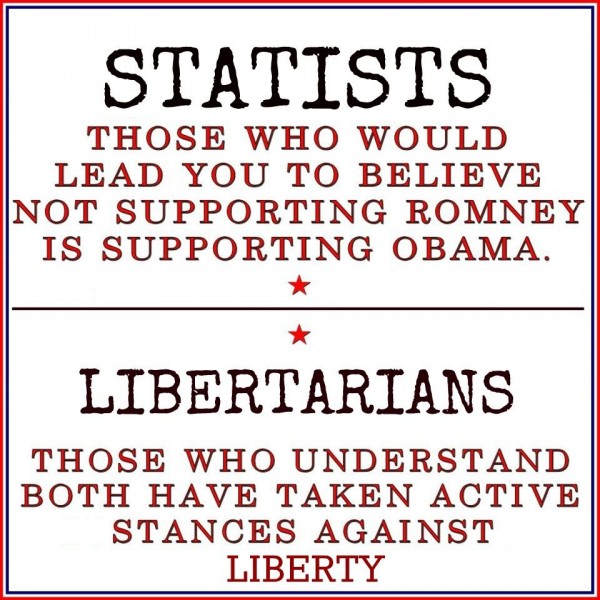 For God’s sake, don’t vote for evil. Understand what Jefferson meant when he said

The natural progress of things is for liberty to yield and government to gain ground.

As yet our spirits are free, but to put a stop to this ratcheting evil, we need to use our precious suffrage to vote for, only to vote for, and one of these fine days to vote in, politicians of principle. They’re as rare as hens’ teeth, of course, but they do exist—on this very blog! 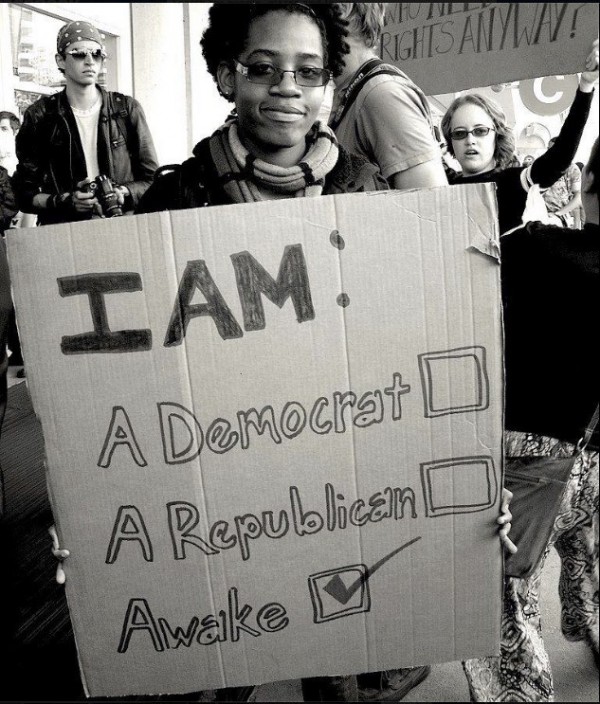 WTFU, people! A vote for the lesser of two evils is a vote for EVIL. 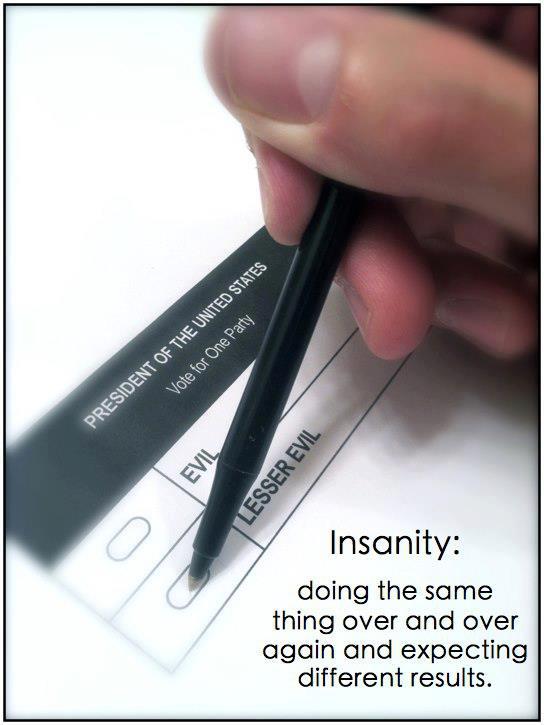 What are you, criminally insane? Please go take this cure for your moral and mental sickness! 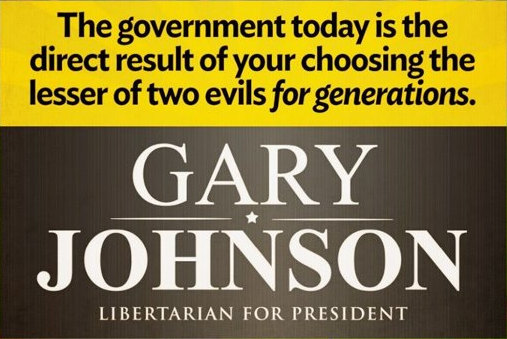