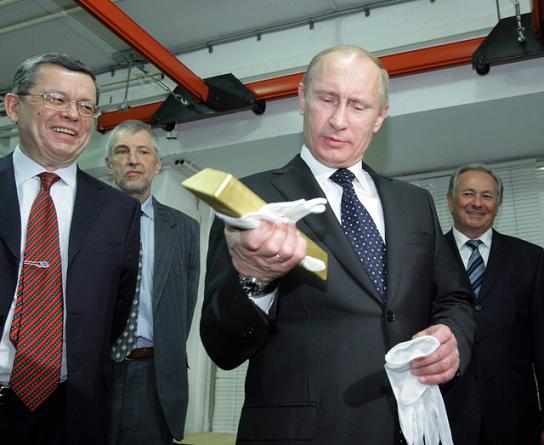 Ron Paul must be reading the News saying “I told ja! I told ja!”.
Everything he said about The corruption of the Federal Reserve, it’s abandonment of the Gold standard, Its ‘Quantitative easing’ is all comming home to roost!
The American Dollar is finnished!

“When Vladimir Putin says the US is endangering the global economy by abusing it’s dollar monopoly, he’s not just talking. He’s betting on it.
Not only has Putin made Russia the world’s largest oil producer, he’s also made it the biggest Gold buyer.
His central bank has added 570 tonnes of the metal in the past decade…” NZ Herald B8 18-2-13

Read about The Death of America Here:

8 thoughts on “Putin stashes tonnes of gold, while America burries itself in play money.”