Under current law, charities are not obligated to give even $1 a year from their surplus to charitable causes.

Does that even make sense? It’s from an article on Stuff.co.nz, Flush Kiwi charities failing to pay out. 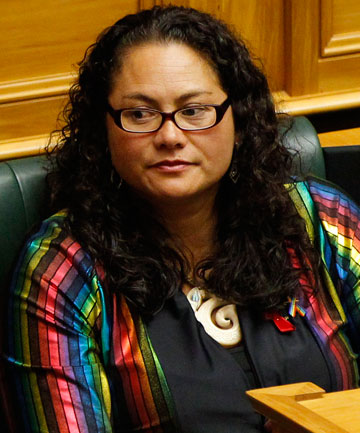 Labour’s charity spokeswoman, coat-of-many-colours Louisa Wall, and a member of the Australian Charity Law Association (ACLA), Dr. Michael Gousmett, are complaining that the current law is creating “inequality in our tax system”.

Notwithstanding that Kiwi kids are Weetbix kids, why on earth does a breakfast cereal manufacturer have charitable status? And Ngai Tahu’s tourist attractions? I’m gobsmacked. The other day, I asked a member of the iwi, “How’s Ngai Tahu?”. He replied, “Rich!” No wonder.

Merely operating as a hospital or school meets the criteria of charitability as it relieves pressure on the public system, even if the charity is charging fees largely unaffordable to most people.

Wall said charitable trusts that benefit only the wealthy were “creating divisions between the haves and the have-nots”.

“Those who least need charity are benefiting the most. It is helping those who can afford to pay to go to private hospitals and private schools, not those who actually need the help.

“We as a country are giving these organisations up to $600m worth of tax relief under the assumption that $600m should be reinvested back into the community, and if that is not happening we desperately need to change the law.”

Note the standard socialist newspeak. Thieving is now “reinvesting back into the community,” and not thieving is now “giving tax relief.” And the thieves are now “out of pocket.” Poor government! If only there were 54 weeks in the year, then they could just keep borrowing at their current rate of $300 million per week and they wouldn’t be “out of pocket.” Meanwhile, the charities sector is “swallowing” $600 million of its own money every year! Into the giant, gaping maw of charity! The horror!

The Government is $600 million out of pocket each year as the charities sector swallows $400m through income tax exemption and $200m in tax credit refunds, yet Cabinet decided against reviewing charity law last year through “fiscal cost” fears.

Recent calls to urgently review the sector were once again quashed by Community and Voluntary Sector Minister Jo Goodhew yesterday.

Charitable purpose relates to the relief of poverty, the advancement of education or religion or any other matter beneficial to the community, she said.

The Charities Registration Board determines whether or not an organisation fits within the Charities Act 2005 and the DIA Charities Services monitors charities to ensure they operate for exclusively charitable purposes.

“Irrespective of what a charity looks like, as long as they are operating within the law, that is what we should be assuring ourselves on,” she said.

The Government decided against reviewing the law relating to charities last year through fears more organisations may have expected to be eligible for charitable status which could have “increased fiscal costs”, an Inland Revenue spokeswoman said.

Inland Revenue was aware of “the public concerns relating to charities” and would be monitoring them to ensure they were operating exclusively for charitable purposes, she said.

Who watches the whale watchers?