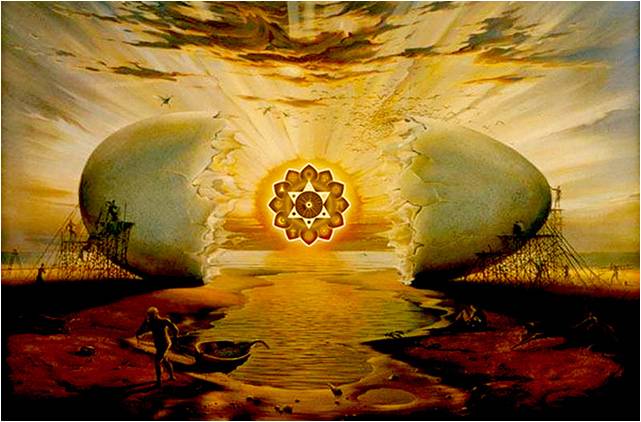 Though I cant profess to being a privileged member of any high society of Academia the responses I have received on two Facebook pages which claim to be forums for discussion on the rationality of the Christian faith and Creationism…. are very telling…

CRA wrote… I was looking for two facts. Instead I found a video link. Video blogs are almost always both poorly done, and set up by people who are neither able to write nor reason well, so I see no reason to waste time watching.
If you have any actual facts to present, please present a cogent argument with references from credible sources. When speaking on scientific topics such as the theory of evolution, an example of a credible reference would be a link to research published in a peer-reviewed journal. Links to personal or advocacy sites, accounts of personal revelation, unpublished research (or research published anywhere other than in a peer-reviewed journal), scriptures, and personal opinions are not evidence.

Tim Wikiriwhi (me) wrote… 1,2…. non-answers.
The video was very short and presented two facts Cynthia….not personal opinions
yet all you do is make a general smear against ‘video blogs’… and prove you are too lazy to watch the video… yet still feel vindicated making a comment…. sharing with us *your un-referenced personal opinion*.
Sort of hypocritical dont you think?
May I suggest you only comment on things you actually bother to examine?
You waffle on about ‘credible references’… as if an argument requires the signature of one of your ‘priests’ …

ZH wrote…. He makes a series of misrepresentation of evolution. Around 0:24 seconds into the short video, he made his first misrepresentation. He claims that evolution claims life came from non life. This is false, as evolution never claimed to have authority on our origins in a cosmological sense. It’s intent is to explain the complexity of life and what lead up to what it is today.
A second later, he makes the claim that it is a random process. Most of evolution is in fact the complete opposite. Though there is no grand exterior force manipulating what happens, we know that mutation often occurs as the result of natural selection. A process in where traits best suited for one species typically carries on to later generation, as those carrying those traits have a higher likely hood of procreation.

JP wrote… What facts did your video present?

BB wrote… Yes what facts were those Tim Wikiriwhi?

IF. Which is an assumption.

Life has never been observed to come from non-life?

Is that the other one?

CRA wrote…. Unlike you, Tim, I’m haven’t made any claims about presenting “facts” that supposedly refute an established scientific theory. When a person makes such claims, he must be prepared to be held to a high standard. You would seem to be lacking in that preparation.
I promise you that if I ever claim to have scientific information to offer, it will be backed with credible references. At the moment, I am quite comfortable with the knowledge that the lack of communication skills and coherence displayed on your comment are wholly consistent with my overall opinion of most video bloggers. You fail to provide the promised “facts,” instead attacking someone who has expressed a willingness to read them if you will but write them out and show your proof.

ZH wrote… XXXXX: I noticed he made no attempts at explaining why what he perceived about evolution to be true. He uses instead vague generalization and intentional misrepresentations of evolution, to undermine the complexity of evolution . Thus shallowly “winning” without having to actually say anything.

SH wrote… What exactly do they mean by “new genetic information”? The term is always defined very vaguely in these arguments.

Also, even if all current models of Abiogenesis were proven unworkable, populations will still change over successive generations. Evolution will still happen.

To be clear, Evolution-theory does not need Abiogenesis(life coming from non-life), it just needs living organisms.

AM said… I watched it. As a Christian, it disturbed me. Dishonesty (especially lying about science and terminology) is not good for the Kingdom of Jesus Christ. The video was a sad rehash of the usual pseudo-science factoids/myths. Truly pathetic.

SW says…. that’s an impressive amount of lies and stupidity crammed into a single 2 minute video.

JA say’s…. Seen that video some time ago – it is as crassly ignorant now as it was the first time.

TB says… Even the title of the video demonstrates a logical fallacy; false dichotomy.

Tim Wikiriwhi….
“Hahaha… 1,2,3,4,5,6,7… replies All devoid of rebuttal!
This is when you Atheists are supposed to say…. “Oh here is an example of life from Dead matter…. and here is proof of how A fish got the genes to grow lungs and legs…”
You all are Emperors with no clothes….”

….And that folks is how the Atheists deal with two absolute scientific facts they cant refute….
By Slander and denial.
Evolution cannot even get to first base… let alone second base…

One thought on “Creationism or evolutionism: the theory of evolution refuted.”