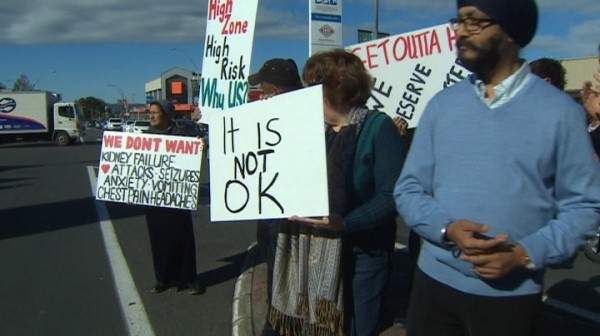 This is a recent press release from New Zealand’s #1 libertarian.

“There have been intermittent calls for further government crackdowns on the legal high industry by those involved in local body politics, most recently from the Team Manurewa organisation, who believe New Zealand should emulate steps taken in New South Wales to ban all psychoactive substances. In the interests of harm minimisation, individual freedom and small local government, these calls should be ignored by Auckland Council,” says Stephen Berry.

“This year the National Government passed pragmatic legislation aimed at maintaining some standards of safety in psychoactive substances. While I have long been on public record as opposing the unrealistic and hypocritical threshold involved in proving a substance to be safe, and continue to maintain that position, I concede that the law did at least set up a framework for these substances to continue to be sold without resorting to the ineffective club of total prohibition.”

It’s a bold concession. This is the same law I have elsewhere described as pure evil. But Berry is right, again. One good thing the Psychoactive Substances Act has done is set up a regulatory framework for the sale and purchase of psychoactive substances.

Actually, it hasn’t. The Act delegates the task of setting up a regulatory framework for the sale and purchase of psychoactive substances to the Ministry of Health, a task that has yet to see completion. While we wait, we have interim product approvals of untested research chemicals. Hopefully, this situation doesn’t contribute to the larger “die while you wait” public health system. (In the event of sudden death, call the National Poisons Centre.)

Actually, it’s not a good thing, either. It’s the lesser evil. A regulatory framework is the best we libertarians can expect. But does it have to be this one, implemented by the Ministry of Stupid? (I’d sooner have one from Colorado, Washington, or even Uruguay. $1 per gram!)

Stephen Berry recognises that some nasty substances have resulted from the legal high industry but claims this is the result of prohibition rather than the legal high industry itself. “New Zealand previously had some relatively safe recreational legal substances in the form of benzyl piperazine and the ingredients in the very earliest forms of cannabis substitutes. Unfortunately a combination of a small number of cases of irresponsible use, coupled with nosey neighbourhood crusaders and a scandal driven media eventually resulted in their ban. As time has gone on, activist pressure has resulted in more products being banned and what has replaced them has often been filthier, nastier and more harmful. Many of the synthetic cannabis products on the market prior to the new laws were harmful because of prohibition rather than because of a lack of it. Indeed there is a strong case for the claim that if relatively benign genuine cannabis were legal, the market for synthetic alternatives would disappear.”

I’ve said before that the legal highs industry is caught between a rock and a hard place. Indeed, it is. Thanks to the past prohibitionist policies of the New Zealand government, the only substances the legal highs industry can offer consumers are novel, untested research chemicals about which we as yet know next to nothing. Bring back BZP! And legalise cannabis.

Should the legal highs industry offer consumers novel, untested research chemicals about which we as yet know next to nothing? Because, legally, now they can. ‘Because it was there’ was the reason George Mallory gave for climbing Mount Everest. He disappeared in 1924 attempting to reach the summit. Is ‘because we can’ a good enough reason for the legal highs industry to peddle potentially dangerous drugs? K2 takes you higher.

“The crusaders for bans on new liquor stores, gambling venues and legal high retailers are usually driven by a wowserish desire to ensure the lives of everyone else are as miserable as their own. They’re convinced that their idea of how one should live their day to day life is so superior that everyone else should be forced to adopt it.” Manurewa Action Local Board member Simeon Brown is a prime example of moral crusaders who value personal prejudice over logic. “Mr. Brown advocates the Manurewa Local Board ban sales of legal highs in their board area even if they are proven completely safe. That position is ridiculously totalitarian.”

It’s not pleasant accepting the fact that there are shades of totalitarianism. Nonetheless, evidence-based policy premised on harm minimisation is a much lesser evil than the ridiculously totalitarian position of the likes of killjoy Brown. We’ve had more than enough of the latter and not nearly enough of the former. In fact, none. We’ve yet to see the implementation of any significant evidence-based policy premised on harm minimisation in New Zealand.

Mr. Berry believes the concepts of individual choice and personal responsibility are far better than any prohibitionist approach to the various vices hundreds of thousands of New Zealanders choose to enjoy. “Our country does not have issues with alcohol because of its availability. Issues with alcohol are the result of a culture that promotes excess and individuals that do not take responsibility for their own behaviour. No amount of new laws and regulations will make a dent in this. It is for individuals to willingly change their own behaviour, not politicians to implement more and more bans. One only needs look at the result of US alcohol prohibition in the 1920s and the result of widespread drug prohibition today to see that more laws will not only be ineffective but actually exacerbate the problems associated with enjoying vice.”

Change comes from within.

“Preventing new liquor stores does not prevent the supply of alcohol, nor dent the profitability of its sale. What it does do is entrench the existing operators and maintain their profits. Were the market allowed to decide how many alcohol retailers are appropriate, the sales of the product would be spread amongst a greater number of players in a more crowded market resulting in liquor retailing actually being less profitable than it is under the current regime.”

“The Government has put in place regulations to deal with alcohol and legal highs at a national level and those regulations are more than enough. Local government should not be getting more involved. Councils and local bodies already tax, spend and borrow far too much. The last thing they should be doing is getting involved in the personal lives of individuals as well.”

More than enough is too much.

Stephen Berry was the Affordable Auckland candidate for Auckland Mayor in the 2013 local body elections. He finished in third place receiving 13,560 votes. Affordable Auckland’s five core policies did not include how legal high regulation should be approached and the party membership includes a range of views.