Cannabis intended for recreational purposes can now be bought and sold legally in Colorado.

This is a very good thing indeed.

We’re going to legalise cannabis here in New Zealand, too. Sooner or later.

In this series of posts (the next two instalments are to feature Washington and Uruguay) I’m going to look at the specific regulatory measures which, of course, vary across each jurisdiction. Having done so, we can then ask, which legalisation model should New Zealand adopt?

The following bullet points are sourced from Wikipedia’s article on the drug policy of Colorado.

Since the enactment of Colorado Amendment 64

Note that Colorado’s is a mixed model. Cannabis cultivation, possession and use is effectively legalised for the individual user. Commercial cultivation and sale are heavily regulated—but hardly more so than anything else in today’s heavily regulated world.

I have no principled objection to the age limit of 21. But I think it’s unrealistically high, also I think the prohibition on public consumption is a bit austere and certainly hard to enforce. Who’s going to stop you getting high when you go hiking in one of Colorado’s beautiful National Parks? 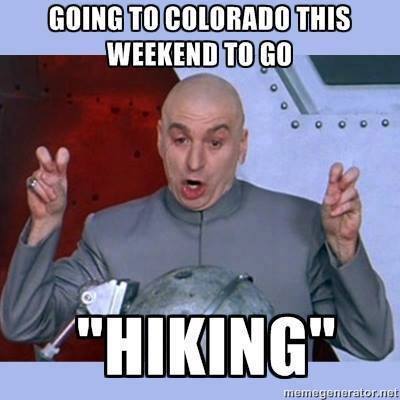 Overall, I think Colorado’s on to a real winner. 🙂

There was plenty of paperwork to keep the bureaucrats happy.

Governor Hickenlooper signed several bills into law on May 28, 2013 implementing the recommendations of the Task Force on the Implementation of Amendment 64. On September 9, 2013, the Colorado Department of Revenue adopted final regulations for recreational marijuana establishments, implementing the Colorado Retail Marijuana Code (HB 13-1317). On September 16, 2013, the Denver City Council adopted an ordinance for retail marijuana establishments.
The first stores officially opened on January 1, 2014. The state prepared for an influx of tourists with extra police officers posted in Denver. Safety fears led to officials seeking to limit use of the drug in popular ski resorts.

Cue an interesting story about the effects of cannabis on skiing from Gary Johnson, former governor of New Mexico and the Libertarian Party’s candidate in the 2012 presidential elections, in an interview with Playboy Magazine.

PLAYBOY: Was there a specific moment, an epiphany, when you stopped drugs?

JOHNSON: I stopped pot because of a specific experience. I was going to be a professional ski racer and pursued professional racing. I skied a couple 125-day seasons in northern Idaho after college. I was racing gates every day. I never made a nickel at professional ski racing–I was lousy at it but I pursued it. One day, I set up a set of gates and punched my stopwatch and skied down the hill. I did it in 17 seconds. I went up the lift and skied down through the gates again and made 16 seconds. I went through the course again and did it in 15 seconds. The next time I got on the chairlift, a ski patrolman whipped out a joint–that was a common occurrence. We smoked pot up to the top of the lift and I went through the course a fourth time. Oh my God, I had the fastest run? It was smooth, perfect. But then I looked at my watch. I was thinking, 13 seconds! But it was 19 seconds! Whoa! It was a revelation. If I did 19 and thought I was so much faster than I really was, then this is carrying over into other areas, too. I thought, I don’t need this.

PLAYBOY: Was it the last joint?

JOHNSON: Not the last, but it broke the habit. People think they can function just as well, but they can’t. A lot of athletes smoke pot because they can’t drink and perform. Yes, you can smoke pot and perform–you can get away with it unless they are testing for drugs–but it has an impact. It has an impact on everything you do. When the Olympic snowboarder tested positive for marijuana, you have to think what he could have accomplished if he hadn’t been smoking.

PLAYBOY: Maybe the pot relaxed him so he could perform as well as he did.

JOHNSON: I don’t think so. I would argue that he could be that much better if he did no drugs.

Perhaps Johnson’s tale lends some credence to Reed’s claim that people that smoke regularly are stupid and lazy on a full time basis. But who am I to judge? 😎