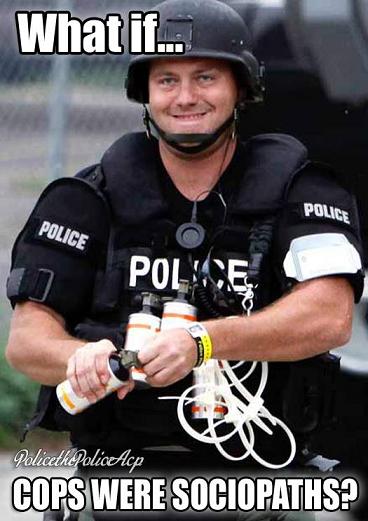 Please watch this video below….

When The Government write Bad Laws….. When Police ranks are peopled with Violent Thugs…. the wheels fall off Civil society and terror and chaos reign.
Why have faith in society when this sort of Evil is endemic to the system?
Why not join a violent gang… they are right… society is no better!

And guess what Sheeple…. you are just as guilty as these thugs because you have created this system…. yo have voted for it… you have done nothing said nothing against these outrages.
In fact most of you have said the Breakdown in Social order require even *heavier* response!
Every time you vote for politicians who campaign on ‘Zero tolerance’…. calling for greater police powers and the curtailing of individual rights and Just due process… you get blood on your hands.

The second amendment of the American constitution in particular was expressly written so that citizens can defend themselves from this sort of wicked State powers…. and of course the Socialists around the globe are working to disarm their populations and render citizens defenceless against their Brutal Government apperarti.

The current politically correct flow of western civilisation is in free fall towards Chaos and tyranny.
*Only the Libertarians* are working to stop this rot…. yet the Mainstream Media suppress this honourable movement and keep the sheeple in the dark.
We Libertarians are not anarchists.
We believe there is a legitimate roll for the Government and police… yet we must be Eternally Vigilant… and always ready to rise up when they overstep their just bounds and become the enemies of the people they are employed to serve.
I myself have plenty to say about how we can reform this culture of brutality and tyranny within the Police and re-establish them as the truly honourable profession the ought to be.
Will we get this chance?
Probably not. 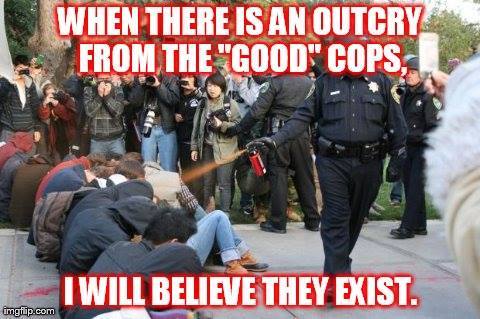 It’s scary to realise that the way things are going voices like mine could be criminalised and silenced.
The powers that be are trying to gain control over the internet and pass laws which restrict free speech.
They will ‘make examples’ of some of us to instil terror against protest and dissent.

The Nazi Dictum…. “Ping a few, and the rest will fall into line…”
Tim Wikiriwhi
Christian Libertarian.

Read more from me on these topics….

Virtual President for President! The Ugly Truth about Gun Control.

One thought on “Protect and Serve.”