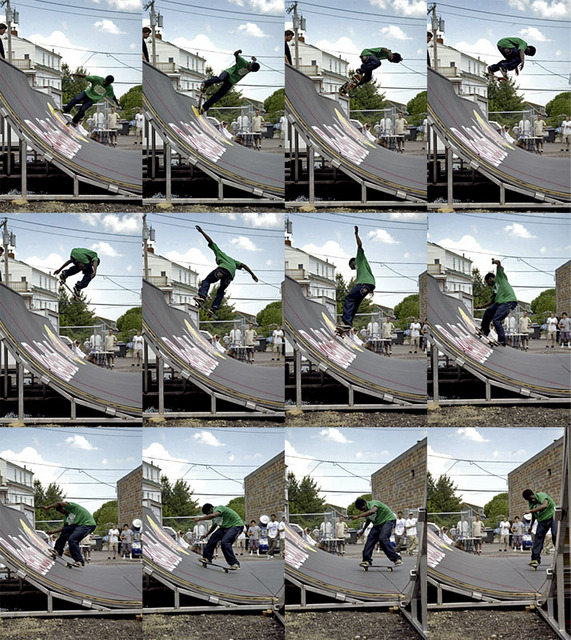 Associate Health Minister Peter Dunne has announced today that when parliament resumes the government will introduce and pass under urgency legislation removing from sale all remaining so called ‘legal highs’.

But here‘s what the Associate Minister of Health, Peter Dunne, said in March last year.

Currently, the onus is on the Government to identify the substances that are being sold, test them and prove that they warrant sufficient harm to be prohibited.

That approach has undermined our best efforts to keep our young people safe, and left the rather tawdry legal highs industry constantly one step ahead, despite our best efforts.

Instead of reversing the onus of proof like Peter Dunne said the government would, Peter Dunne allowed the sale of 15 novel, untested research chemicals to the general public. The safety profiles of these 15 chemicals was, and still is, unknown.

This approach, asking the industry to identify the substances that are being sold, but then not testing them and not proving that they warrant sufficient harm to be prohibited, for the entirety of a nine month “interim” period, undermined the government’s best efforts to keep our young people safe, and left the rather tawdry legal highs industry constantly one step ahead, despite their best efforts.

But now Peter Dunne’s reversed his U-turn and followed through on his original promise.

So, why are my fellow drug law reformers now complaining?

This Government is trying to hold back the rising tide of global drug law reform by any means necessary.
Once this massive wave of change has crashed down on their heads, they’ll all emerge from the backwash claiming that ending drug prohibition was their plan all along.

Holding back the rising tide of global drug law reform? I thought the Pychoactive Substances Act, now to be implemented as originally intended, was supposed to be world leading legislation? The government has made good on its promise, albeit nine months late, and is now making its best efforts to keep our young people safe. Isn’t reversing the onus of proof so the manufacturers of designer drugs have to prove they are safe before they can bring them on to the market exactly what you wanted? If not, why on earth are you supporting the Psychoactive Substances Act?

This subject is a political Hot potato at the moment because of the absolute spineless flip flop of the National party and Peter Dunne in regards to Legal Highs, and the Psychoactive Substances Act in the wake of Labour David Cunliffes desperate and dirty Election year tactics to ride the wave of mindless phobia, media sensationalism, and non-scientific condemnation of synthetic cannabis use.
We have witnessed a full revival of the Witch Craze… “Synthetic Reefer Madness” .

No. What we’re witnessing is the National government deciding not to be criminally insane and instead making good on Peter Dunne’s original prohibitionist promise. Again, I ask, why on earth are you supporting the Psychoactive Substances Act? In a couple of weeks, once the blanket ban on soon-to-be-not “legal highs” comes into force, we’ll back to peak prohibition. Peak prohibition was always the intent of the Psychoactive Substances Act. For heaven’s sake, it was masterminded by Peter Dunne! What else did you expect?! The testing regime, whereby only psychoactive substances proven to be “low-risk” (at the sole expense of the would-be distributor) are allowed to be sold, isn’t even in sight. That light you think you see at the end of the tunnel? It’s a train wreck in slow motion coming for you!

What can drug law reformers do now? Two things.

Second, give credit where credit’s due. Right now credit’s due to the Labour Party and, in particular, to Hutt South MP Trevor Mallard. Sign the petition now!

Are you against animal testing for synthetic drugs? We are.

The government hasn’t ruled out animal testing in the changes to the legal high laws yet. Labour’s suggested a change that’ll protect animals – but it’ll only be successful if enough of us put pressure on the government to do the right thing. So we’ve started a petition to put the pressure on. 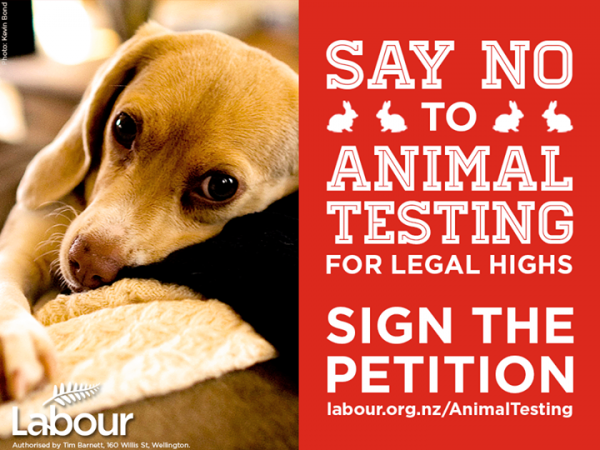