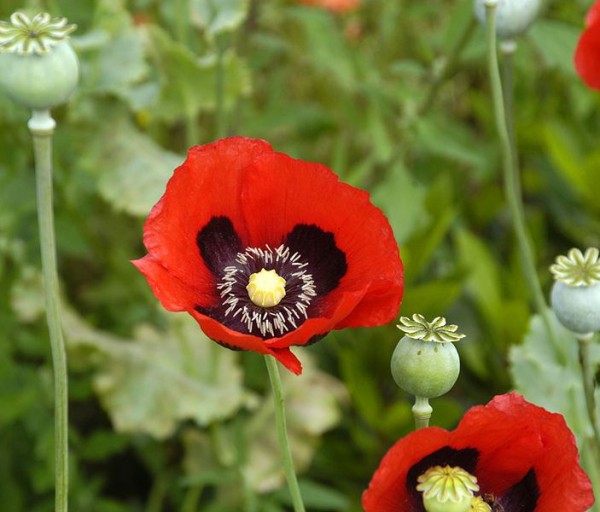 A picture is worth a thousand words.

Here’s a Biblical argument for euthanasing the terminally ill.

The argument relies on a couple of reasonable assumptions which I now make explicit.

And God said, Behold, I have given you every herb bearing seed, which is upon the face of all the earth, and every tree, in the which is the fruit of a tree yielding seed; to you it shall be for meat. …

And God saw every thing that he had made, and, behold, it was very good. (KJV)

I also assume that we can tell what a plant is for simply by looking at its actual uses. Take any plant. What’s it good for?

Now I’m fond of using Genesis 1:29 (“I have given you every herb bearing seed”) as an argument for legalising cannabis. The Aotearoa Legalise Cannabis Party exists to legalise cannabis for recreational, spiritual, medicinal and industrial purposes. I think the ALCP’s cause is righteous. And I don’t think it’s eisegetical to suggest that God gave us cannabis for our recreational use among other things but I do acknowledge that it can reasonably be argued that getting high is not among the uses God intended for it. No matter, I don’t think principled exceptions disprove the general rule.

Sometimes I meet the objection, but what about deadly nightshade? Did God give that to us to eat too? But this objection just lends further credence to my view that God gave us plants for more than just food. So what about belladonna? Well, what’s deadly nightshade good for? It turns out that belladonna is a medicine and dispensable to a healthy diet.

Belladonna tinctures, decoctions, and powders, as well as alkaloid salt mixtures, are still produced for pharmaceutical use, and these are often standardised at 1037 parts hyoscyamine to 194 parts atropine and 65 parts scopolamine. The alkaloids are compounded with phenobarbital and/or kaolin and pectin for use in various functional gastrointestinal disorders. The tincture, used for identical purposes, remains in most pharmacopoeias, with a similar tincture of Datura stramonium having been in the US Pharmacopoeia at least until the late 1930s. The combination of belladonna and opium, in powder, tincture, or alkaloid form, is particularly useful by mouth or as a suppository for diarrhoea and some forms of visceral pain

Which brings us to the miracle plant that is the topic of this post, the opium poppy. Surely, God intended us to use this plant for the strongest of strong pain relief! Morphine is the predominant alkaloid found in the opium poppy, and in the 21st century it is still the analgesic of choice for pain management in the terminally ill.

Jesus himself is said to have been offered a drink containing opium (according to one interpretation) on the cross, but declined to accept.

They gave him vinegar to drink mingled with gall: and when he had tasted thereof, he would not drink. (KJV)

Now to the argument. Morphine is not just an analgesic. It is also a respiratory depressant. It slows breathing and, in sufficiently high doses, slows breathing to a stop. Its effects as a respiratory depressant are inseparable from its effects as an analgesic, both brought about by activation of the central nervous system’s μ-opioid receptors. Is it by design that these two remarkable effects of morphine are, as it were, yoked together? I suggest that it is.

I suggest that morphine’s design ensures that when a terminally ill patient is in severe pain, and the dose of morphine administered is increased appropriately, it also tends to kill the patient. That’s euthanasia by any other name.

9 thoughts on “God’s gift to the terminally ill”