A story in tonights news feed has provoked me to write this blog… it is the story of… ‘A recidivist pāua poacher banned from fishing was caught collecting shellfish in 2017 but has spent the past two years eluding the court, claiming to be governed by a different law…’
Read more here

Taranaki’s Valentine Edward Albert said the Government had a different view than his own when it came to looking after the sea.

Now this story contains all the elements of what passes today as ‘Treaty issues’… about Maori attitudes to New Zealand’s laws … and much more… yet I want to discuss an aspect of this case that is almost never contemplated… the problem of ‘Collective ownership’ with regards to the dynamics of looking after such treasures as ‘fisheries’ for the well being of species, and for posterity.
So this post is basically about conservation.

Albert is a Maori who seeks to use his Race as an excuse for his rapine of Kaimoana…. and flouting the Law.
This time… in complete disregard for having been banned from fishing and collecting shellfish for prior offences, He was caught with 240 Paua when the legal limit is 10!
The issue then becomes… does he not give a damn about the survival of Paua… the very reason limits have been set at ten being to prevent rapine that would wipe out the Paua?
Apparently not!
So one thing is for sure… Albert is no ‘Caretaker of the land!

I want to explode the myth that Maori… or indigenous peoples anywhere are somehow more spiritually connected to the land and ‘naturally’ exhibit greater care and concerns for the ecosystems.
And so I ask you to think with me for a moment… Were Maori before 1840 really the Caretakers of the land as modern Maori radicals tend to portray their Noble and enlightened ancestors?
I think not.
let me explain why I say this… 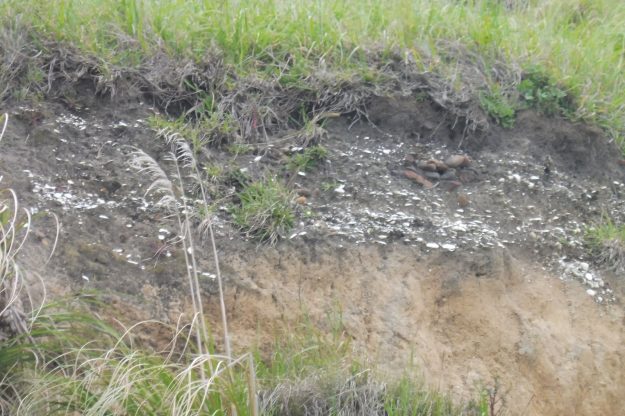 The Maori wiped out the Moa, and if it were not for European cows and chickens they probably would have wiped out the Kiwi and many other species by now.
This is not to put the hate on them, but to highlight a *massive problem* with 2 related systemic problems that are inter-related via the notion of ‘Collective/ Commons property…. 1. the tribal anarchy that existed prior to 1840 by which tribes only controlled fisheries at the point of the spear… ie… while they were stronger than their enemies… and under this system… moving outward from their Tribal center … hunter gatherers… they would move into an area and exploit it to the maximum… and then abandon it once they had depleted it as it was no longer worth defending…. and by this way they would devastate areas… evidenced by the tiny pipi shells found in middens on all hills, etc all about the coast that show they had *zero sense* of leaving the small pipi to ensure the fishery would survive… they only were concerned with the ‘here and now’.
That was then. 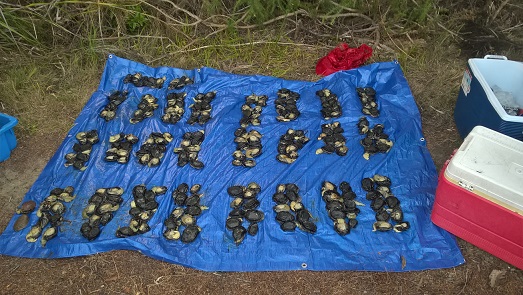 Now however we have a ‘quota system’ by which the whole fishery is said to belong to ‘everyone’, and yet the limits are such as to make it barely worthwhile bothering… and we see people prosecuted as ‘criminals’… for merely gathering kai… and it may indeed be true that these people again show a total disregard for the ongoing viability of the fishery… ie they *still* only concern themselves with their own immediate gains…. why?…. because just like the days before 1840…. *Collective ownership* equates to *no ownership*… ie when someone really *owns* something of value ie has title to it as a property right… even things like a pipi bed… they are far more likely to be concerned about its ongoing viability and will take care not to *Rape it to death!*
So… with these facts being true… species… and fisheries… and blocks of land with kiwi, etc, would be much better managed if they were all privately held… because that is how property employs self interest in insuring things are well managed.

yet as long as things like Pipi beds are held as collectively owned… they will be pillaged by people who have no vested interest in giving a Rat’s arse about their future…
This is just one of the gigantic problems of collective ownership.
And it was a characteristic of Pre-European Maori tribalism… and Albert show this attitude still persists.
Compare that to when Private interests are allowed to come into play with free enterprise… salmon farms, Oysters, Mussels, etc!
The result is plenty for everyone.

Socialist radicals fuel Albert’s attitude that the New Zealand law ‘doe not apply to Maori him’ …. its official doctrine that being a Maori entitles you to many things that the rest of New Zealand are denied.
So should we be surprised by his flouting of ‘Pakeha’ rules?
His attitude speaks volumes at to how far away so many Maori are to acknowledgement of the moral precepts that the rights of everyone are equal and that the law of the land *is as applicable to him as anyone else.
I contend this arrogance has relevance and explanatory power in why Maori Crime statistics are so atrocious.
They share his contempt for the Law. (this contempt is a matter I personally have a lot of first hand understanding about!)

There is a hell of a lot unsaid here…. yet this is just a blogpost and I’m hitting ‘Publish’.

One thought on “Were Pre 1840 Maori really super woke caretakers of the land? Nope!”