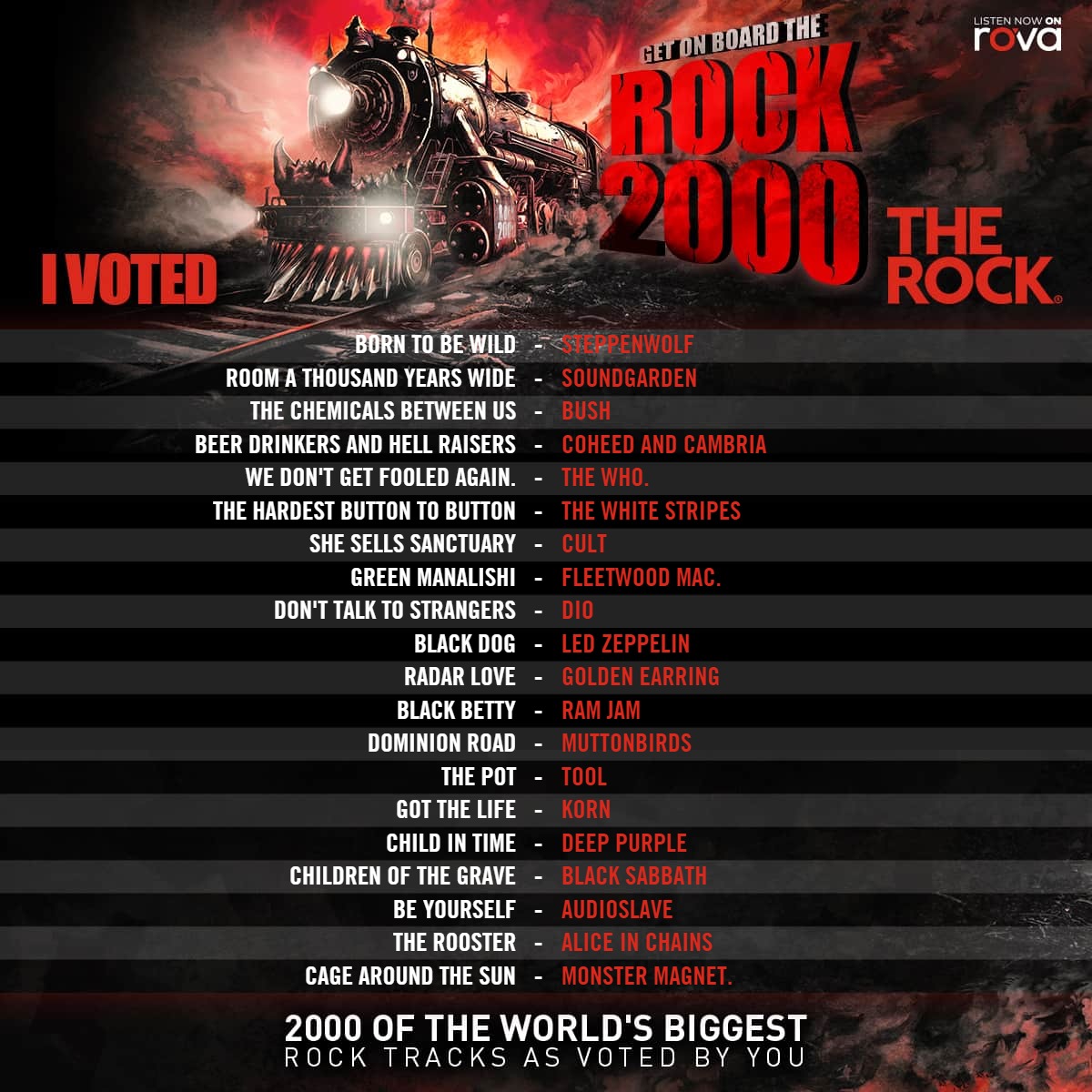 I finally submitted my 20 songs for this years Rock 2000.
It is never an easy choice.
I decided against just listing 20 Tool songs… or any double ups for that matter.
I also thought that the songs chosen had to have a bit of a ‘party beat’ rather than simply being Epic ‘musically’.
I also did not want to be restricted by the fact that some of my pics may not even make the 2000 list.
These were self imposed ‘rules’, everyone being free to make their picks howsoever they please.
I only write them here to explain how I arrived at my particular 20 from a longer pick list of 60… and why even this longer list excluded some of my favorite sounds… such as Pink Floyd… whose music tends to the darker side rather than upbeat party sounds…

It certainly is starkly different from last years list… and knowing my own disposition to modify my own standing… next years list no doubt will be different again…. and I will be willing to justify myself with a completely different set of concerns…. not that any of this matters to anyone other than myself.
It simply amuses me to record such thoughts to be able to review them later so that in retrospect I can smile at my own musical mystery tour….

Last year I won tickets to the main event down town Auckland… which was a blast.
I wrote about that here…. THE ROCK FM 2000, 2020. BANDS AND BEST SONG LISTS. CHEERS TO CARLSBERG BEER!
That post also includes a band/song list of over 800 which I put together as a prompt for future Rock 2000 voting.
It could help people write their list.

One special mention is Monster Magnet Space Lord made it to 1761!
Mind blown!

Apparently 7000 songs got voted for this year yet any songs that got less than 5 votes automatically get axed even before the list gets tabulated, and 5000 songs got 5 or more votes.

Metalica’s ‘One’ made it to number 10 and is the Rock’s best performing song over the years.
It has been number 1 four times, number 2 four times, and 18 times in the top 10.
It was their 52 song in this years countdown!

Update 14-9-21.
NOTHING makes me feel more happy at being a Bougan Westy and reminds me of why I love music more than listening to the Rock 2000!
It really is a celebration of My Culture.
Tim Wikiriwhi.