@Tim Wikiriwhi﻿tagging you as this is the main post requested.”

He also attached the following video…

I begin my critique….

Ok…. very interesting Ideas… yet when you analyze the premises we do not find true ‘Chaos’… but a chain of causation. Materialistic Determinism.
There is a lot going on here… for example the multi-pendulums appear to be behaving quite differently when in reality they are all obeying the same ‘natural laws’… so it is wrong to see this as any significant difference… or chaos.
The Lady says @ 3:18 ‘Our Future has not been written yet’ … which is contradictory to the fundamental premises…. for if we could describe the infinitesimal differences between the starting points of the pendulums, and other conditional differences they encounter (including Einsteinian level fluxations) in their motions… we could predict where their motions into the future and explain why they appear very different…. ‘no real chaos’ involved.
Under this cosmology everything we see in this universe must be explicable via an unbroken chain of natural causation all the way back to when the Big Bang exploded… including what you perceive as all your personal virtues… and vises…. unfulfilled hopes and dreams!

It is because things like Objectively binding morals and values cannot be derived from Materialist premises that those who are committed to the materialist idea are forced to arbitrarily deem such things to be illusory.

In the same way any notion of ‘Beauty’ also must be ultimately meaningless…. for beauty is a value judgement that has no place in the cold reality of Elements and motion… and yet we have a perception of Beauty.

now the ultimate question is this… can such ‘Chaos theory’… as enunciated in the video… working with the materials we find in this universe… have sufficient explanatory power to answer how it is we humans exist on this planet… orbiting the Sun?

My answer is an emphatic No!

There is a missing essential paradigm…
I will speak more of this tomorrow… yet lets contemplate the Space Station…. How it orbits the Earth… How in doing so it fully complies with the Laws of Nature…. and yet while it does not contradict the Laws of Nature… it’s existence cannot be explained in purely natural terms… via a chain of causation that leads back to the Big Bang.
There is a special element that needs to understood…. and I will leave it here… and carry on tomorrow. 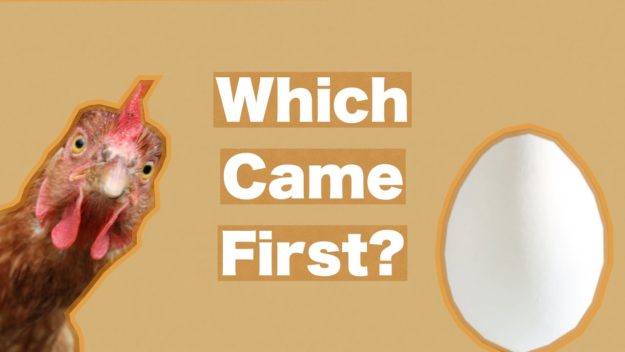 Just one or two or three more things to ponder… What was the cause of the Big Bang… from where did this universe ‘pop’ into existence? And what prevents your rationale from hanging upon the absurdity of ‘Infinite regression’? For If this universe is not eternal… it had a beginning… and if it had a beginning it must have had a cause… was there by your reckoning… an infinite chain of causation? Or Ultimately do you accept the necessity that there exists *some un created Ultimate reality*?
For the first question of Philosophy is …. ‘why is there something rather than nothing?’