The Aotearoa Legalise Cannabis Party took a big hit in Saturday’s general election. I don’t mind saying that I’m somewhat disappointed. (It’s my party – I’m the Vice President – and I’ll cry if I want to.)

I was optimistic that we’d double our vote and achieve 1%. I never doubted that we’d stay safely above 0.5%. But we didn’t. So what went wrong?

Before we get to that, let’s take some big bong hits. All our candidates did well in their electorates, and their individual successes are worth celebrating.

Preliminary vote counts are highlighted in the table below, with some comparable figures from the NEW ZEALAND ELECTION RESULTS from the previous two general elections in 2011 and 2008. (Figures in brackets may not be the same candidate, the same electorate or the same party. Two out of the three.)

Clear star of the show is Emma-Jane Kingi harvesting 838 votes in the southernmost Maori electorate of Te Tai Tonga. EJ, you rock! Also a very strong showing from Jamie Dombroski harvesting 608 votes in the New Plymouth electorate. Solid numbers too from the ALCP’s Leader Julian Crawford and Deputy Leader Abe Gray in the Dunedin South and Dunedin North electorates respectively. (The numbers in brackets are Julian’s results from 2011 and 2008 when he ran in the Dunedin North electorate.) And well done to budding newcomer Robert Wilkinson representing the party in the Christchurch Central electorate.

I’m happy enough with my own preliminary result of 332 votes in the Mana electorate. I expect a few more votes when the special votes are counted and the Electoral Commission announces the final results early next month. But my tally right now is exactly the same as last time. It’s significant that I got over 5 times as many votes standing under the ALCP banner this time and in 2011 as I did in 2008 when I was a Libertarianz Party candidate. Whose mast you nail your own colours to matters a great deal. I’ve included a couple of candidates in the table above who stood as ALCP candidates in previous elections, but who went their own ways this time. Both Steven Wilkinson and Fred Macdonald stood as Independents, and both more than halved their yields.

Satisfying results from our other candidates too, albeit slightly down on previous figures at this stage. I’d anticipated a few more votes for rising star Alistair Gregory who ran a stellar campaign in Wellington Central. In fact, the not quite comparable numbers in brackets are votes won in previous elections by Michael Appleby, the ALCP’s locally well-known leader and brand-recognised figurehead since the party’s inception in 1996 until he stood aside late last year. Suffice it to say, Ali had big shoes to fill.

But I think there’s another reason that Ali’s (and Jeff’s and Adrian’s) vote counts were down a little on previously (and also why Julian’s and Abe’s vote counts were steady despite Dunsterdam being this election’s ALCP campaign headquarters). They all had competition in their electorates from Internet Party candidates. Which brings me to what I think accounts for the significant drop in the ALCP’s party vote. 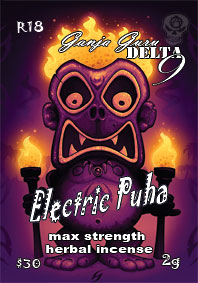