Killing Whales To Save Them (Part 1), was about animal welfare. Part 2 is about conservation. It’s about not depleting our ocean fisheries of fish. And it’s about not driving species (such as whales) to the verge of extinction. 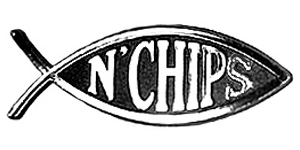 Today’s post was partly triggered by TVNZ 7: Freedom has a Price, a recent post by atheist Mark Hubbard on his blog Life Behind the IRon Drape. Damien Grant has it exactly right in his comments on Mark’s post. Since he’s pretty much pre-empted what I was going to say, I’ll copy and paste.

I do not want them to die and I have no faith that fisherman will act in their own best interests.

Save the Flake! Regulate! (repeat)

If the fish had an owner they would not be farmed to extinction. The solution is simple, they need an owner.

It does[n’t] really matter who, but if there is an owner the market can work. If there is no owner you get the tragedy of the commons.

Once done you … have fish and freedom!

… ocean fish are not the products of men’s minds. But they’re scarce. Scarcity, not production, is the basis of property rights.

I’ll spell this out explicitly … after lunch. 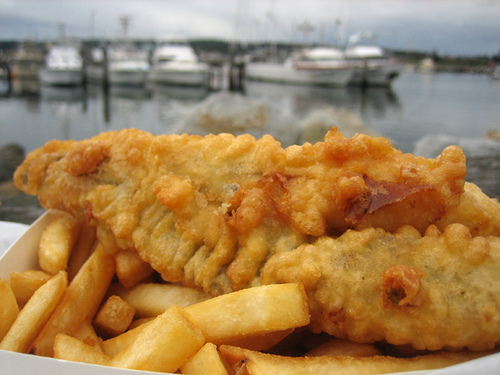 The scarcity theory of property, you see, is the answer to a pressing question, viz., how do we allocate scarce resources in a free society? Whereas, the production theory of property is not the answer to anything. It says that if you produce something, or add value to it, then it’s your property, whether you like it or not. I don’t know about you, but if I found myself alone on a desert island, I would eat mangoes. It wouldn’t worry me, or anyone else, in the slightest that they either were or weren’t my mangoes. (Actually, it would worry me if they were my mangoes. I’d be asking myself, why on earth are these my mangoes? And then I’d eat them. To ease my metaphysical anxiety.)

But let’s get back to fish … before I get the urge to pop across to the supermarket for some mangoes. 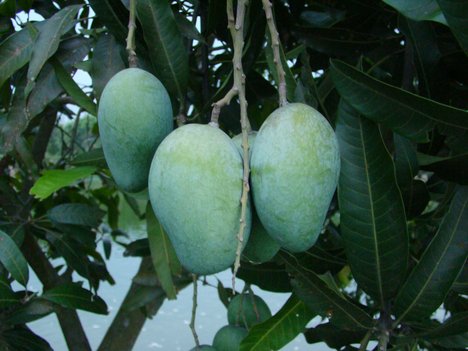 So, yeah. Two common types of property are tangible goods and land. Both are in scarce supply. The scarcity theory of property handles both types of property. The production theory of property, however, struggles with land. Either it relies on “improvements” to the land to make it property, or it relies on an ad hoc “finders keepers” add-on to the theory. Elegance is an epistemic virtue, and either version of the production theory applied to real estate is inelegant, don’t you think?

Now let’s go to the fish. Ocean fish are not the products of men’s minds. Someone who subscribes to the production theory of property plus the “finders keepers” add-on can say that ocean fish become property as soon as they’re caught. They can say that the fish belong to no one until such time as they’re caught. But this way of thinking leads quickly to the tragedy of the commons. Like a gold rush, there’s a fish rush. And, soon, there are next to no fish left. Casting a net for fish becomes like panning for gold. There’s an occasional fish here or there in a net full of nothing. Seemingly, only the heavy hand of statist intervention can rectify the situation and save the fisheries. And libertarianism is severely compromised.

It need not be so! The scarcity theory of property tells us that ocean fish are a scarce commodity and should, therefore, be privatised! How this privatisation is implemented is not as important as the privatisation itself. Allocating quotas, or particular species, or geographic areas of ocean, to interested parties who apply for commercial fishing licences solves the problem of the tragedy of the commons which is the natural outcome of applying the production theory of property to ocean fish. A Ministry of Fisheries (albeit, a very small one) is a legitimate arm of government.

Privatise the whales, too! This can be done by literally tagging whales, there’s so few of them left. And privatise kiwis! If private enterprise was permitted to farm kiwis for food the kiwi would no longer be an endangered species. (Imagine what a hit real kiwiburgers would be with the tourists!) It’s all so common sensical it’s no wonder the government hasn’t seriously considered the proposal.

5 thoughts on “Killing Whales To Save Them (Part 2)”