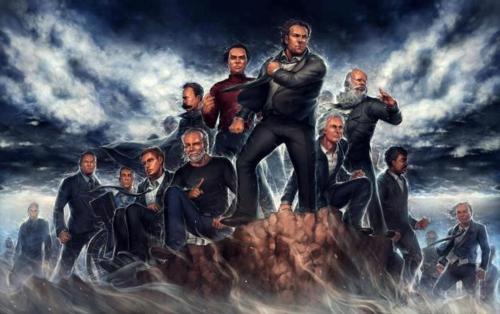 Without wasting too much precious time, I wish to hack off another limb from the Mythical Atheist Beast.
It is connected to that absurd delusion that reason and science are the preserve of Atheism…

Many Atheists rationalize that the theistic mind is given wholly over to Superstition and Mysticism, and as such opposes Naturalistic explanations and scientific progress. They love to quote the common interpretation of Galileo’s conflict with the Roman Catholic church re The Heliocentric model of the Solar system as being typical of The Religious mentality, and other such gems as ‘American Farmers superstitious attitude towards Jefferson’s scientifically designed Steel plow replacing the wooden Old world style plow ‘proposing the steel ‘would poison the soil’.

It is via such arguments that Atheists sit smugly in their assumed intellectual and rational superiority, and further argue that with the advance of Naturalistic science God himself will be increasingly squeezed out of existence… there being nothing left for him and his hocus pocus to do.

Now I of course understand that superstition and myth has always been a problem for mankind and that it does thrive in ignorance, yet I would argue that Atheists are not immune to either.
I suggest that atheism is itself a form of Anti-scientific superstitious Ignorance!
Yet let me show you that contrary to the Atheist assertion that Theists are quick to accept Superstitious explanations for phenomena , that Judeo-Christian theism has always maintained strong opposition to superstition, and condemned it, and that The Judeo-Christian cosmology embraces the idea that the Natural realm obeys Natural Laws.

First of all The Book of Genesis states that after the six days in which God had restored the Universe to order and created Man, that on the seventh day he rested from his work.
…and yet the Universe continued to function!
This shows that not only is God distinct from the universe, but also that it does not require any ‘work’ from God to function. Ie He has set it up so that it maintains itself and operates independently.
Thus while Egyptian and Maori myths may say that The Sun rises and sets according to the ‘work’ of deities and spirit beings, the bible does not say this.
The Bible says The Universe operates according to the Order of God’s design. 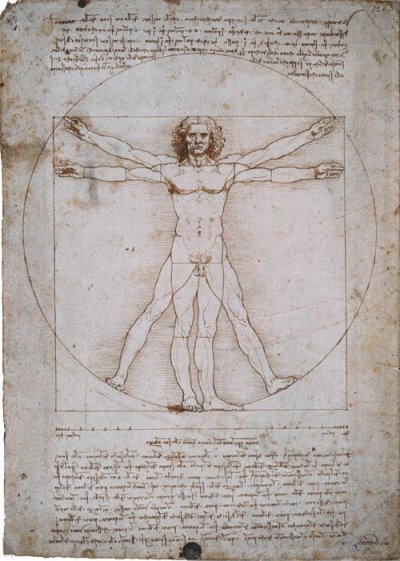 It was in appreciation of this Divine order that Einstein said that the Natural Laws inspire Awe and reveal super intelligent design.

“God is a Geometer”. “God forever arithematises” saith other Mathematicians.

Now let’s see how the Bible disproves the Atheists idea that Biblical theism corrodes the mind and renders a believer susceptible to superstition and mysticism by looking at biblical accounts and personalities.

Let’s consider the Birth of Isaac, which was a Divine intervention into the Natural order.
Now The Book of Genesis lays out the strict Natural Laws of Kinds… Humans give birth to Humans, fish to fish, Sheep to sheep, etc.
Furthermore in 2000 BC, it was understood by Experience that a woman’s natural ability to bear children was limited to her youth.
This was Natural.
And so when Abraham told his aged wife Sarah that God was going to ‘open her womb’ and that she was going to bear him a son… she did not automatically… superstitiously believe Abraham.
Instead she laughed! (Isaac means Laughter)
This is because she knew that ‘Naturally speaking’ she was too old to have children, and that though she believed in God, still she did not expect ‘Divine intervention’ to step in and alter the natural order of things.
Yet She did fall pregnant, and History was forever altered.
This shows that Sarah’s Naturalistic rationale, though understandable was wrong!
That God can and does intervene in the natural order when it suits his purposes to do so.
This is what miracles are.
Rare and exceptional interventions.

What is important to appreciate in this historic account is that Sarah displayed what we today might call ‘a healthy skepticism’ towards miraculous interventions of the Natural Order.
This attitude explodes the atheist notion that Theists are Brain dead morons given to swallow suppositious and mystical ideas and fables.

We find this same attitude… a resistance to accept supernatural explanations… in the events that surround the incarnation. When Righteous Joseph discovers his espoused Woman Mary is Pregnant with Christ, Knowing how woman get Pregnant he naturally assumes she has had sex with someone else and was thinking about ditching her.
It was only when he is visited by an angel whom explains Mary’s miraculous condition that he accepts Mary has been faithful and that the Child she is carrying is very special.
Again this account shows that the Jewish Theistic mind does not leap to supernatural …’Superstitious’ conclusions. 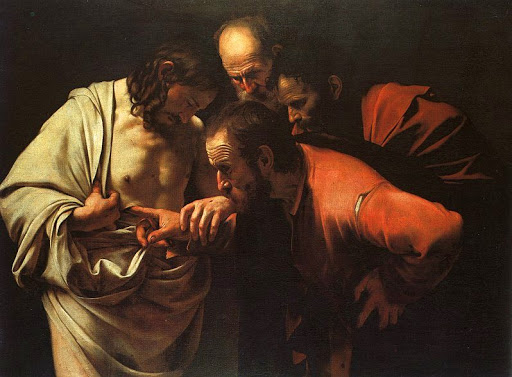 When Miracles do occur Theists can be very stubborn and slow to accept them.

When The woman returned from Christ’s tomb declaring he had Risen from the dead the response of the Disciples is a natural incredulity, not belief.
They check the tomb themselves, and discuss it as a mystery. Thomas Refuses to believe it point blank…unless he puts his fingers in Christ’s nail holes!
Christ Obliged him.

The Miracle of the resurrection changed World history. The Disciples of Christ, and the Apostle Paul were willing to die for the testimony that Christ really did rise from the Dead.
This was not something they herd.
This was not an ideological ‘faith’.
It was something they witnessed as really happening!
A real time event… an Extra-ordinary Empirical Fact!

The reality is Miracles only have the power to amaze if the person recognizes them as deviations from the normal nature.
The miracles of Christ we see this truth.
Ie whenever Christ performs a miracle it creates a sensation!
People are well aware something unusual has occurred.
That is why Miracles are considered ‘Signs and wonders’ because they violate what is known to be the understood Natural Order of Things!

The Narrow Atheist mindset is a throwback from the ignorant past when Materialists assumed the Universe was Eternal. Though this cosmology has been overthrown, Atheists have clung to their superstitions, and would still have you think that The Natural order is absolute, and thus to believe in a supernatural realm is to be utterly deceived, yet the reality is That The natural order is a temporal, and finite, and dependent orderly system, which exists within a greater Super-natural/ primary reality… ie It is within the bounds of modern science to say that there was ‘a time’ when this universe did not exist, and neither did the Laws of physics as we know them.
True Science has caught up with the Bible!
The Universe is a created thing, and there is no good reason to say that super-natural events can not or have not ever taken place within the universe.
Statements such as ‘Miracles never happen’ are articles of blind faith… an unsubstantiated dogma which contradicts some of the Greatest milestones of recorded History.
To maintain this they enter into far fetched and convoluted attempts to explain away these recorded miraculous events of history like the celebration of the Passover, or the disciples belief in the Resurrection of Christ… in Naturalistic terms… eg they conjecture that Christ faked his death… or that his body was stolen… and one of their chestnuts they like to employ is thir delusion that ‘primitive theistic minds’ were ignorant of nature, and thus quick to accredit mystical causes for things they experienced.
Yet as my post has shown. Jews living 2 millennia ago were not ignorant of the natural order, nor were they quick to claim miracles or other supernatural explanations for things.

Thus the Atheist notions that theism necessarily corrupts the mind is proven false… It is their arse which is hanging out in the breeze! 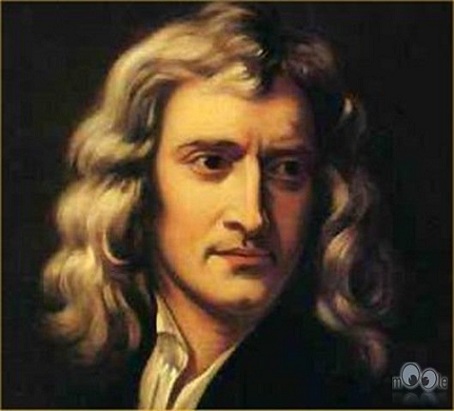 Their delusion is also exposed by the reality that most of the greatest scientific Minds have been also men of Religious faith.
Science owes a great debt to Theists.
Thus it is the atheist whom is found to be self-deluded and irrational with their false dichotomies between Religion and science, between Faith and Reason.

I have encountered several times the Delusion of atheists that men of faith like myself are incapable of understanding how the Natural world functions and so have expressed that they would not trust in my capacity as an engineer!

Again Reality shows up just how Pompous these atheist delusions are.

My religious faith makes me a better Engineer than many of my contemporaries, not because I am more intelligent, but because it imposes ethical standards of behavior.
God is not the Author of confusion.
I aspire to emulate his Reason, and Purpose, and Art.
In environments of Laxity and poor work culture, my Christian Ethics drive me to resist the flow of apathy and maintain High Order discipline and Methodology even when I am Tired, or angry, or see that nobody else gives a damn.
This results in a consistently superior quality of workmanship …Better Engineering.
Christian Ethics inspire me to do an Honest Job, to go the extra mile to provide Good value to those whom employ my service, and not to cut corners to maximize my personal profit.

Consistent adherence to these ethics helped Me out perform hundreds of others to win ‘Contractor of the year 2012’ at Fonterra Te Rapa.

As a scientist, Christian values ought to keep your integrity to objective truth, as a higher priority than serving corrupt political agendas… like Global warming, etc… resisting the urge to provide Pseudo scientific endorsements of Ideas which may Bring personal wealth and Status via, government funding and pandering to popular delusions.

Thus it is that not only does Theism *not render me stupid and irrational*, It actually inspires Betters Engineering, Higher standards of scientific Rigor, etc… the very opposite of what Atheists assert.

Thus it is the Atheist whom today suffers superstition. They have deluded themselves as to the Efficacy of Theistic faith in stimulating, integrity to objective truth, and superior prowess via self-discipline in the Secular arts and in reason.

We live in a secular society which has actually Banned the teaching of Creation science and Christian values in our schools, thus is their any surprise that Today Science is in Disorder?
That Scientism and Atheism dominate our centers of learning and permeate the values and ideals of our society?
Secular Science has not saved us.
Science has been corrupted by Politics, Profit, and Atheism, and Atheist Pseudo science has in turn corrpted our politics and ethics.
Materialism has ‘successfully’ exorcised Man of his God given inalienable rights and unchained the Totalitarian secular state.
Materialism has destroyed Moral absolutes and rendered all ethics to be merely culturally relitive or Evolutionarily ‘expedient’.
Every type of phobia and crackpot idea is served up to us on a scientific dish.
The result is chaos and confusion… mass supperstition and delusion!
This is what the result of Materialism has been.
Divorcing Science from Theistic ethics.
Tim Wikiriwhi
Christian, Libertarian, Dispensationalist, King James Bible believer.

4 thoughts on “Faith, Science, and Reason. The Pomposity of Atheism.”